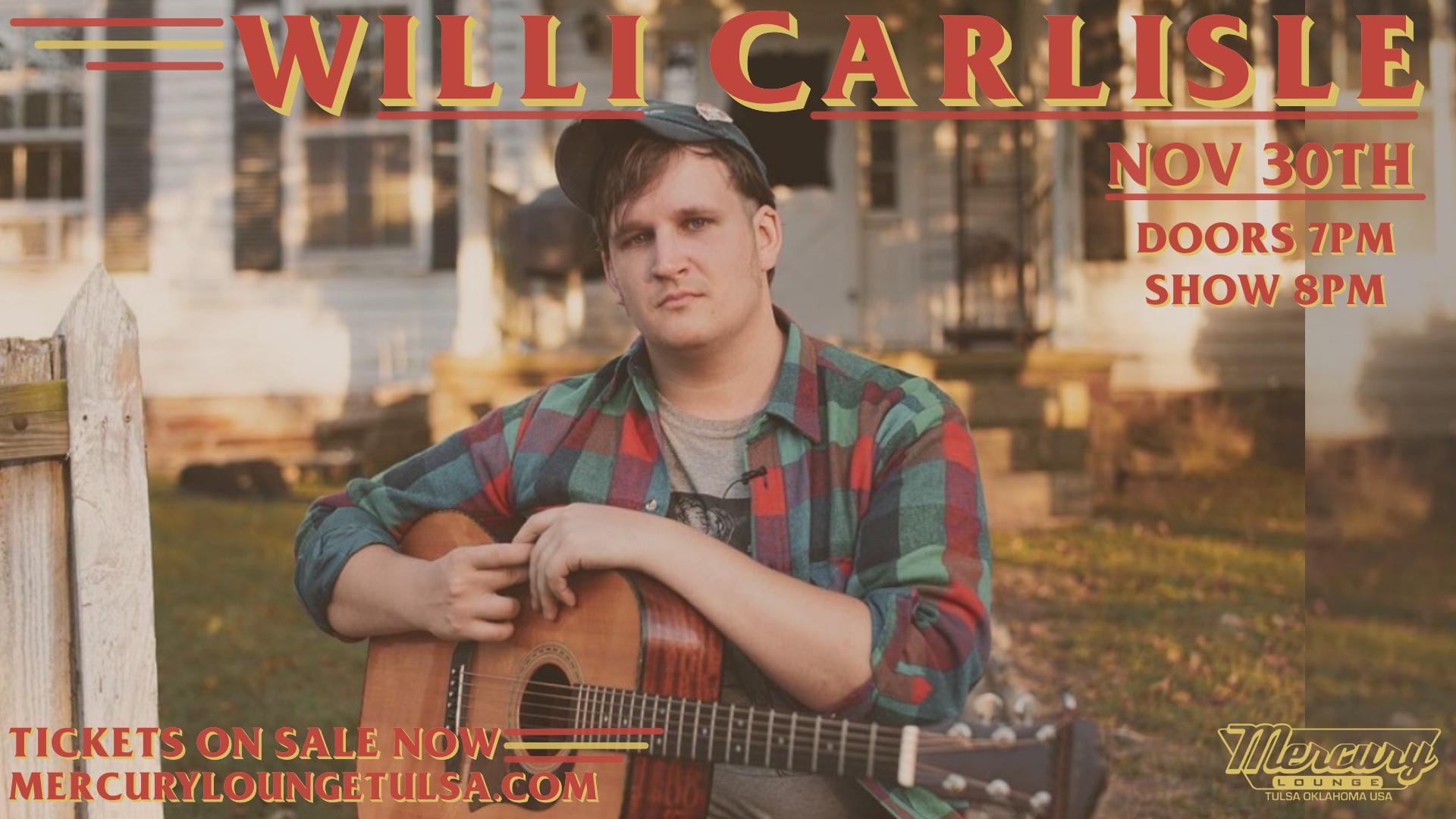 Willi Carlisle is a folksinger and storyteller based in Arkansas. With years of collecting
folklore, calling square dances, mentoring under old masters, and tirelessly touring festivals,
honky-tonks, and house-concerts, Willi Carlisle is a multi-faceted writer, performer, and
instrumentalist with a big voice, a banjo, fiddle, guitar, button-box, and more.
After his all-oldtime-music debut in 2015 with Allison Williams (Old Ties) and several
Ozarks-focused folklore exhibitions, Willi released a debut EP of original songs, “Too Nice to
Mean Much,” in June 2016. After a year of touring, Willi settled in with producer and director
Joseph Fletcher to design his award-winning folk-music play, “There Ain’t No More.” In the
2017-2018 touring season, the solo storytelling/folk-music show won ten awards and was
performed over 100 times at festivals, colleges, and arts centers. Willi then returned to Arkansas
to record “To Tell You the Truth,” a stripped-down, live album of 12 folksongs and originals that
the Arkansas Democrat Gazette says “stand on their own, lyrically and musically.”
Willi’s newest project is an album and performance piece titled “Peculiar, Missouri,” a travelogue
story in folksongs and field-recordings. Produced by the Grammy Winning Valcour records, the
album is poised to synthesize his heartfelt and historical approach to storytelling.
In the meantime, he’s been publishing his fieldwork and music writing in places such as The
Journal of American Folklore. His last year of touring will take him from Maine to California,
Texas to Manitoba, Alaska to the United Kingdom, and he’s occasionally playing on stages with
Grammy-Winning acts like Dom Flemons and Los Texmaniacs or with rockers like Cory Branan
and Shawn James.
With a style forged in the fire of Ozark oldtime music and his ever-growing collection of antique