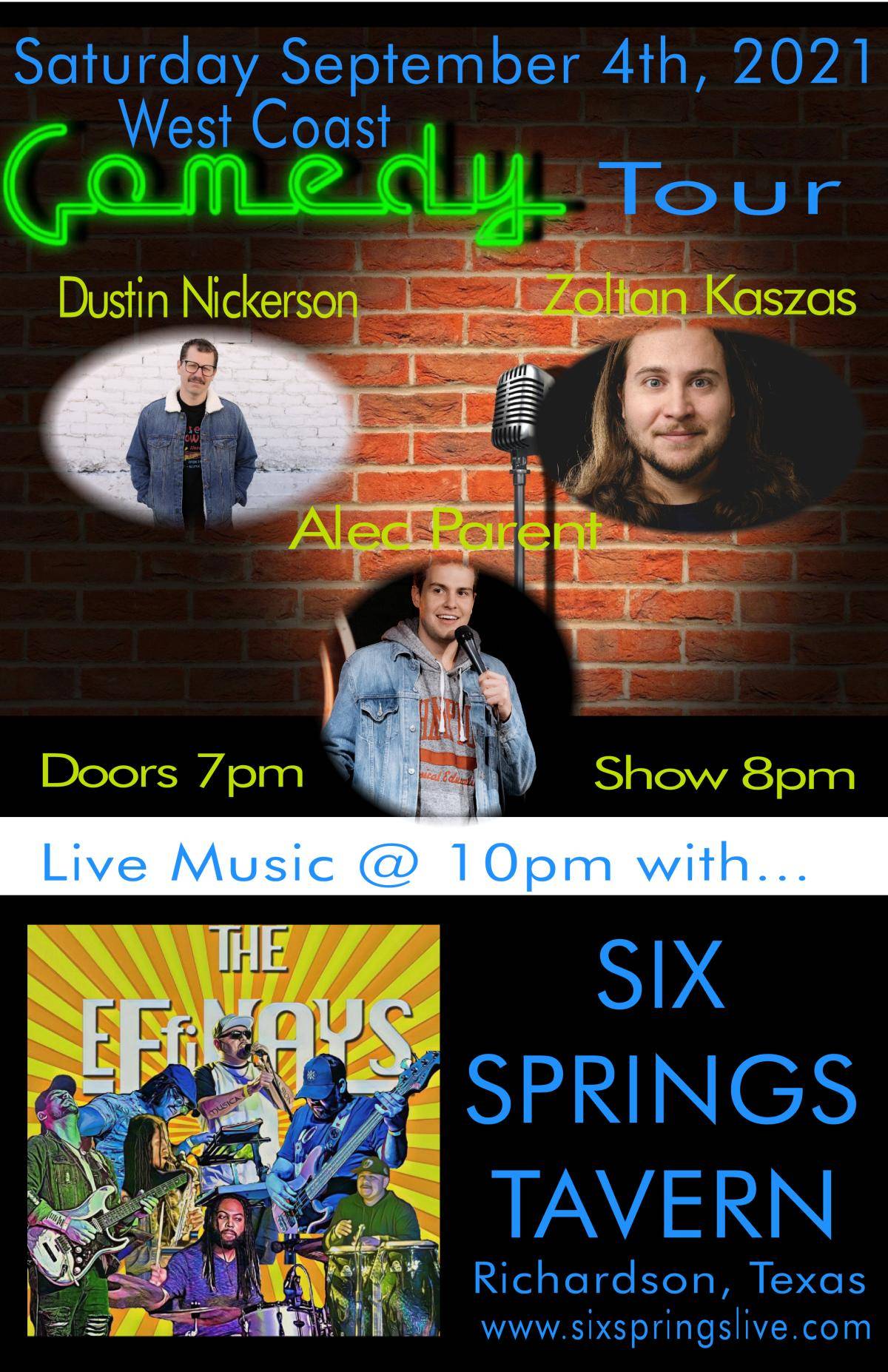 A Seattle native now suffering in Southern California, Dustin Nickerson is an in demand comic on the rise. In 2020, he released his debut comedy special Overwhelmed on Amazon Prime. This is in addition to being featured on Comedy Central and Netflix with Kevin Hart, appearing on Fox, Hulu, the Grand Ole Opry’s Circle Network, and regularly being heard on Sirius Radio XM. Dustin describes himself as “the world’s most average person” but is far from it when on stage. He brings you into his life through his jokes about the struggles of parenting, marriage, and being generally annoyed by most people. At just 36 years old, Dustin has been married for 16 years and has three kids! This helps makes Dustin truly one of the most unique voices in the comedy scene.

Zoltan Kaszas was born in Budapest Hungary and moved to the United States on July 4th 1991.

At the age of 19 Zoltan was settled into his new hometown of San Diego, California where he got into the world of stand up. Zoltan’s been seen on Dry Bar Comedy, Laughs On FOX, heard on SiriusXM, read about in The Atlantic and has won The Seattle International Comedy Competition and The San Diego Comedy Festival

Alec Parent is a stand up comedian whose likable demeanor and sharp jokes have won over crowds across the country. He was named a finalist in the 2019 San Diego's Funniest Person Competition and performs regularly at the Comedy Store in La Jolla. Currently he hosts the cable TV show “Life on the Road” which follows him as he travels around the country living out of a van and doing stand up comedy.

The Effinays is a funk/rock/reggae band from Dallas, TX. The band formed in 2007 and originally performed as an instrumental unit throughout the Dallas/Ft. Worth area. In 2011, the band revamped the entire line up, except for one of the founding members and morphed in to the comedic, old school funk, classic rock, reggae with flashes of Latin grooves band that one could clearly sense that they enjoy what they do. The band has performed alongside Grammy Award winning artist and other notable artist such as Snoop Dogg (Lion), Grupo Fantasma and Ozomatli, War, The Black Crowes , B-Side players, Nappy Roots, Arrested Development, Cas Haley and many other artist.  Each member of The Effinays hails from different musical upbringings that they blend together effortlessly as one unit,.