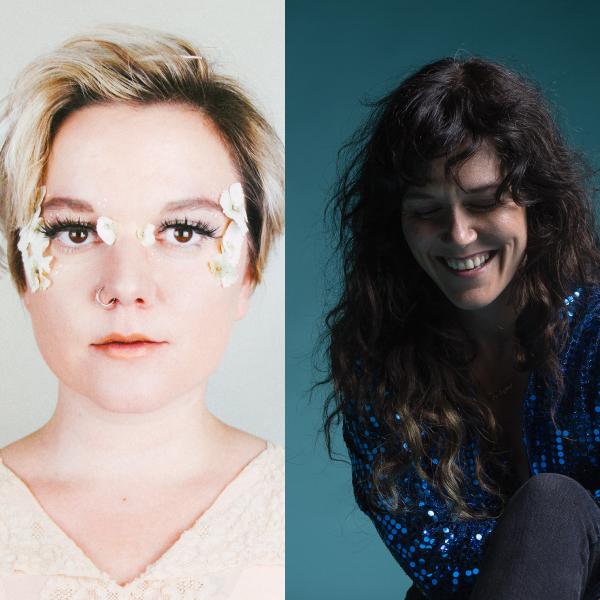 Daughter–her first album in four years–marks the triumphant return of Lydia Loveless, and documents a period of personal upheaval, including a divorce and an interstate move away from her longtime home. Left feeling unmoored and adrift, Loveless worked to redefine herself, both in her own mind and within the context of the world. Written with her characteristic candidness and razor-sharp wit, Daughter is a self-aware journey into independence.

In 2016, Loveless released her third record Real, which built on the success of her 2014 breakout Somewhere Else. The albums were embraced by critics and listeners alike, with her fanbase growing to even include some of Loveless’ heroes like Lucinda Williams and Jason Isbell. Those luminaries would become tour mates as Loveless and her band lived out of suitcases, working tirelessly in support of the releases. It was a time filled with many exciting firsts like TV appearances and performing at festivals (CBS This Morning: Saturday Sessions, Stagecoach Festival, AmericanaFest), but this strenuous time on the road wasn’t without its costs.

Loveless returned home exhausted, feeling she could no longer function at such a demanding level and longing for an overdue break. The next few months were marked by intense change: Loveless parted ways with her husband, who also played bass in her band, and moved away from Columbus, Ohio, which had been her home for years. She was left feeling disconnected from herself and everything she thought she knew. “I felt frustrated with myself for going straight from my tumultuous teen years into a marriage so that I could feel safe, and right when I was getting out of the situation, people around me were settling down and having kids. I felt lost and inexperienced,” Loveless explains. “Meanwhile the political landscape was turning even more bleak. Many men were coming around to feminism because they had just had a daughter. I’d see billboards on the side of the road imploring people not to hurt women because they were somebody’s daughter or sister or mother. And I was living as an individual for the first time, and don’t have maternal desires. My family was in turmoil so defining myself as a daughter or sister didn’t give me much comfort.”

Relocated in North Carolina, Loveless began to focus on herself. With her band hundreds of miles away, she set up a home studio to figure out how to make music in a more isolated way than ever before. The songs didn’t always come easily, but Loveless found unexpected inspiration in learning to use new techniques and gear (including analog synthesizers and a drum machine), as well as writing on piano more than guitar. The process helped her stay out of the way of her songs: “I had to make do with what I had to get the sounds I was looking for,” she says. “When melodies are coming to you frantically while you attempt to program equipment you don’t have a real understanding of, it frees you up lyrically as well. I got to really know what I wanted to say.”

Still unsure if these new songs would become an album or not, Loveless traveled to Chicago, Illinois, to record with Tom Schick (Wilco, Mavis Staples, Norah Jones) at The Loft. “For the first time I felt completely insecure about what I’d made,” she explains. “But recording brought things back into focus. I couldn’t back out of playing and explaining my songs and vision.” Her longtime accomplices–multi-instrumentalists Todd May and Jay Gasper, and drummer George Hondroulis–eventually joined her in the studio, with Loveless playing bass on a few songs for the first time in 10 years, and piano on a recording for the first time ever. The album began to take shape over three sessions and Loveless, working closely with Schick, pushed herself to chase the new ideas, sounds, and directions that make Daughter a revelation.

Lilly Hiatt felt lost. She’d just returned home from the better part of a year on tour in support of her acclaimed third album, ‘Trinity Lane,’ and, stripped of the daily rituals and direction of life on the road, she found herself alone with her thoughts for the first time in what felt like ages.

“When you’re out there on the road, you’re just kind of living, and you don’t have the chance to stop and think about how everything you’re experiencing is affecting you,” says Hiatt. “When I got home, I realized there was a lot I needed to catch up on.”

So Hiatt did what’s always come most natural to her in times of questioning and uncertainty: she picked up a guitar. Over the course of the ensuing winter, she wrote a mountain of new music that grappled with her sense of self and place in the world, reckoning with issues that had been bubbling beneath the surface of her subconscious in some cases for years. The result is ‘Walking Proof,’ Hiatt’s fourth and most probing collection to date. Produced by former Cage the Elephant guitarist Lincoln Parish, the record walks the line between Hiatt’s rough, rock and roll exterior and her tender, country roots, exuding a bold vulnerability as she takes a deep and unflinching look in the mirror. What emerges is a newfound maturity in Hiatt’s writing, an abiding sense of calm in the face of chaos as she learns that sometimes, you have to let go in order to get what you want most.

“It’s crucial to live and let live, to be able to accept things for what they are,” says Hiatt. “Coming to terms with those sorts of boundaries has inspired a lot of growth in me lately, and I’ve realized that it leads to better outcomes in relationships and in art. Things seem to bloom if you can just get out of your own way for long enough.”