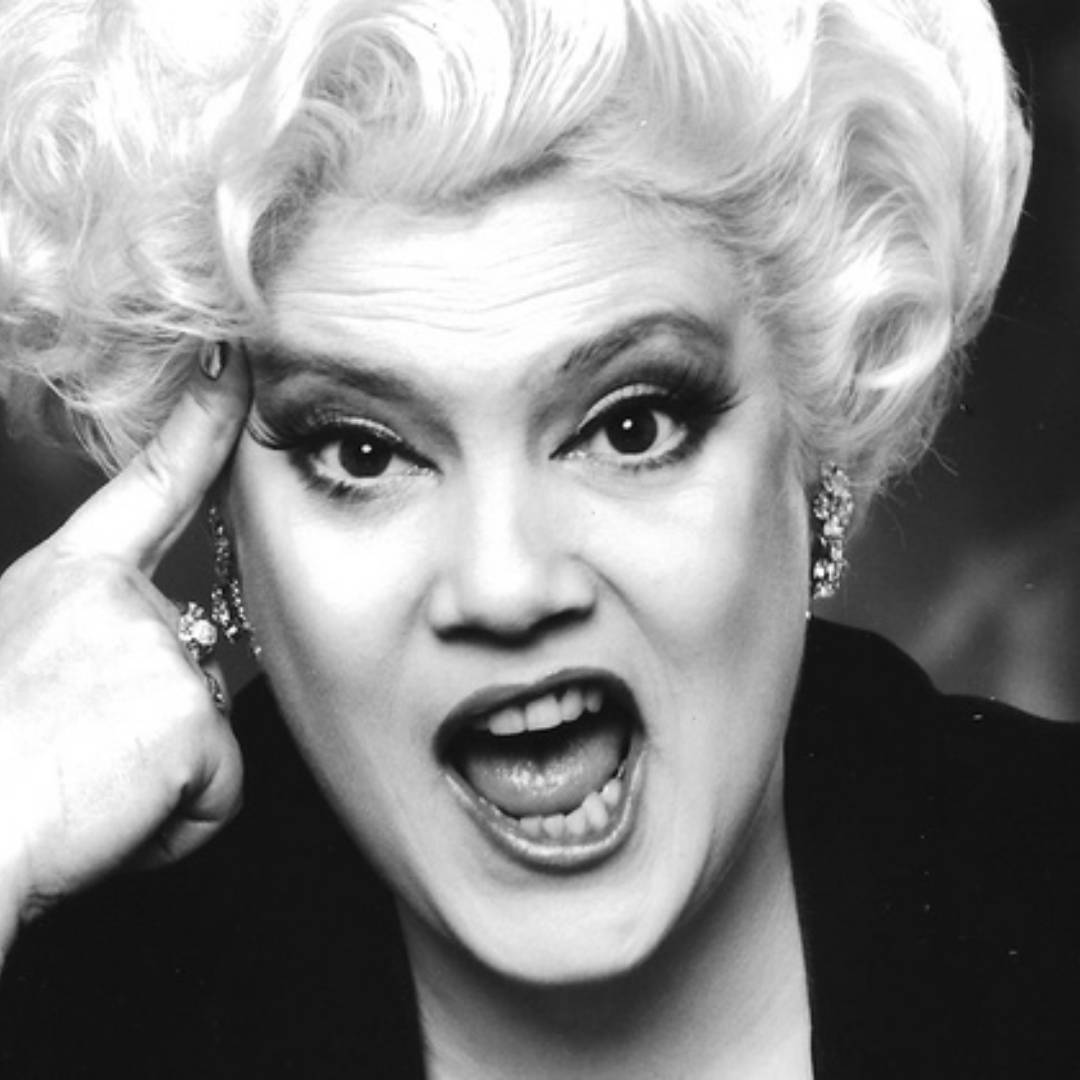 She is a whirlwind of extremes. A formidable singer, no holds-barred        comedy presence, and an unstoppable entertainer. To underscore those performance attributes is her Tony Nomination, the prestigious Theater World Award, two Lifetime Achievement Awards and a mantle overflowing with show business awards and accolades. Not to mention scrapbooks filled with critics’ raves and praiseworthy notes from fans.

When she is onstage Ms. McNight strips away all vestiges of traditional Halloween costumes as she conjures her multiple personalities and talents in the form of witches, Divas, movie stars and other delectable characters from her extensive list of audience favorites.

It is an evening of sheer entertainment with wonderful songs, high anxiety performance and laughs…good old fashioned belly laughs.

In 2019, Sharon was honored for her participation and support to AIDS organizations and persons with AIDS when her name was engraved in       Circle of Friends on San Francisco’s AIDS Memorial in Golden Gate Park.

Sharon is a native of Modesto, CA, a graduate of San Francisco State University where she received her BA and MFA degrees. She made her debut standing on a stack of beer cases in a neighborhood bar in the Castro district. It was not long before she was headlining at every major San Francisco cabaret and making her entrance onstage on Broadway in Starmites. Her performance earned her a Tony Nomination and a Theater World Award. She has headlined from Moose Hall to Carnegie Hall and many prominent venues Nationwide!