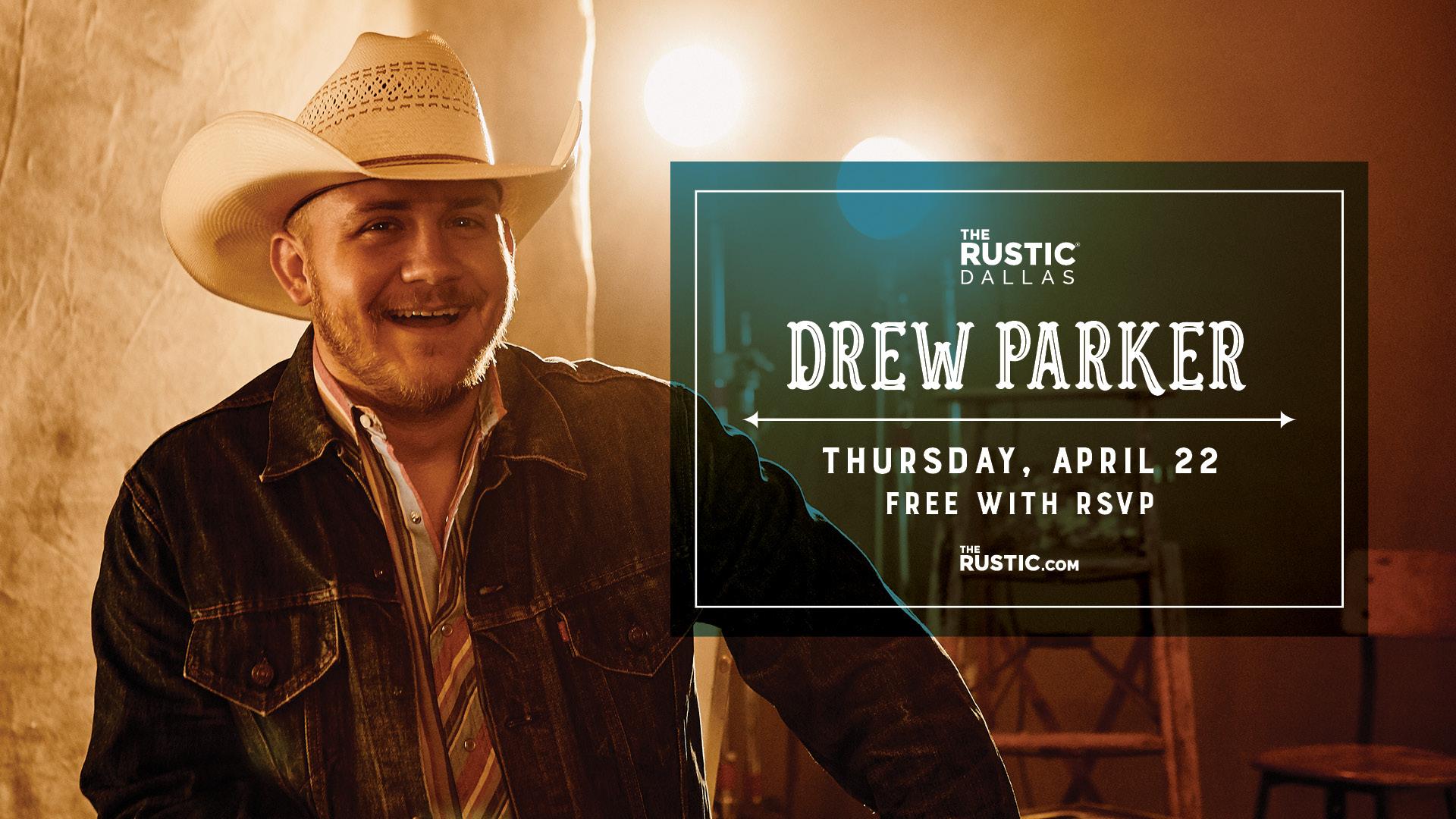 Join us for an evening with Drew Parker at The Rustic!

**This event is free with RSVP. Seating will be subject to availability, on a first come first served basis. Per CDC guidelines, there is no standing room permitted. The Rustic is abiding by all CDC and city ordinances and we appreciate your cooperation as the safety of our guests and team members are our highest priority!**

About Drew Parker:
It takes some folks 10 years to make a name for themselves in Music City, but in the three short years that Drew Parker has lived in Nashville, TN, he has been able to accomplish things he never dreamed were possible.

Coming from a small, unincorporated town of Stewart, Georgia (located in Covington, Georgia), Parker began singing at age 3 in front of small church crowds. Over the years, he began to build his confidence and, at age 14, he decided to pick up a guitar and teach himself how to play songs from his inspirations, such as Keith Whitley, Merle Haggard, Waylon Jennings, Travis Tritt, and Alan Jackson. At age 18, he expanded his musical abilities and learned to play piano, both of which he still uses today to craft lyrics and rhymes into songs.

Parker made the move from his small town to Nashville, Tennessee in 2015 and signed a publishing deal in September of 2017.

During the time he has lived in Nashville, Parker has earned the opportunity to open up for Luke Combs, Brett Eldredge, Alabama, and Dwight Yoakam. He is also a co-writer on Luke Combs’ debut platinum record “This Ones For You”. Joining Combs’ 2018 “This One’s For You“ tour helped to celebrate Parker’s debut self-titled EP which includes songs entitled, “California Ain’t For Ya,” “Just Asking,” and “Slow Down Small Town.”

Aside from his cowboy hat and boots, Drew Parker is the definition of true country. He is genuine, honest, and carries an old soul that resonates with many. He is on the rise and sees no end in sight.

TIPS for the show:
-- COME HUNGRY: We’ll have our full menu available all day!
-- ARRIVE EARLY: Please note for all RSVP’s: all seating is first come, first served and based on availability.
-- RAIN OR SHINE
-- KEEP IT WARM Our covered tent will be up & we'll have heaters throughout the backyard!
-- TICKETING QUESTIONS? Contact Prekindle Online Ticketing at www.prekindle.com.
-- PARKING: There is limited parking at The Rustic.
-- RIDE SHARING is strongly suggested. Don't drink and drive
-- YOUR SAFETY IS OUR TOP PRIORITY: The Rustic is operating at limited occupancy and adhering to all CDC and Dallas County guidelines and regulations to ensure your safety.