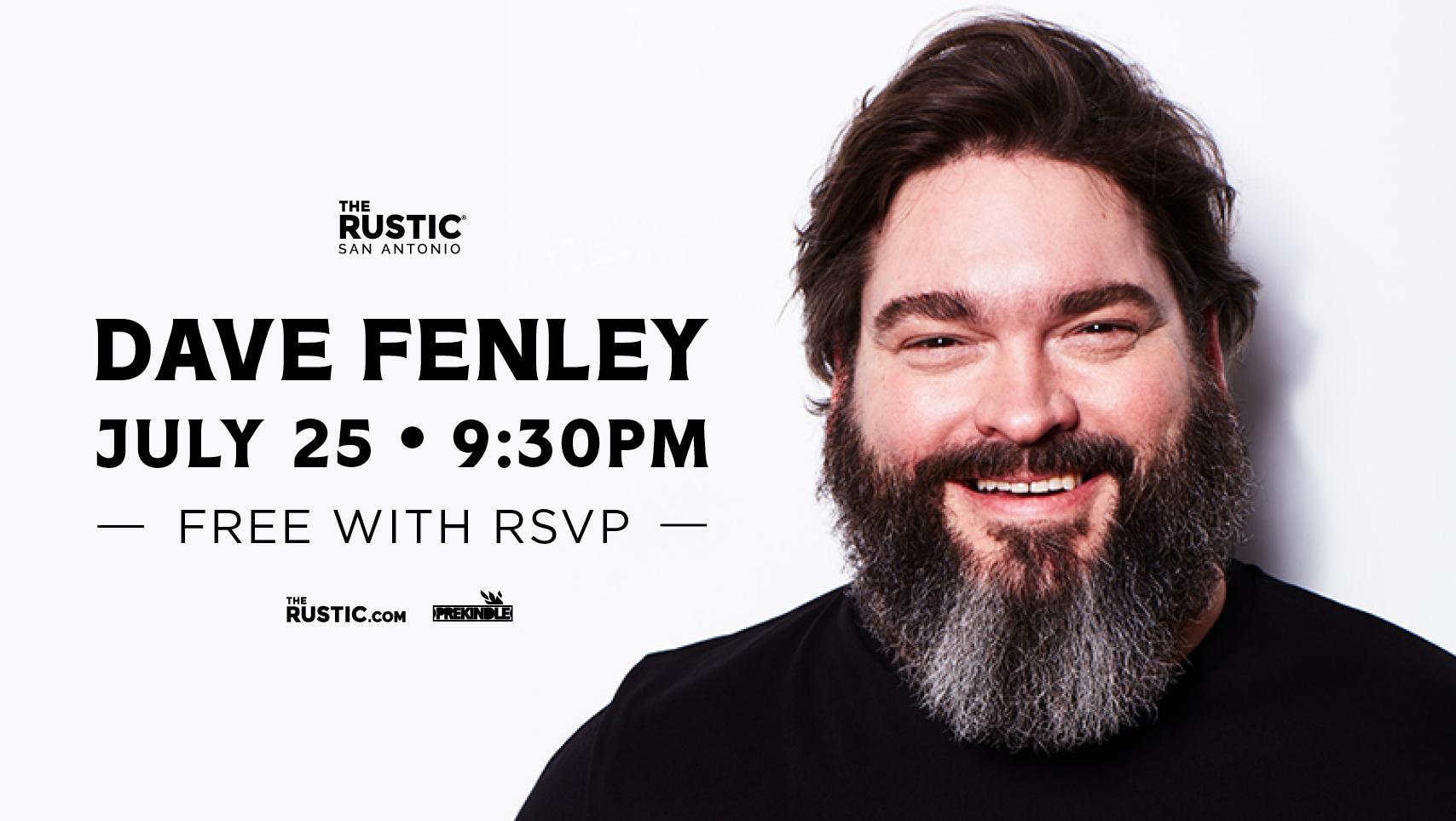 Join us for an evening with Dave Fenley!

About Dave Fenley:
As a 2018 finalist and fan favorite on The Voice, Texas native and Nashville-based singer-songwriter Dave Fenley faced a daunting challenge: Helping a millions-strong audience base shift their perception of him from crowd-pleasing cover singer to self-directed recording artist. Thankfully, Fenley is more than up to the task. In fact, it echoes his own transition, years earlier, into the thoughtful, accomplished and engaging singer, musician, writer and equally crowd-pleasing performer he has become.

Born and raised in Lufkin, Texas, Fenley was a natural as a singer, whether it was church music or learning country harmonies at home. Picking up the guitar as a teenager, he started playing in bars and small music venues, but something was missing. The turning point came in college as he began to get serious about songwriting.

“I knew enough about guitar at that point – chords that could help me put stuff together,” he says. “Around that time I also got turned on to the Texas country scene.” Diving into the music of Pat Green, Robert Earl Keen and others was a start, but it was his wife who pushed him into the deep end. “She sat me down to really dig into The Beatles and Bob Dylan when, frankly, I didn’t want to. Dylan, especially, struck me as so hard to listen to. She just said, ‘Shut up and pay attention.’ I did, and it changed the whole way I think about writing and music.

“I started going deeper than the Texas pride, shake-your-fist stuff I’d been doing,” he says. “I realized songwriting was what I’d been missing in terms of connection with an audience after years of playing covers and working on showmanship without much in the way of content. Once an audience started singing my songs back to me, I couldn’t stop.”

A shift in the local scene pushed Fenley even further. “Texas music took a turn on me and really became about partying and trucks,” he says. “I couldn’t compete with that and didn’t want to, because I was thinking deeper as a writer. So I moved to Nashville and learned to co-write, which was humbling. You can’t be the proudest person in the room, you have to concede a lot and it took about six months to accept I wasn’t as accomplished as I thought. As the songs got better I realized what I’d been missing in terms of collaboration. Since then, I think I’ve written one song by myself. It’s one of my favorites ever, but still just the one.”

When producers from The Voice came calling, it was Fenley’s soulful, larger-than-life vocals and appealing stage presence – not artistry, not creation – they were most interested in. And he knew it. “I looked at as a platform for sharing and engaging with a really big audience. If I was just a songwriter who could sing, but hadn’t played live shows for a decade, I wouldn’t have the ability to deliver the way I can now. Even in doing covers on television, I’ve been able to take those on from a creator’s viewpoint. How would that artist approach that 35-year-old song all these years later? What if they recorded it now? That helped me develop my rapport with the audience.”

As the show wrapped, Fenley was ready with songs, a band and an extended support team to begin making music that would carry over. “The difficulty on television is showing who the artist is behind all these cover songs you’re performing,” he says. “The hope is that you can create a bridge that people can cross over to connect with me on the other side.”

And in one respect, The Voice experience added to the development of Dave Fenley, singer, songwriter and recording artist. “I realized that the real quest is to find one really honest moment in every song,” he says. “No matter what it is – something I’m writing or something by another artist. At some point, I want to hear that one line that turns my head. It might be a different moment for different people, but the good ones all have those. When you find it or it jumps out at you, that’s powerful. As a writer or when you’re performing and see it on the face of someone in the crowd, there’s nothing better.”

TIPS for the show
-- ARRIVE EARLY: Please note for all RSVP’s that all seating is first come, first served and based on availability.
-- BRING CASH: we do accept credit cards at our main bars, but some pop up bars & beer tubs in Pat's Backyard are cash only.
-- RAIN OR SHINE
-- TICKETING QUESTIONS? Contact PreKindle Online Ticketing at www.prekindle.com.
-- RIDE SHARING is strongly suggested!
-- SELF PARKING: available throughout The RIM. All parking spaces in The RIM are available on a first come, first served basis.
-- YOUR SAFETY IS OUR TOP PRIORITY: The Rustic is operating at limited occupancy and adhering to all CDC and Bexar County guidelines and regulations to ensure your safety.