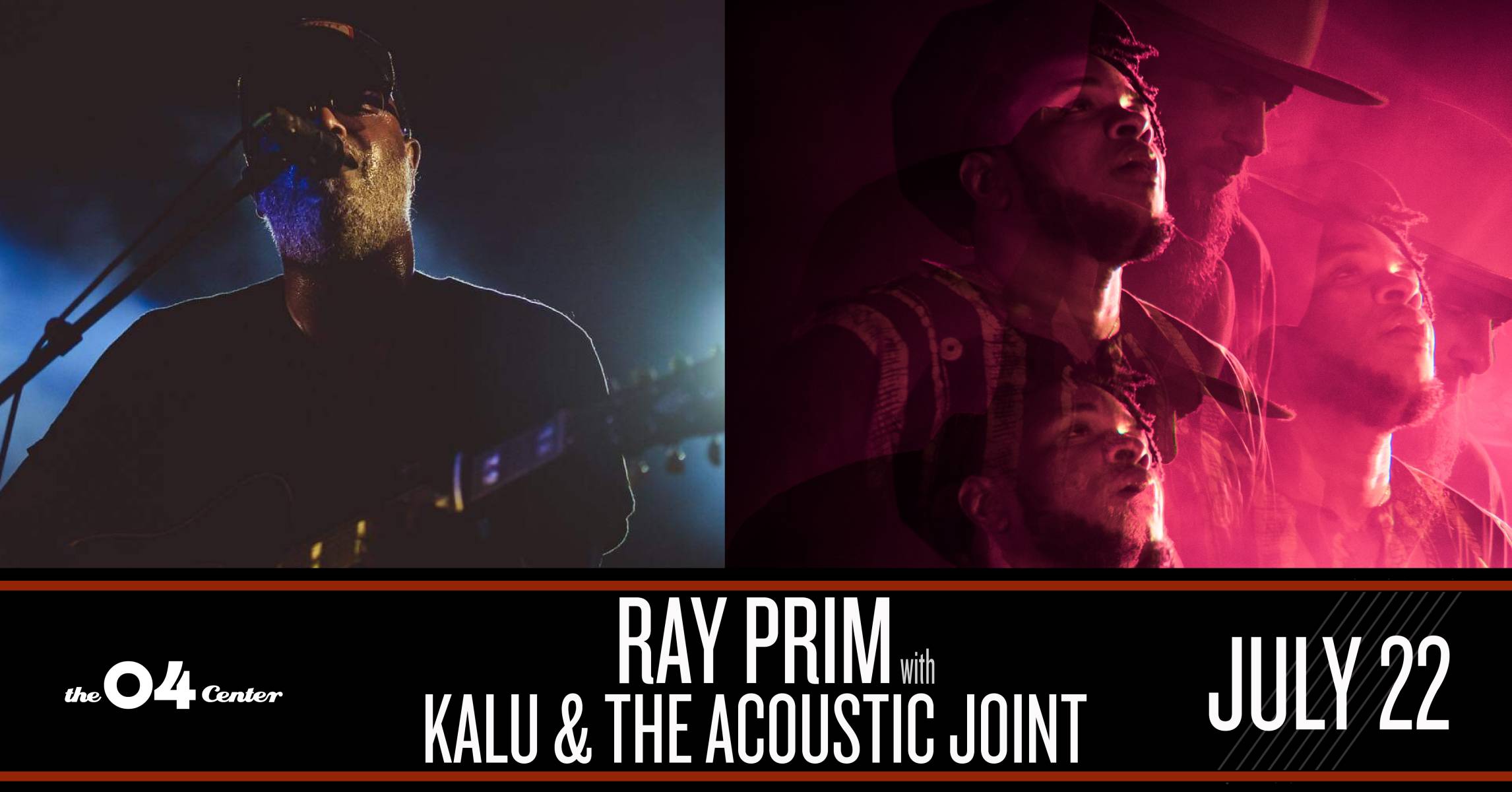 Ray Prim
Imagine Bill Withers heading over 2 Abbey Road in a Cadillac 2 pick up Ben Harper so they can catch the tail end of The Reverend Al Green's sermon...2016 Black Fret Recipient, Ray Prim, is a Singer Soulwriter based in Austin, Texas. His music takes you back to the days when songs were inspiring, meaningful and thought provoking. His tunes are melody-based short stories that anyone can relate to and identify with. It only takes one of his many songs to be instantly hooked. Five words sums it up - Ear Candy for the Soul.

Austin, Texas, has long been a breeding ground for fantastic musicians. Not only has the town birthed some of the best players one could ever hope to hear, it also attracts peerless musicians from all over the world. Kalu and the Electric Joint not only live up to Austin’s caliber of playing, they infuse it with worldly rhythms that give their music a sound all their own.

This musical chemistry comes from the bond forged by frontman Kalu James, who emigrated from Nigeria at age 18 to claim Austin as his new home, and guitarist Jonathan “JT” Holt, who adds a touch of American soul to Kalu’s West African heritage. Kalu and JT connected through the hustle of the Austin music scene, writing songs together and discovering immediately that the talents of each complemented the other. Having played Bonnaroo, Panic En La Playa, 420 Sweet Water Music Fest & The Parliament Funkadelic, Moon Taxi amongst many others, they just released a 2020 single titled “Shadows”, following their last album, Time Undone, with more to come.

Time Undone, Kalu and the Electric Joint’s forthcoming album, testifies to the band’s talent and mission with tight arrangements, stunning vocals and a deep well of influences. Time Undone is sonically woven with the low end theory of hip hop, yet it has the drive of heavy-hitting rock and roll and futuristic psychedelia. The resulting boogie-down blend of ethno-funk and neo-soul packs dance floors and tantalizes eardrums. Kalu and JT wrote the album’s songs, perfecting them during their nights at the Continental Club Gallery. The group recorded the album with producer Brett Orrison, known for his work with The Black Angels and Widespread Panic, over a year’s time at Nest Recording in Driftwood, Texas. The album features guest appearances by members of Widespread Panic, The War on Drugs, The Sword and Grupo Fantasma.

The ensemble’s sound palette integrates masterful songwriting and electrifying performances. With deep lyrics, ethereal arrangements, youthful exuberance and a positive message, Kalu and the Electric Joint make a lasting impression on everyone who hears them.

Starting with the sounds of his homeland and a lifelong passion for the unorthodox approach, Kalu blazes an inclusive trail for himself that could not be more genuine. He embraces not only the creative attitude of his adopted hometown but also the traditions of his past. Remaining deeply in tune with the traditions of his upbringing, he balances his responsibilities to his family in Nigeria while pursuing his calling in the US. Having recently become an American citizen, he’s ready to add to this country’s greatest export — its music.

Whether seeing Kalu and the Electric Joint throw it down in the clubs of Austin’s bustling South Congress scene or hearing the music of Time Undone for the first time, it’s blatantly obvious that this music evokes a wide range of emotions. This band delivers a positive message in turbulent times, uplifting their listeners and compelling them to get up and dance. With amazing vocals, beautiful arrangements and a funky modern beat, Time Undone is sure to be a modern classic.