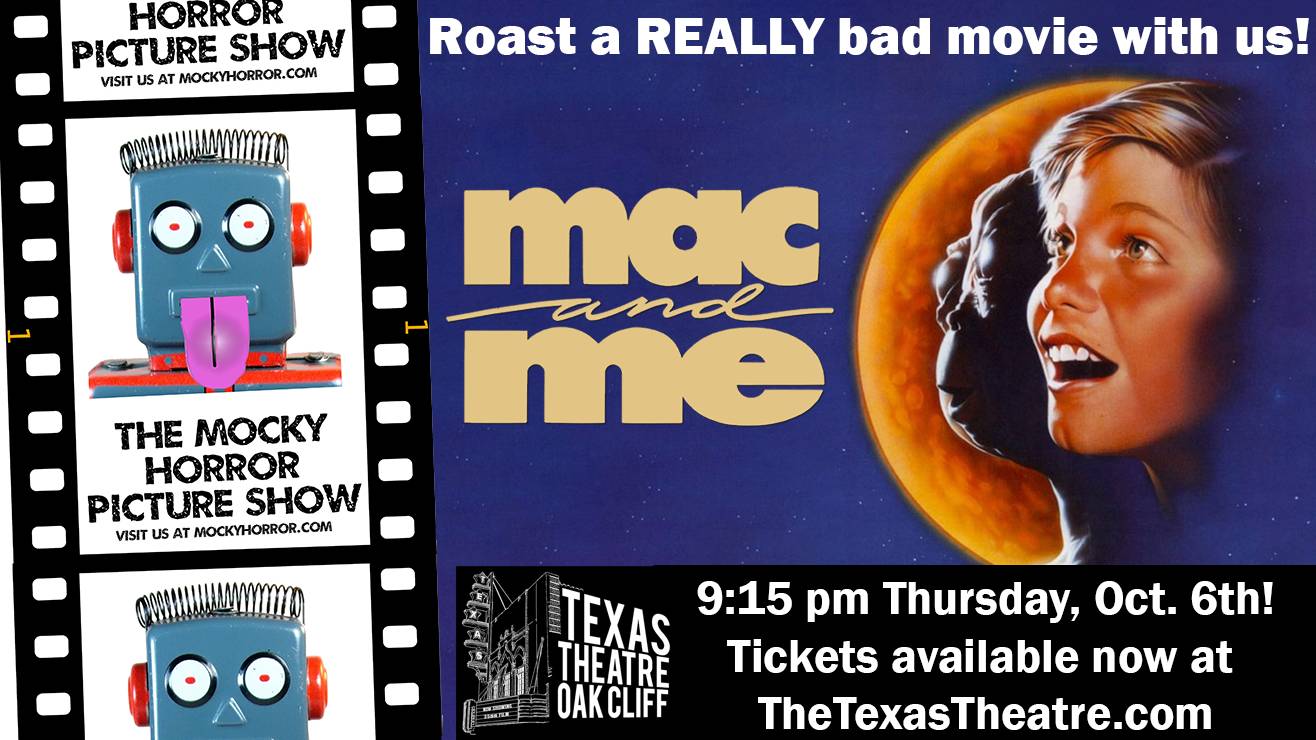 $14.00 Share
Buy Tickets
The Mocky Horror Picture Show is going to roast one of the worst movies of all time. You don’t wanna miss this.
“Mac & Me” is a paint-by-numbers rip off of “E.T.” in which a family of aliens who look like chewed bubble gum with the faces of blow-up dolls get sucked into a NASA probe and are transported to Earth. The precocious alien child Mac gets separated from his family and makes friends with a kid named Eric. They go on an epic...ally bad journey through blatant McDonalds and Coca-Cola product placements and jarring plot choices that don't belong in any children's film.

The Mocky Horror Picture Show (mockyhorror.com) will riff on this classic 80s dud Oct 6th!
This show is interactive so audience members can rip on the movie with a panel of local comics using special, on-screen prompts timed to exact moments in the film. Now YOU can make fun of a bad movie in a movie theater WITHOUT having to think up your own jokes or get air-elbowed by a movie usher!
Event by
The Texas Theatre
Calendar
Website