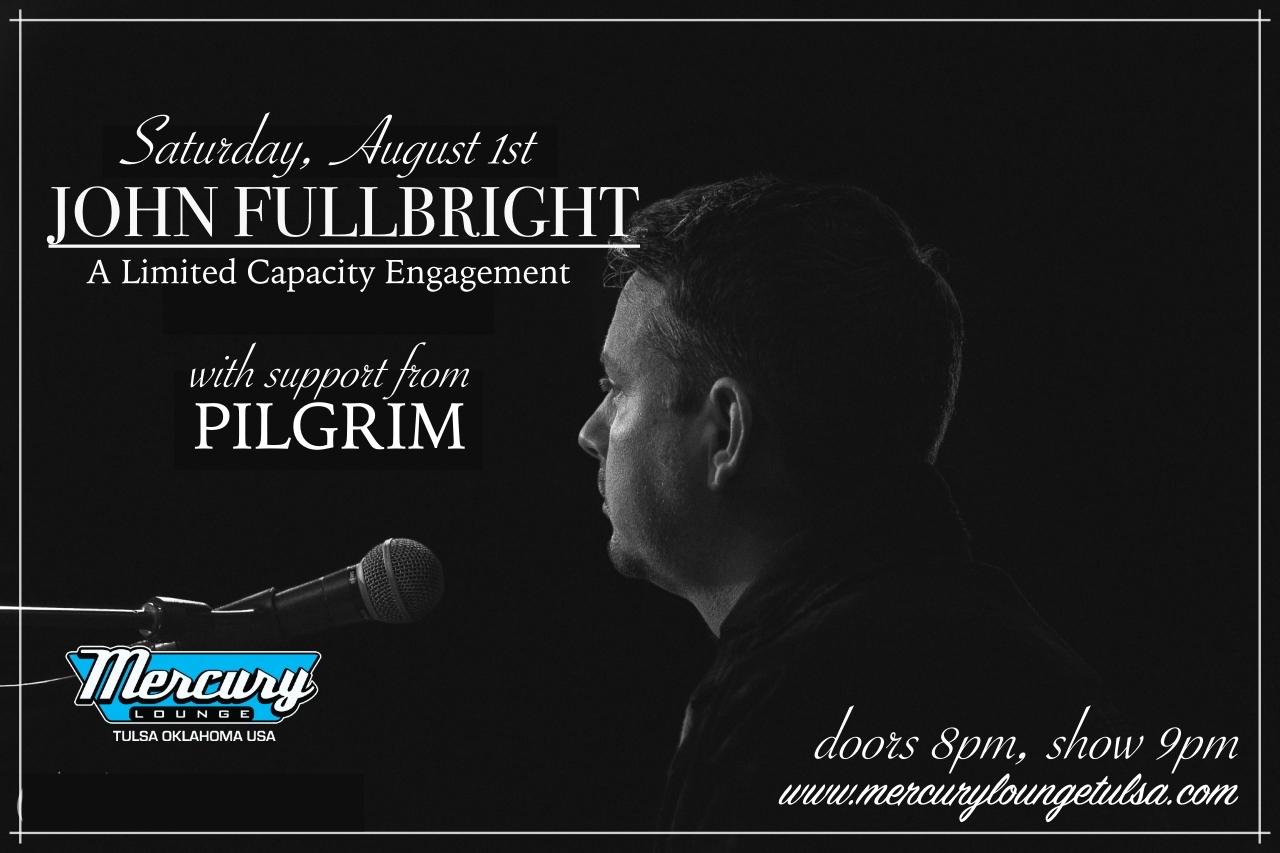 The Mercury Lounge Tulsa is excited to announce the return of Grammy-nominated Oklahoma singer songwriter, John Fullbright, August 1st for a limited capacity, live performance. This show will be an exclusive Tulsa return to the stage and an intimate show, with local band Pilgrim in support. Doors at 8PM. Show at 9PM. Don’t miss this opportunity to see John Fullbright, live and onstage for the first time in Tulsa after the COVID-19 pandemic shut down the music world.

John Fullbright was raised on an 80-acre farm in Bearden, Okla., a 7.6-square-mile town of fewer than 150 residents. A classically trained pianist who began playing at the age of five, Fullbright spent much of his childhood and teen years in and around neighboring Okemah, the birthplace of Woody Guthrie. Critics have compared him to Randy Newman, Townes Van Zandt and Leon Russell for his blend of folk blues, gospel and Americana rock. Fullbright is a skilled instrumentalist and songwriter whose voice slides effortlessly from a low whisper to a wail with a depth of emotion that is as likely to break your heart as it is to make you laugh out loud. In 2013 at the age of 24, Fullbright received a Grammy nomination for Best Americana Album for his CD "From the Ground Up." He’s been writing and performing extraordinary music ever since.