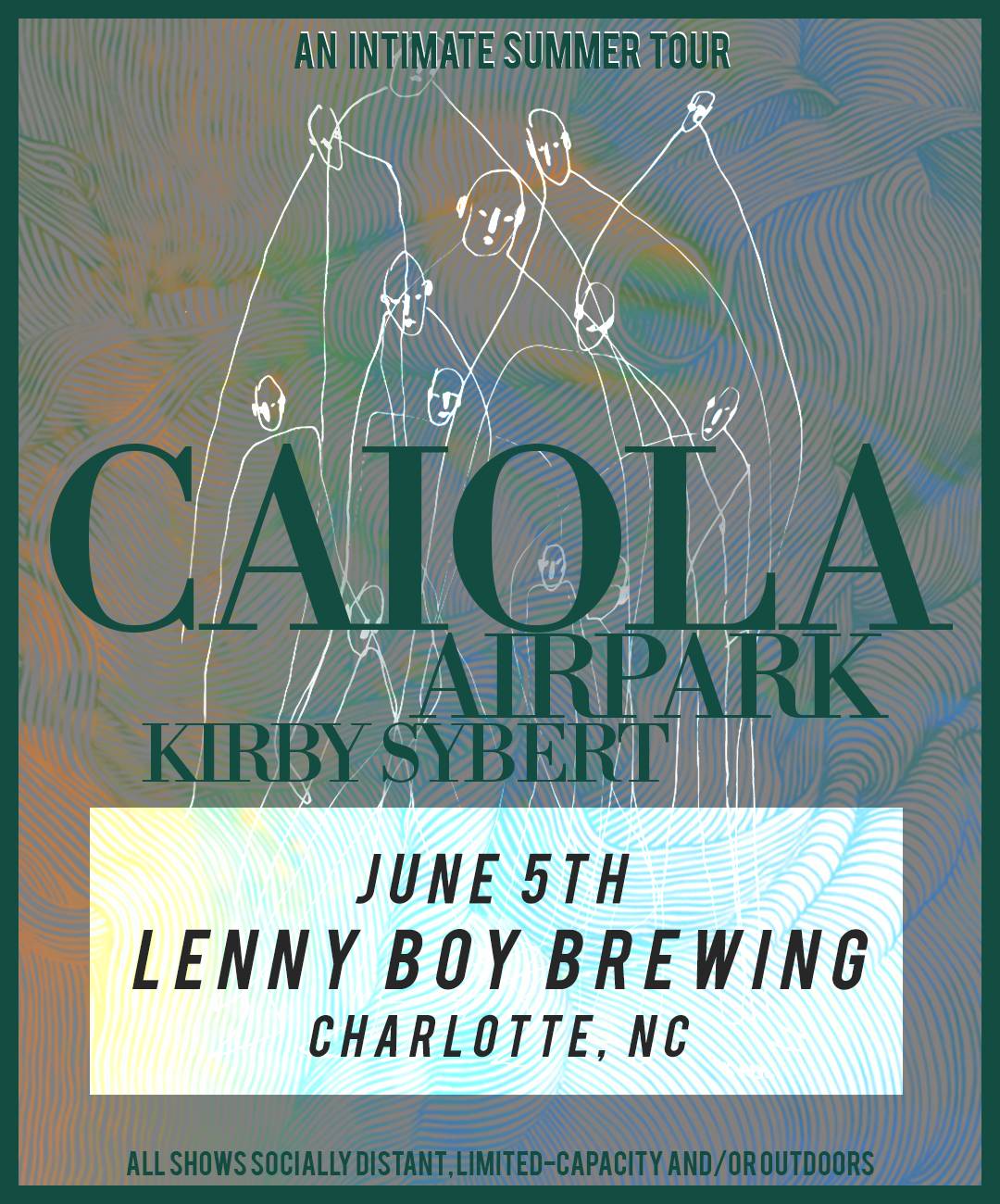 Come experience a one of a kind show at Lenny Boy Brewing featuring CAI•OLA (frontman of Mo Lowda and the Humble) with opening performances by Airpark & Kirby Sybert.

Jordan Caiola (CAI•OLA) is a songwriter/musician/producer based out of Philadelphia and the front man for nationally touring act Mo Lowda and The Humble. Though he always felt writing folk songs was his true “wheelhouse”, it wasn’t until the nationwide lockdown in early 2020 that he finally put aside the time to record a collection of those songs for his first solo album ‘Only Real When Shared’. The album (due out October 2nd, 2020) was entirely recorded during quarantine with producer/engineer/drummer Shane Woods, with whom Caiola previously co-produced all the Mo Lowda records as well as Arson Daily’s 2020 LP ‘Late Reflections.’ Caiola’s debut album highlights every aspect of his vocal spectrum and strips down instrumental elements to direct focus towards the lyrical content much more than on previous efforts. Jangly acoustic guitars, lo-fi drums, and lush harmonies makeup the bulk of this record, with sit-ins from multiple additional musicians sprinkled throughout.

This show will be a seated outdoor socially distanced show and all state guidelines will be followed.