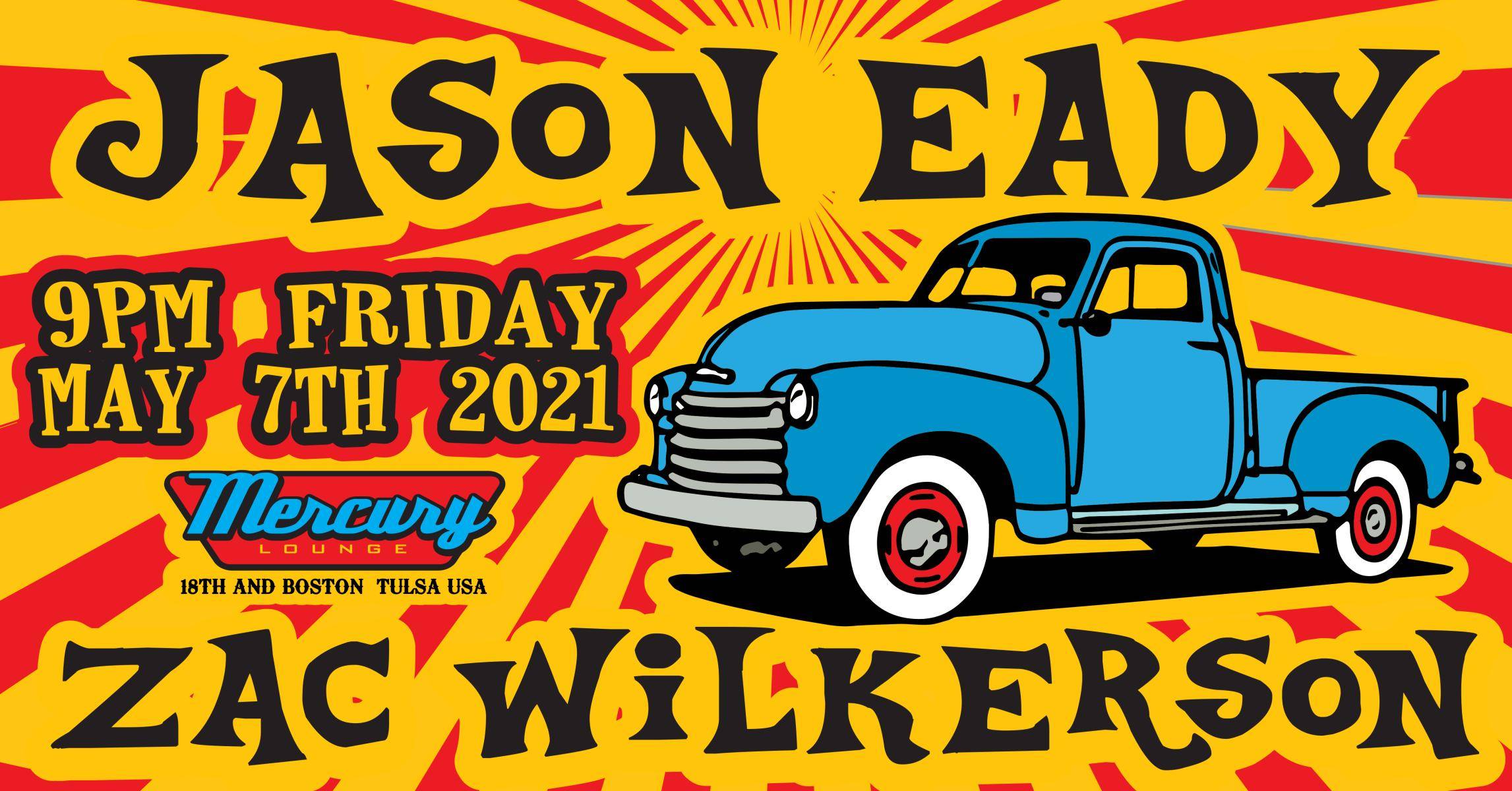 On his last two albums, Jason Eady earned major acclaim for his ahead-of-the- curve take on classic country, a bold departure from his earlier excursions into blues-infused Americana. Now with his sixth album, the Mississippi-bred singer/guitarist merges his distinct sensibilities into a stripped-down, roots- oriented sound that starkly showcases the gritty elegance of his songwriting.

The follow-up to 2014’s critically praised Daylight/Dark—an album that “belongs on a shelf next to Dwight Yoakam’s Buenos Noches from a Lonely Room, Joe Ely’s Letter to Laredo, and yes, even Willie Nelson’s Phases and Stages,” according to AllMusic—Eady’s latest finds the Fort Worth, Texas-based artist again teaming up with producer Kevin Welch. Now longtime collaborators (with their past efforts including 2012’s AM Country Heaven, a top 40 debut on the Billboard Top Country Albums chart), Eady and Welch worked closely in crafting the album’s acoustic-driven yet lushly textured aesthetic. “At the beginning I told everyone I wanted to make a record where, if the power went out, we could still sit down and play all the songs the exact same way,” says Eady, who points out that steel guitar is the only electric instrument featured on the album.

Despite its subtle approach, the album radiates a warm vitality that’s got much to do with Eady’s gift for nuanced yet unaffected slice-of-life storytelling. “I’ve always been drawn to writing that’s got a simplicity to it, where you’re digging deep into real day-to-day life,” he notes. Here, that means touching on such matters as turning 40 (on the reflective, soul-stirring “40 Years”), his daughter’s growing up and going off to college (on the sweetly heartbreaking “Not Too Loud”), and the everyday struggle to “embrace the messy parts of life instead of trying to get the point where you’ve somehow fixed all your problems” (on “Rain,” a joyfully determined anthem featuring SteelDrivers fiddler Tammy Rogers). Throughout the album, Eady’s soulfully rugged voice blends in beautiful harmonies with his wife, singer/songwriter Courtney Patton. And on “No Genie in This Bottle,” the legendary Vince Gill lends his singular vocals to what Eady refers to as a “good old country drinking song.”

In each track, Eady reveals a sharp sense of songcraft he’s honed since childhood. “Even back in my early days of getting into music, I always cared more about the writers than the singers,” says Eady, who grew up in Jackson. “I’d look up who’d written a certain song, and then go seek out more songs from that writer.” At age 14—the same year he started writing his own material—Eady began performing in local bars and showing his natural grasp of everything from soul and R&B to blues and country. After some time in the Air Force, he moved to Fort Worth and started playing open mic nights, where he quickly built up a devoted following. By 2005, Eady had made his debut with the independently released From Underneath The Old.

For Eady—who names Merle Haggard, Guy Clark, and Willie Nelson among his main inspirations—instilling each song with so much graceful honesty proved to be his greatest achievement and thrill in creating the new album. “When you first get started making music, your ideas are grandiose and more about the big picture. But the longer I’ve done this, the more I’ve realized that the real joy comes from the process rather than the end goal,” he says. “Now it’s about getting better and finding more of myself with every album. So instead of writing what I think people want to hear, I’m writing what I want to write and trusting that—as long as it’s coming from an honest place—it’ll hopefully mean something to the people listening too.”

Powerful, soulful vocals and a driving guitar style combine with poignant songwriting to deliver a new take on Americana, Soul, Country, and Rock.

Wilkerson stumbled into a career in music after being tricked into entering, and eventually winning, The Blue Light Live Singer Songwriter contest in 2011. The prize was a Solo Acoustic set at the 2012 Larry Joe Taylor's Texas Music Festival in Stephenville, TX. He has since etched out a strong following across the Texas the music scene and beyond, with his work appearing in Nationally Syndicated and Regional Radio, and Local and Prime-Time Network TV.

Wilkerson cut his musical teeth in a country church where he started singing at 4. At a young age, he discovered his parents' country, soul, Motown, rock, and folk records, creating a musical foundation with as much variety as passion.  By 12 he played several instruments, including piano and guitar, which led to songwriting that same year. The musical voice that has evolved since is a fresh take on Rock, Soul, Country and Americana evoking Aretha Franklin, Bill Withers, Bonnie Raitt, and Levon Helm.

Poster Bundle
Custom limited run 13X17 show poster from artists Thom Self. Poster Bundle must be purchased as a separate "Ticket". Sales for posters will close 5/6 at 5PM. Posters will be available for pick up at box office check in.
Booth Reserve
We offer Booth Reserve as a courtesy to those who don't want to worry about seating. Booth reserve does NOT include ticket for admission.
Patio Party
With reduced capacities, this scaled ticket allows us to let more folks join us for the show. Patio Party ticket buyers will have access to the interior of the bar for drinks, restrooms, merch but will be asked to remain on the patio the rest of the show. There will be an outdoor cash bar for Patio Partiers.
Friday, 5/7, Doors 8PM, Show 9PM
$25ADV/$30DOS Inside
$15ADV/$20DOS Patio Party
$75 Big Booth Reserve (Seats 6)
$50 Small Booth Reserve (Seats 4)
$25 Two Top (Seats 2)
$20 Poster Add On 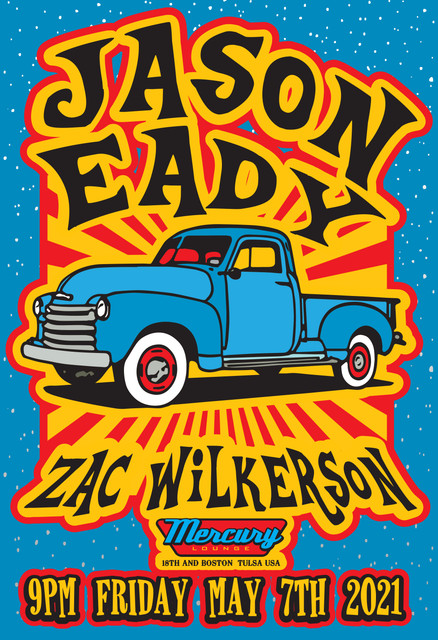