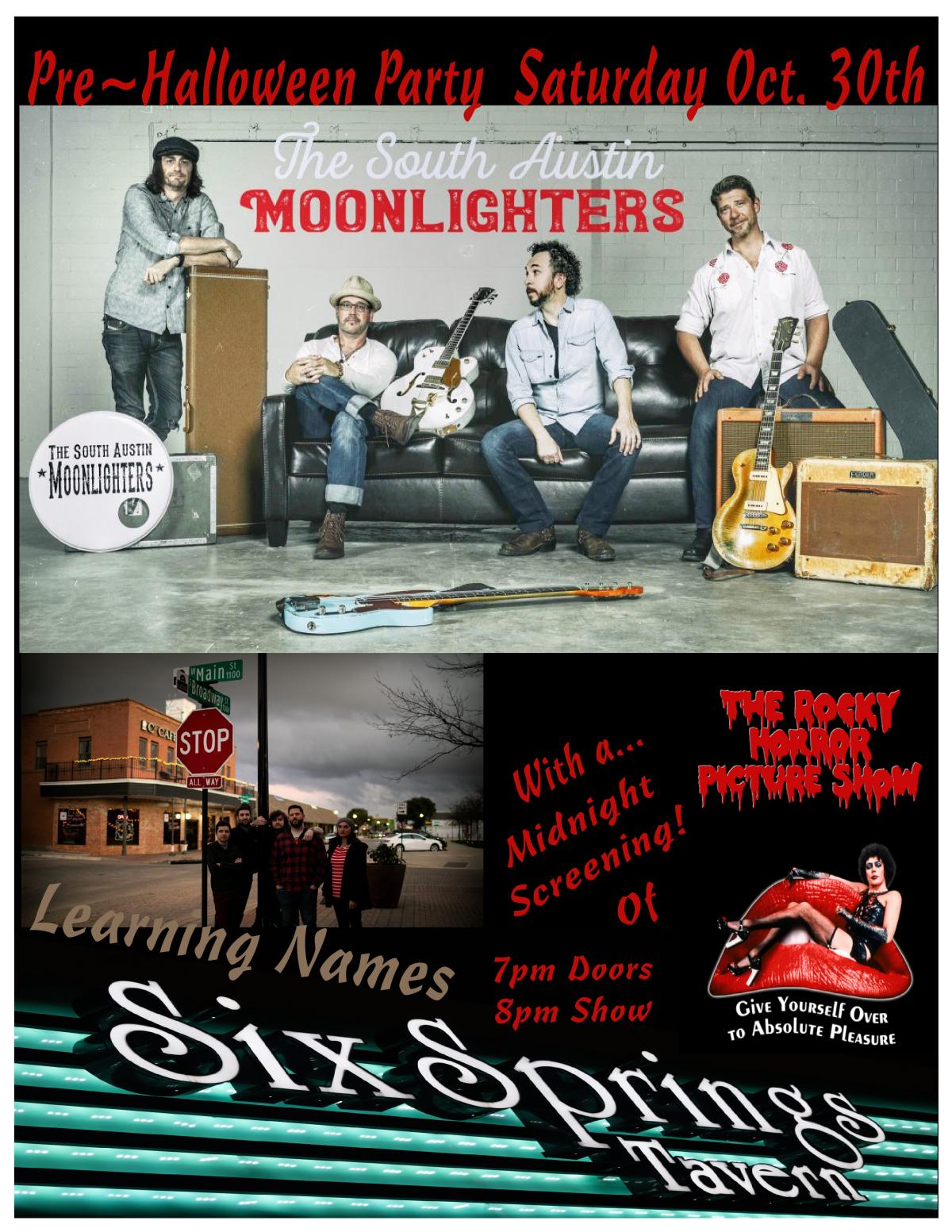 The South Austin Moonlighters aka S.A.M play an eclectic mix of songs, from heartfelt soul to “sh*t-kickin’ country,” and from funky New Orleans funk to raucous rock-n-roll. Somehow it all comes together, creating a magical essence that has earned the band a loyal following.

In the year of 2011 five friends gathered out of mutual admiration to play music and get back to the basics of having fun dubbing themselves The South Austin Moonlighters. All stemming from successful Austin Texas bands S.A.M. consist of Aaron Beavers of Shurman, Phil Hurley of Stonehoney, Lonnie Trevino Jr of Deadman, Josh Zee of the Mother Truckers and Phil Bass of Monte Montgomery's Band. After the first live show it was evident that the magic of this line up was potent and quickly gained a loyal and faithful following on their Tuesday night residency at the Saxon Pub.

A shift in the wind, a momentary glimpse — a crossroads of sorts.

Thus are the origins of Learning Names. Formed in 2019, the Dallas, Texas-based indie rock band owes much of its creation to the odds. When life compelled Dook Dootson (Manchester, U.K. – guitar/vocals) — formerly of The Portlands and The Flightless Birds — to uproot to the United States, it did so at the expense of leaving a trail of music in the rearview. Uncertain as to what similar pursuits would yield in America, Dootson set out to start a new band, focused on playing new music with new friends. The proper alchemy, however, was slow to develop . . .

After much trial and error, fortune spurred five separate courses towards the eventual intersection that would become Learning Names. Together they are Dootson, Erica Chapa (Arlington, TX – violin), Paul Montgomery (Montgomery, AL – bass), Wyatt Sustaita (Alvin, TX – keys / trumpet), and Ben Zellner (Witchita Falls, TX – drums) — the latter three being Dallas transplants in their own right. Guided by Dootson’s songwriting, the band brings their multiple stylistic backgrounds to bear on their unique approach to indie rock.

Learning Names began recording their first EP, ‘A Future Now Present,’ in late 2019. Its forthcoming release is scheduled for March 2020, and will be available across popular streaming platforms. Be sure to check learningnames.com for the latest news and updates.

The band is grateful for the circumstances which brought it together, eagerly awaits the release of its EP, and looks forward to what possible paths may lie ahead.