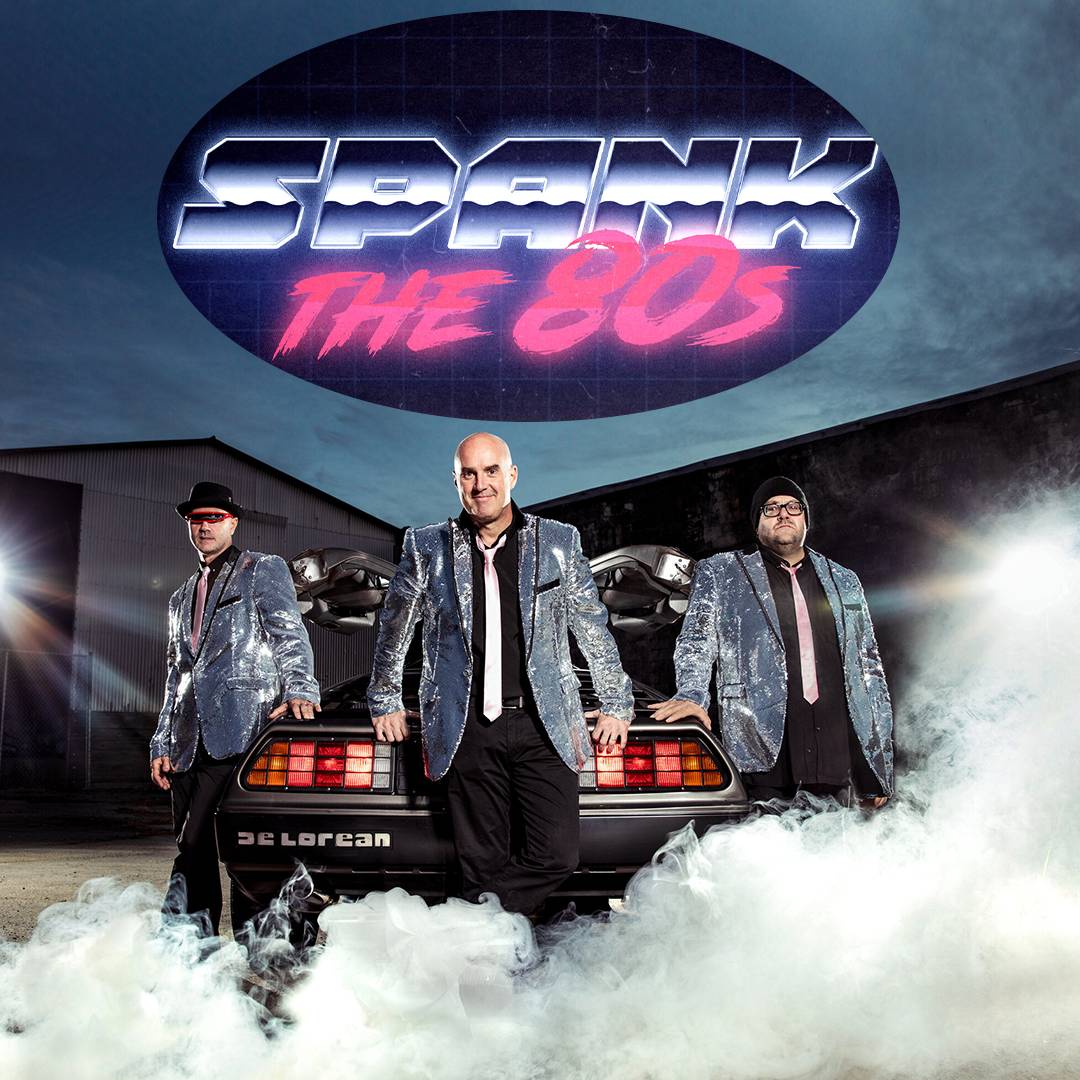 The band spank has been providing totally awesome experiences for audiences since 1999. Founded by Tom Mann after hearing a careless whisper as he was looking at the man in the mirror. A voice said, sweet child o mine, you still haven't found what you're looking for so you must form a new band.  tom thought, i'm addicted to the love of music so i'll give it one more try.

So he got out of his dreams and into his car, and drove down electric avenue to find dave and chris. Tom asked them to be the wind beneath his wings and although they were hesitant at first,  they soon agreed. Tom said don't worry, be happy and roll with it. you know i'll do it with or without you. The boys said "say you say me we'll do it, naturally. "

Nothing's gonna stop us now tom thought. against all odds they rehearsed and rehearsed. time after time they played the songs until they said "sussudio! we got the beat!"

Tom was walking on sunshine as his rock and roll vision came to fruition. tom called 867-5309 to share his excitement with jessie's girl. she didn't understand tom's enthusiasm at first so he said, "come on eileen, you know I love rock and roll!" she said "that's what i like about you tom, you are a true rock and roll maniac."

Spank continues to rock this town and that town bringing a celebration wherever they go. They will faithfully walk 500 miles to bring that invisible touch to your special event. give major tom a call today to bring the heart of rock and roll to your town.