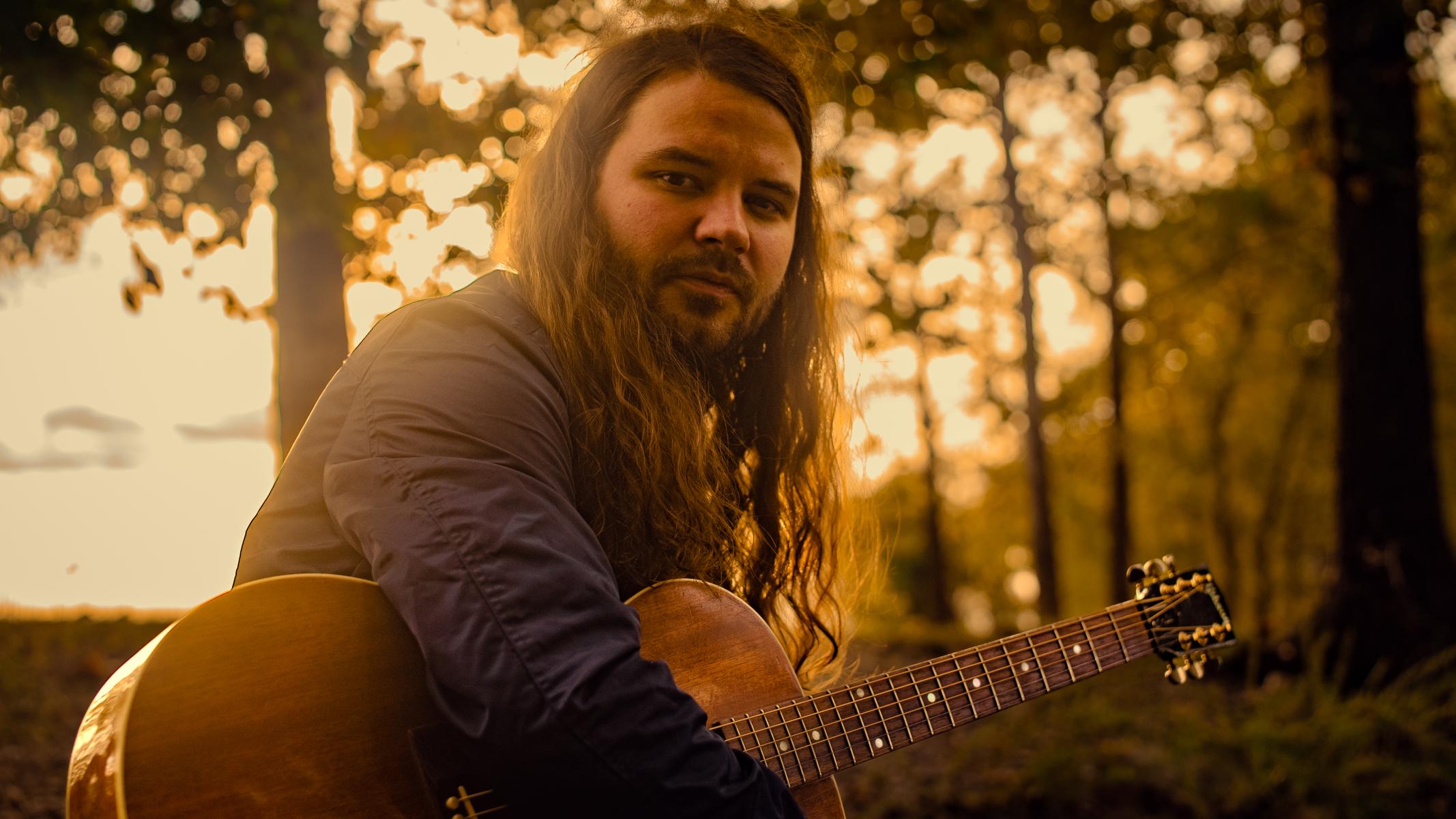 Tickets on sale to the public Friday, January 20th at 10am.

Brent Cobb follows in the footsteps of his country music heroes with his new gospel album, And Now, Let's Turn to Page.... By offering eight familiar hymns alongside an original song written with his wife, the collection feels reverent as well as rowdy -- and completely in his comfort zone.

Brent cites a near-death experience as the push he needed to finally make And Now, Let's Turn to Page.... In July 2020, the vehicle he was driving, with his young son inside, got T-boned at a rural four-way stop. That crash made him think about everything that led up to that moment -- the fact that he didn't have his daughter with him because his mother offered to watch her, or that he took a different way to his parents' house that day, or that he had to turn around and get something he'd forgotten in the house before heading out. "You just start piecing together how everything is sort of intentional," he says. "And again, I'd always had it in the back of my mind to make a gospel album. That moment of clarity, of almost getting killed, made me think I should just make the gospel album now."

Produced by Dave Cobb in RCA Studio A in Nashville, And Now, Let's Turn to Page... continues a tradition established by legends such as Jerry Lee Lewis, Willie Nelson, and Elvis Presley, who could invoke their spiritual side without losing sight of their musical foundation. "I've always wanted to make a southern gospel album because it's what I come from, but also it used to seem like a rite of passage for country singers to make a gospel album," Brent says. "It all comes from gospel music. That's where country music came from. I'm just trying to carry that torch."

Because Dave and Brent are cousins, there's an inherent family feeling that runs throughout these nine songs. In a literal sense, with Brent's parents and sister joining him in the studio for the first time on this heartfelt project. And also in a more symbolic manner, with Brent singing the same hymns passed down through generations of Cobb ancestors. His grandfather, whose loud singing voice still resonates in the family's memory, led the congregation singing at the Antioch Baptist Church in Ellaville, GA until he passed on that role to his Brent's father. Brent's aunts and uncles remain actively involved in the congregation, too.

Born and raised in Georgia, Brent returned to his home state a few years ago after establishing a career as one of Nashville's most creative and compelling songwriters. He explains that he considers each of his past albums like a message to his kids: Keep 'Em on They Toes explores his thoughts, Providence Canyon describes the people who influenced his life, and the Grammy-nominated Shine on Rainy Day reveals who he is. For the gospel album, he adds, "this is what I believe in."

"I grew up around all of this music through my dad's gospel group," he says, "and it made me learn how to appreciate it. I grew up with rock 'n' roll and my dad's band and country music. Anything that you experience in life is going to influence who you become and who you are, so it doesn't feel like I'm changing it up on this album. It's like, this is all one thing."

From the openings bars of "Just a Closer Walk With Thee," a listener is invited to a place where Jesus is found at the side of a sinner. Rather than feeling like a sermon, it's a moment of encouragement where Brent's authenticity in the gospel field is unmistakable. Following that hymn, "When It's My Time" (written with his wife, Layne Cobb, and Mike Harmeier of Mike and the Moonpies) serves as a mission statement for making the most of our years on Earth -- and for living life the way you want to. He sings, "When it's my time, I'm gonna go / There is no reason for me to stay / I did all the dancing that could have been done / I would have been gone anyway."

Those listeners raised in the church will instantly recognize the titles -- and almost certainly the indelible melodies -- of "In the Garden" and "Softly and Tenderly." Meanwhile, the undeniable groove and powerful vocals on "Are You Washed in the Blood" wouldn't feel out of place at a revival. In contrast, "Old Rugged Cross" lends a somber air as a simple acoustic arrangement subtly expands to include a gospel choir, steel guitar, and church organ. Adding to the sense of community, rising country artist Caylee Hammack -- who also grew up in Ellaville -- harmonizes on four of the songs.

Throughout And Now, Let's Turn to Page... Brent's rich baritone keeps the album focused, though never stiff. Not unlike an altar call, the mood elevates on "We Shall Rise," a rambunctious tune that would fit neatly into his setlist. A testimony of fellowship is found in the bluegrass gospel staple, "Old Country Church," which features his father Patrick Cobb's gospel group, Antioch. In a brief benediction of "Blessed Be the Tie That Binds," he's surrounded by the people that matter the most, including his wife, mother, father and younger sister. And as their harmonies fade, it's abundantly clear that Brent is more than capable of extending this sacred country music tradition.

"I know what matters to me and what I think I should focus on for my own life, but it might be different for somebody else," he concludes. "I don't know a whole lot about anything, but I know that it matters to me to incorporate the way that it all makes me feel, and to try to translate that to other people. And that's what all of this is -- my family, gospel music, and the church. All of it."