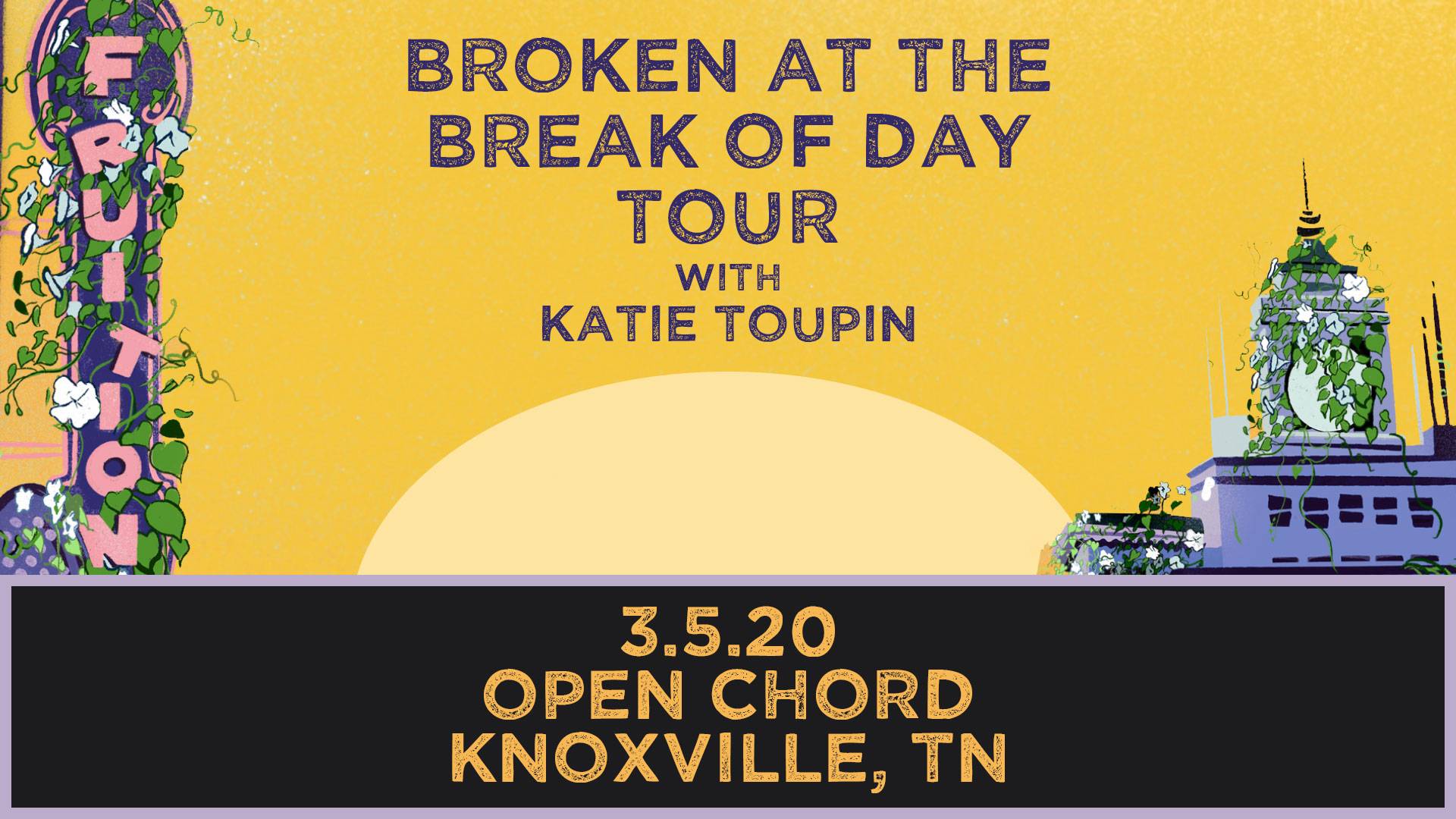 Fruition’s newest album, Broken at the Break of Day, may be hard to categorize, yet it feels complete because of their dedication to honesty as well as harmony. Influenced equally by acoustic music and rock ‘n’ roll, the Portland, Oregon-based band is composed of Jay Cobb Anderson (electric guitar, vocals), Kellen Asebroek (piano, acoustic guitar vocals), Jeff Leonard (bass), Mimi Naja (mandolin, electric guitar, vocals) and Tyler Thompson (drums). Their unmistakable vocal blend first revealed itself in 2008 when Anderson tagged along with Asebroek and Naja for an afternoon of busking in Portland. Since that time, they have opened shows for the Wood Brothers, Greensky Bluegrass, and Jack Johnson, and at appeared at festivals like Telluride Bluegrass, Bonnaroo, and DelFest. Broken at the Break of Day follows the band’s exceptional 2019 album, Wild as the Night.