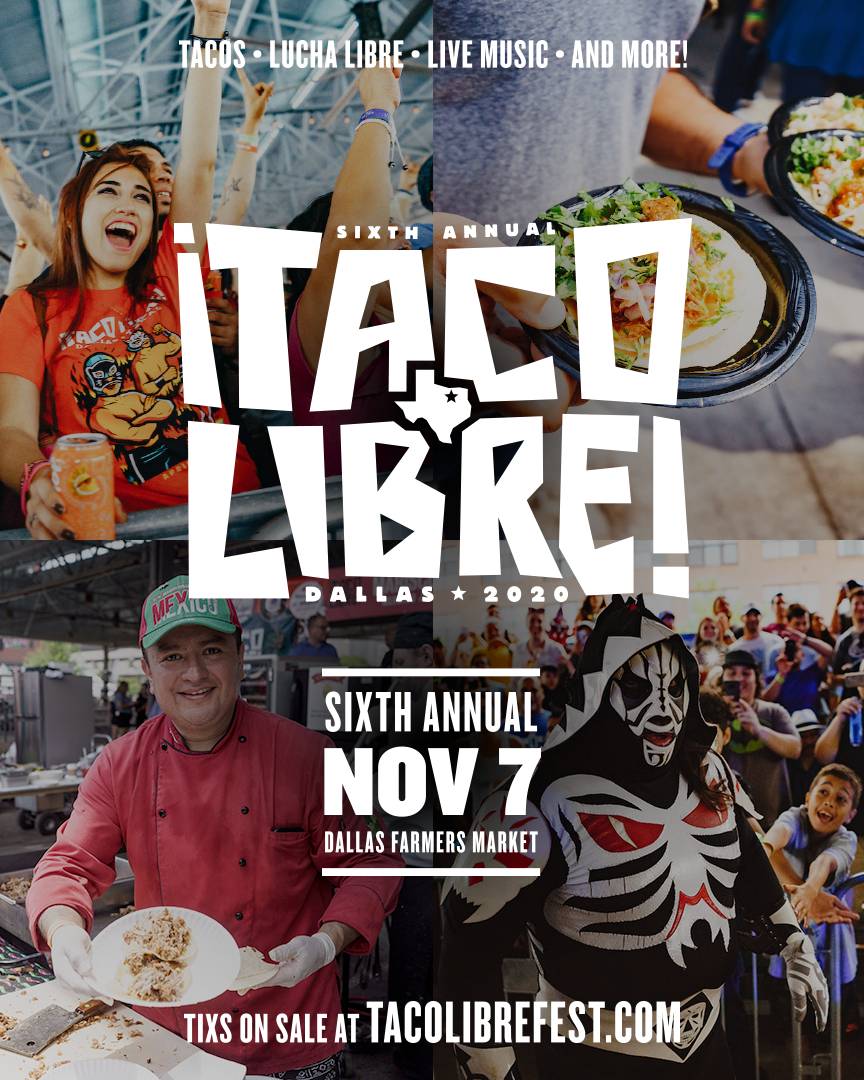 Taco Libre Dallas is not your average food festival! Now celebrating its 6th year, Taco Libre Dallas is a fun foodie fest featuring 30 of the region’s BEST taquerias served with a side of Music and Lucha Libre Wrestling. Tacos range from traditional to contemporary with each taqueria offering a $2 taco. Taco Libre takes place from 3 to 10 p.m. on Saturday, November 7 under The Shed at Dallas Farmers Market, rain or shine. Dallas Farmers Market Shed is located at 1101 S Pearl, Dallas, Texas 75201. This event is an annual sell-out. Get your tickets in advance.

TACO LIBRE VIP:
VIP tickets include EARLY ENTRY AT 2PM to get a one hour start on tacos before general admission gates open. VIP tickets also include two (2) complimentary drinks, entry into VIP only areas, and VIP bathrooms. There are 2 VIP areas: wrestling ring and stage view, both with seating and VIP bars. Seating is first come, first served.

Ticket Holder agrees to comply with the rules of Taco Libre Dallas,  all applicable laws, and consents to the use of his/her name, image, voice, likeness by Sonar Events or any of its successors, licensee and assigns in any live or recorded transmission, reproduction, display or other exploitation in any and all media now known or hereafter devised in perpetuity throughout the universe. Everything is subject to change. Taco Libre Dallas is a rain or shine event.  No refunds. Taquerias, Bands and Luchadors subject to change. No refunds. All ticket sales are final.