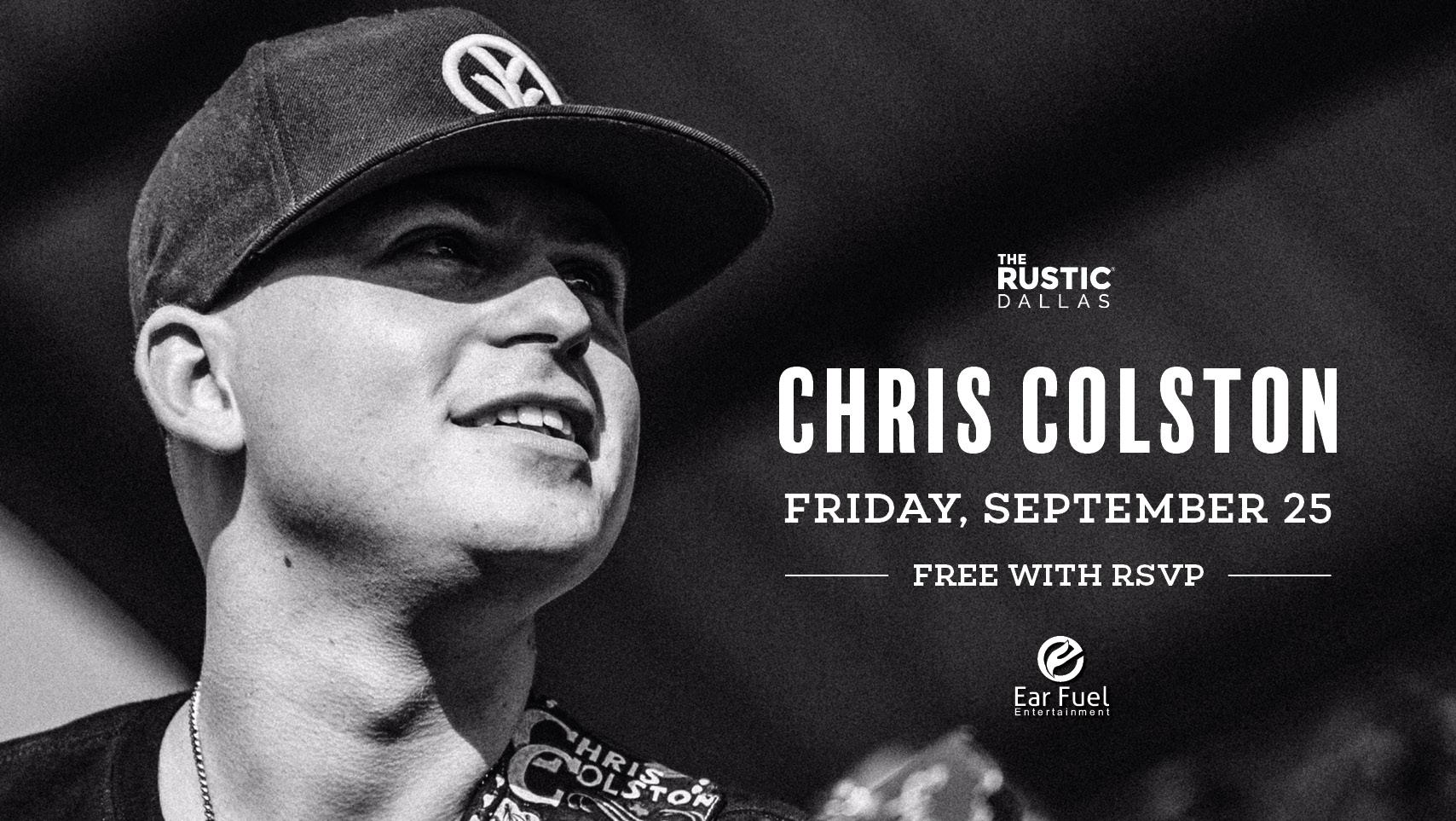 Join us for an evening with Texas country up-and-comer, Chris Colston at The Rustic!

About Chris Colston:
East Texas native, Chris Colston has recently sent a storm sweeping through the Texas/ Red Dirt scene with the release of his 2018 EP, “Gone.” The title track surpassed a half-million streams on Spotify in just a few short months after its release and with that, Colston set the bar quite high for himself as well as other upcoming artists in the scene.

Colston’s musical story began when his stepfather signed him up for drum lessons at the age of 7. He knew immediately that he wanted to be a musician and a few years later he picked up the guitar. At 17, Colston formed his first band and they hit the road playing everywhere they could. Colston’s music is heavily influenced by some of the greats he grew up listening to like Lynard Skynard, The Allman Brothers and country legends Merle Haggard and Willie Nelson. His musical sound has continued to grow with inspiration from Whiskey Myers and Blackberry Smoke. Listening to them helped Colston curate his own style of what he describes as “gritty Texas roots combined with a little blues and rock n’ roll.” His powerful vocals are undeniable and his honest, relatable lyrics resonate with his rapidly growing fan base creating a product you cannot deny.

Colston is already back in the studio pushing the limits of his song writing. New music is expected to be released in 2019.

TIPS for the show:
-- COME HUNGRY: We’ll have our full menu available all day!
-- ARRIVE EARLY: Please note for all RSVP’s: all seating is first come, first served and based on availability.
-- BRING CASH: we do accept credit cards at our main bars, but most pop up bars & beer tubs in Pat's Backyard are cash only.
-- RAIN OR SHINE
-- TICKETING QUESTIONS? Contact Prekindle Online Ticketing at www.prekindle.com.
-- PARKING: There is limited parking at The Rustic.
-- RIDE SHARING is strongly suggested. Don't drink and drive
-- YOUR SAFETY IS OUR TOP PRIORITY: The Rustic is operating at limited occupancy and adhering to all CDC and Dallas County guidelines and regulations to ensure your safety.