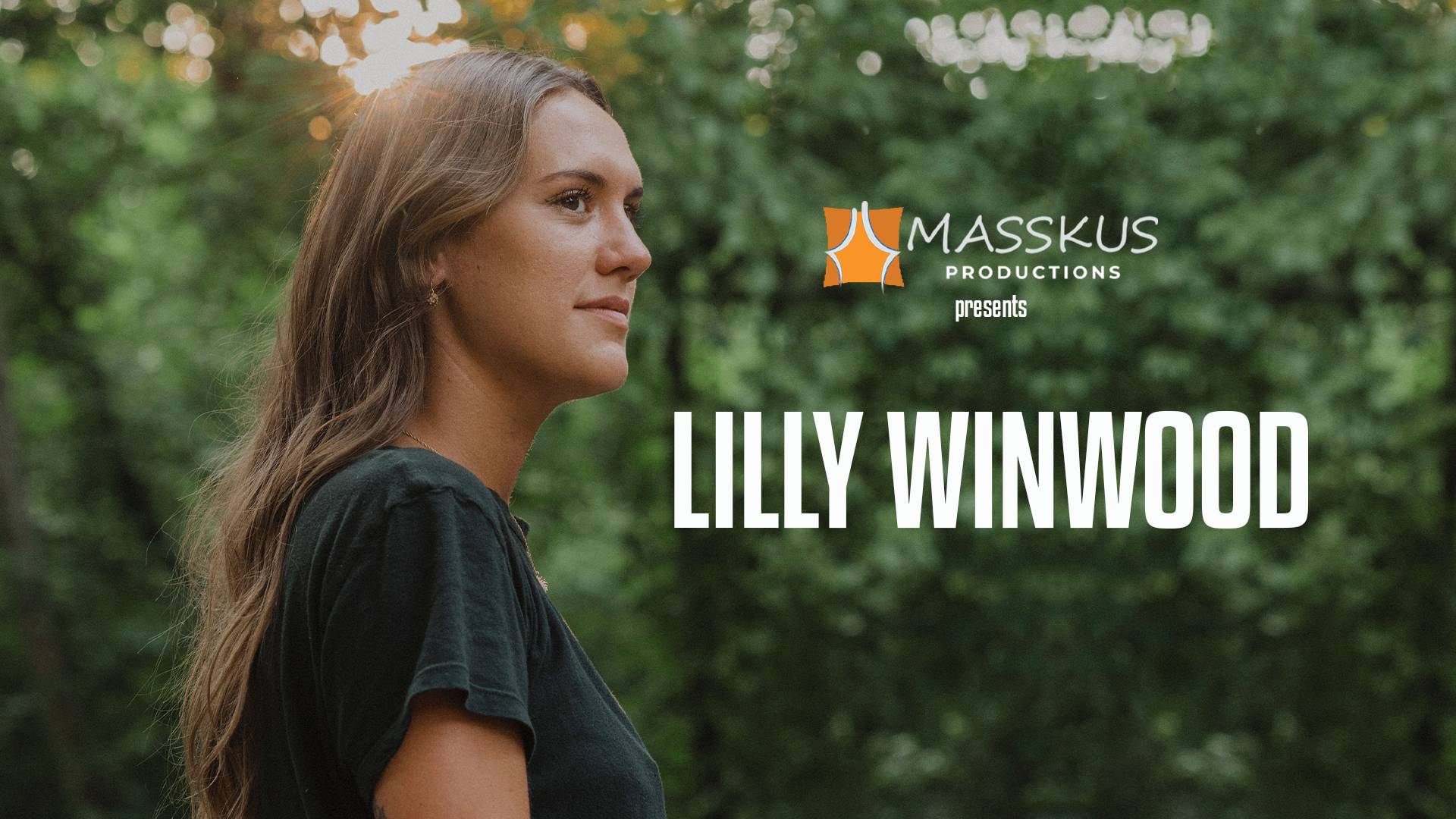 The next generation is making its mark!

In 2015, Lilly Winwood, (daughter of classic rock legend Steve Winwood) needed a vacation. The countryside of her native Gloucestershire, England felt too familiar, and London was, in her own words, “so big, so expensive, and reeked of havoc and loss and all that good stuff.” So Winwood hopped on a plane to Nashville, where she’d spent childhood summers visiting her mother’s family. The plan was to come back to England after a few weeks—but the vacation never ended.

Silver Stage, the debut EP from Lilly, chronicles this journey through earnest coming-of-age narratives and a sound that—much like her father’s work—offers an English take on traditional American roots music. Backed by Nashville-via-Australia producer Joshua Barber (Gotye, Archie Roach), the songs on “Silver Stage” blend Bonnie Raitt’s world-weary vocals, My Morning Jacket’s ethereal twang, and Brittany Howard's no-bullshit bravado to create an EP that pays homage to Lilly’s singer-songwriter idols (like John Prine) and establishes the twenty-one-year-old as a writer that’s wise beyond her years. For evidence, look no further than standout track “Safehouse,” a slow-burning, soulful meditation on adolescence that explores the bittersweet nature of growing up.

It’s no surprise that Lilly sounds at home on Silver Stage, though, considering she’s played music for most of her life. She’s written songs since her early teens (she wrote “London,” a song about an ex moving to the city, when she was fifteen), and she grew up playing in bands with her brother, Cal. Shortly after she began touring at age sixteen, and in 2016, she recorded a duet of “Higher Love” with her dad for a 2016 Hershey’s commercial, which Adweek lauded as “a true anthem spot.”

Following the release of Silver Stage, Winwood has continued on to collaborate with fellow East-Nashville-based Americana artists such as Boo Ray, with the release of their A-side/ B-side vinyl collaboration series with the A side being upbeat and whimsical single ‘Hard to Tell’ and the B-side being a cover of the late Kenny Rogers and Dolly Parton’s ‘Islands in the Stream’. Boo Ray describes Winwood to SideWays Media ‘as clever like a safe-cracker, cooler than a polar bear’s toenails, and has a wonderful uproarious laugh. She’s a world-class vocalist and smart soulful songwriter’.

Lilly also collaborated with Nashville based Americana artist Don Gallardo on his 7-track EP ‘In the Name of Good Intentions’ where Lilly’s vocals are featured on more than half of the songs. Rolling Stone deemed Winwood and Gallardo’s ‘Shine a Light on Me’ one of the ‘Top 10 Best Country, Americana songs to hear now’ in 2019, amongst Trisha Yearwood and Tanya Tucker. Winwood and Gallardo spent the majority of 2019 touring together in both the UK and the US, featuring on Chicago’s WGN-TV morning news as well as Nashville’s ‘Today In Nashville’.

Lilly has set her debut album release ‘Time Well Spent’ for January 29th 2021. In late December, Winwood’s music video for her current single “Few More Records,” entered into rotation on CMT’s CMT Edge. Throughout the video, Winwood expresses the story of the song by portraying someone burnt out on the road, struggling with inner demons, but knowing there is still a job to do. She wanted to show fans that is a possibility to embrace demons by dancing with hers throughout the video.

“The video release of ‘Few More Records’ provides a delectable taste of Winwood’s definitive country style highlighting her rich vocals and ability to carefully craft thoughtful lyrics. The full-bodied, metallic twang of the guitars resonates forcefully, welcoming Winwood’s bright, steady voice.” - Nicole Lise Feingold, Grateful Web
“Now set to release a new single (‘Few More Records’), a song with straight forward lyrics, that paired with her resonating vocals, make it an anthem for anyone whose career path is more like a maze than a straight arrow.” - Donna Block, Medium

‘Time Well Spent’, Lilly Winwood’s Debut record was produced by Alex Munoz and Allen Thompson in Nashville, TN at High Cotton Recording Studio.
Jennifer Daniels, an award winning author and songwriter out of Lookout Mountain, GA has released eight albums and a picture book, but her greatest joy is the laughter and comradery of a live audience. Besides playing concerts, Jenn and husband, Jeff Neal (electric guitar and mandolin player), run week-long school initiatives called Songwriting IS Writing! And they raise boy/girl twins (now in middle school) and a hundred pound black lab named Ziggy Marley. Look for Jenn's debut novel, The Locke Box, out August 2021, under the elusive pen name, Jennifer Daniels Neal.
“Jennifer's sound wanders from alt-country to haunting folk rock delivering her poetry with an urgency to match it's message.”  Paste Magazine
"The South that Jennifer writes of is the William Faulknerand Flannery O'Conner South. Darkly romantic, hot and humid, haunted and gothic. This is music that seems to have grown slowly from some rich, dark soil."
The Performing Songwriter - Top 12 DIY Releases
Event by
Open Chord
Calendar
Website
Facebook
Twitter
Instagram