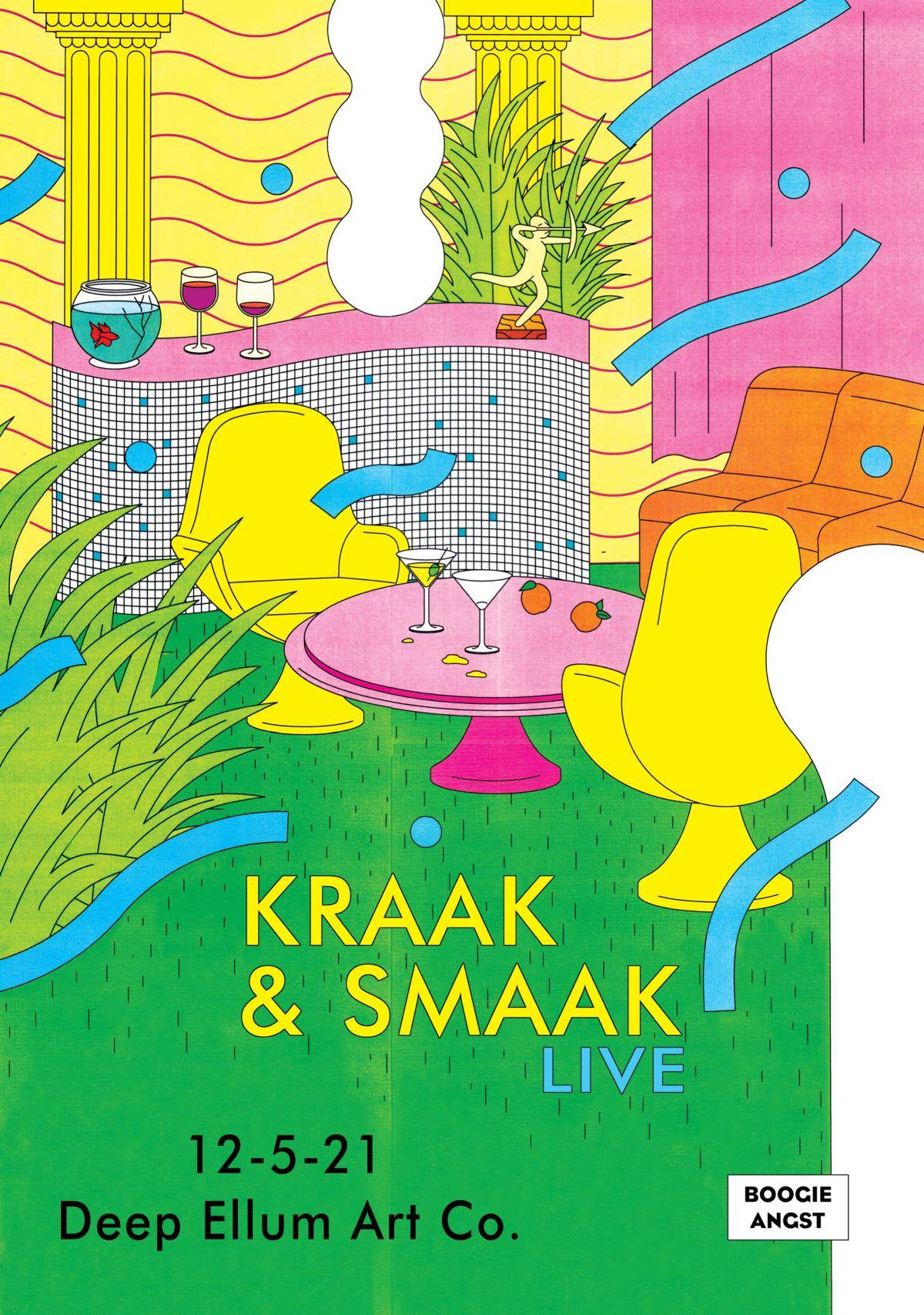 Establishing themselves with a distinctively warm and uplifting sound across genres as disco, funk, electronic, indie, deep house, soul and even pop, Dutch crew Kraak & Smaak’s vibrancy was first introduced to the world via their debut album, 'Boogie Angst'. With the buzz it created, their performances in The Netherlands quickly lead to invitations to play at Europe’s biggest festivals as well as crossing over to the U.S, highlighted by dates at SXSW, Coachella, and Miami's WMC.

The second album, 'Plastic People' dropped in 2008, and it’s hit single 'Squeeze Me' helped secure an international audience, gain the band significant media attention as a “Must see live act” and subsequently saw the trio take the stage at Glastonbury, Lowlands in the Netherlands, and Europe's biggest festival, Sziget. During a five-week live tour across the USA, Kraak & Smaak performed at Jimmy Kimmel's late-night show on ABC television as well as a month-long Australia tour and stepping on remix duties for Jamiroquai.

In the following years, the upward trend of Kraak & Smaak continued with the release of the albums 'Electric Hustle' (2011) and 'Chrome Waves' (2013), featuring artists such as Romanthony (who’s single was transformed by Solomun into a deep house classic), again Ben Westbeech (Breach, The Vision) and funk legend Lee Fields. The trio embarked on a demanding schedule of international live and DJ tours, including career highlight shows at Detroit Movement, Glastonbury and Serbia’s Exit Festival, while new remix work followed for Moby, Aretha Franklin, Chromatics and Royksopp.

Kraak & Smaak’s fifth studio album ‘Juicy Fruit’ (2016) was a return to the organic sound of their debut and embraced stunning contributions by the now established, but talents at the time, Parcels, but also Mayer Hawthorne.

Next, alongside global touring duties, 2017 and 2018 saw the release of one-off singles for Exploited, Spinnin’ Records, Future Disco and the first K&S releases on their own imprint, Boogie Angst, plus a DJ mix compilation for Toolroom’s Poolside Disco series. Released at the end of 2019, their most recent, sixth album, ‘Pleasure Centre’, saw them building further on the sound they laid down with ‘Juicy Fruit’, but again exploring new territory with fresh approaches to West-Coast and 70’s and 80’s sounds and joining forces with up and coming artists as Izo FitzRoy, The Palms and Satchmode.

A Corona-stricken 2020, with consequently many a show canceled, provided the opportunity to spend a lot of time in the studio instead, leading to remixes for f e Yuksek, Tensnake and Blank & Jones and one-off single releases for Toolroom and Too Slow Too Disco.

Finally, March 2021 saw the end of the current album’s release cycle with the release of ‘Pleasure Centre Remixed’, collecting reworks from among others Tensnake, Satin Jackets, Aeroplane, Yuksek, Prins Thomas and Atjazz. Currently the Kraakers are working on new original singles and a new album.