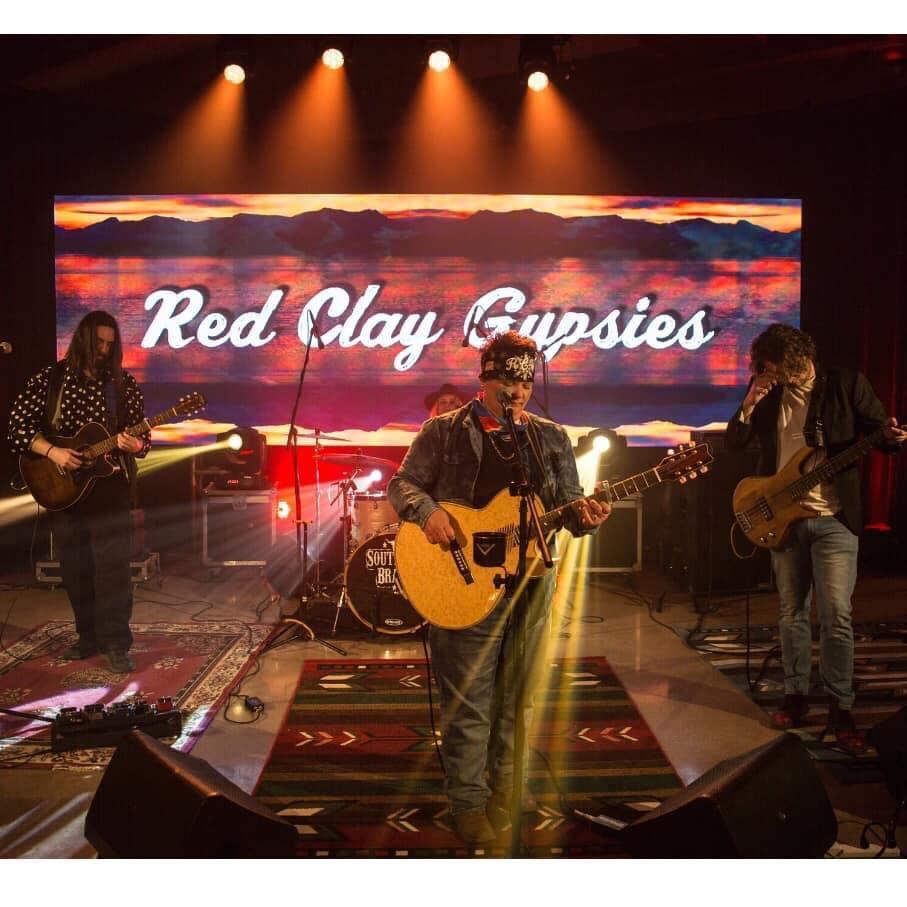 No one busted onto the Ok/Texas Country circuit  quite like Red Clay Gypsies. With the recent release single and video of “No Last Call” is the first inkling of what’s to come. Red Clay Gypsies has steadily earned the reputation as being one of the Ok/Texas Red Dirt Country scene's best-kept secrets.

Red Clay Gypsies didn't rush into releasing too much before they were ready. While they're definitely still a new band on the circuit, the four-piece consciously waited for the right song to come before releasing their debut single and video “No Last Call.” A song with sharp guitar riffs, smoky vocals and an echoing chorus. That time, effort and patience pays off immensely for the group with the ever promising Southern Oklahoma band.

Devin Baize was born in the tall East Texas pines, where he found his country rooted sound. His soulful voice carries a low rich range, which pairs well with his tales of heartache, triumph, and travel. A recent transplant to Portland, OR; Devin Baize has been paying his dues in Austin, TX the past five years. From house parties to downtown bars and patios he is always wearing a smile and singing his tunes to create an enjoyable atmosphere. With influences from Beck to Beethoven, Devin has created a unique style and sound. Most call it Folk, but what isn't some ways. Some say he has a beach bum vibe with the picking and strumming styles of a Jack Johnson, or a story telling wit of Todd Snider. In his mind it's just music, and in that sense; it's all good.