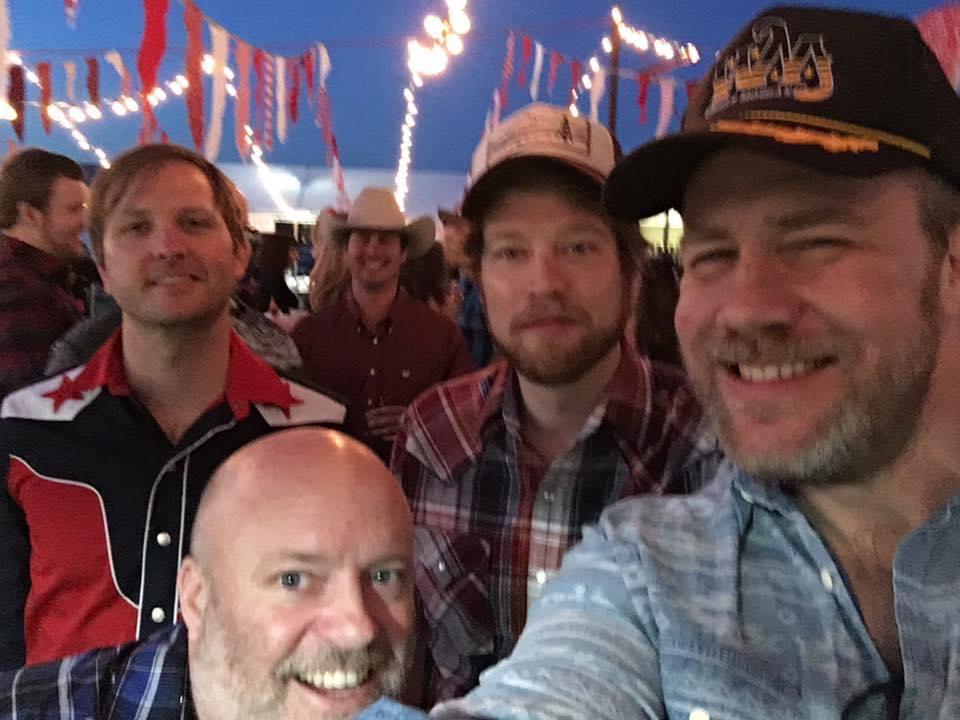 We are the Boys Named Sue, how do you do? As we approach 20 years as a band, we decided to start an Instagram page tracking our 20 year history together of ripping apart honky-tonks with our unique brand country & western music. Feel free to send us any old pics if you find ‘em and we will be sure to post them assuming they are not too incriminating. The Sues played our first show in the Summer of 2001. John Pedigo and Ward Richmond grew up together in East Dallas and played football  together while also performing together in the show choir and musicals while attending Woodrow Wilson High School. They wrote their first song together in 1994 for a final exam in Theater Arts class and started their first band together in 1995 which was a punk rock outfit called South. In 1997, they started an oldies cover band together called The Fenders and in 1998 formed Slick 57. Slick 57 was playing tons of shows and pursuing a record deal in 2001 when the two amigos thought of the idea to start a side project honky-tonk cover band and call it Boys Named Sue, while road-tripping home after a weekend of beer drinking and playing guitar at a ranch party in Brownwood, TX. On the drive home, they began the process of recruiting Rob Stave to play fiddle and Scotty Tecce to play drums. Ward and John met Scotty in 1998 when Scotty moved to Dallas from Austin to play drums with Kim Lenz & her Jaguars. Slick 57 played tons of shows with the Jaguars during that time which led to their lifelong friendship with Scotty. In 2001, the boys met Rob while playing a music festival in Pine Mills, TX with Slick 57 and Rob’s band Trainwreck and became fast friends with the fiddling prodigy from SoCal. Rob and Scotty both agreed to hop onboard and the Sues began playing a Tuesday night residency at Muddy Waters on Lower Greenville in the summer of 2001. From that point on, John became known as Sue-A, Ward became Dub Sue, Rob morphed into Bobby Sue which may or may not be his legal name today and Scotty became Snakebite Sue. The rest is history. #boysnamedsue #texascountry #dallasmusic #americana #honkytonk #countrymusic