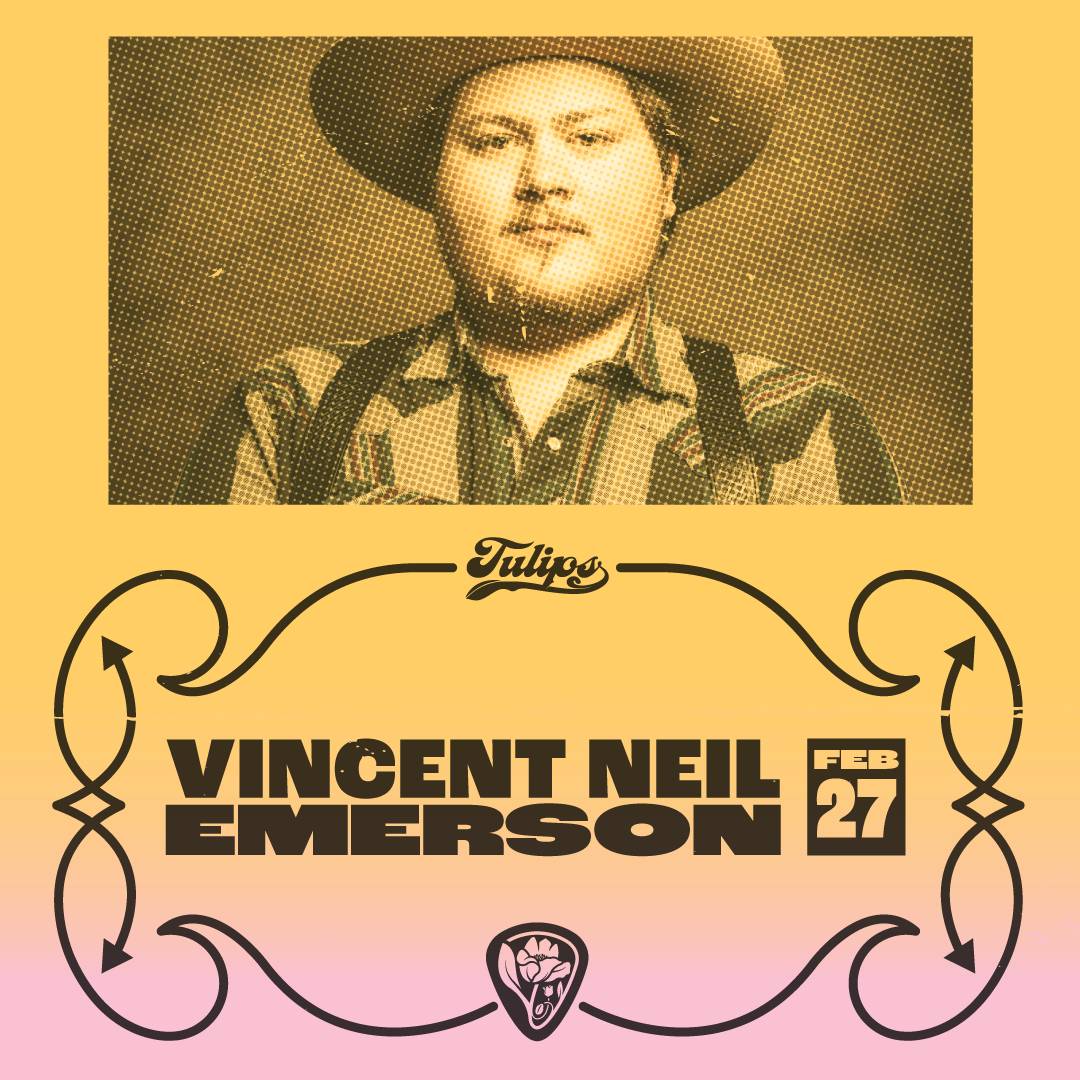 An Evening with Vincent Neil Emerson

Vincent Neil Emerson's bio reads like a typical country song sounds. From the small town of Myrtle Springs, TX, raised by a single mother, poverty and struggle abound. But the music of Emerson is far from typical. His sound is timeless and positive. He says it best in the song "Bad Side of Luck," from his Fried Chicken and Evil Women debut, "I came out clean. There ain't too much I regret. But it's a wonder I ain't the meanest son of a bitch that you ever met."

Emerson's lyrics are joyful and heartbreaking turns of phrase, lines that stick with audiences from first listen. Take for instance the highly identifiable lyric "I want to be a bottle on the top shelf, covered up in dust. No they won't be able to afford me. They won't have enough," from the fan-favorite track, "Letters on the Marquee." The hope of proving everyone wrong lives in that song.

Lyrics and catchy rhythms are not the only thing propelling Emerson along. He has been endorsed by celebrity Jason Mamoa and toured internationally with friends Colter Wall and Charley Crockett. His latest album was released September 13, 2019 by La Honda Records.