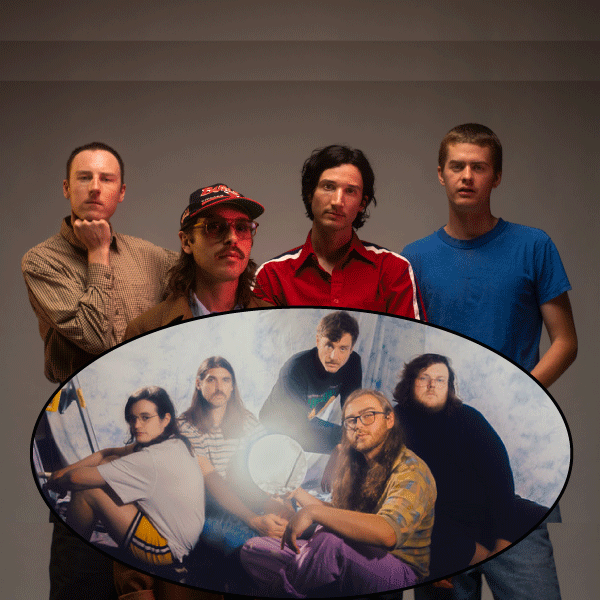 Restlessness is the first step towards pleasure. We make comfort out of discomfort, pleasure out of pain. That journey isn’t always a straight line, but at least we’re going somewhere real. “I had to move, Lord I couldn’t be still” is the unsettled way that Video Age’s new album and title track, Pleasure Line, begins. But as the song unfolds, it uplifts us into a romantic space of possibility and love.

Just as “love” is both a noun and a verb, Pleasure Line is both a road to be traveled and the act of crossing that road. Singer and multi-instrumentalist Ross Farbe says, “Once you cross that threshold and become vulnerable in love, there’s a whole new challenge. There’s a reason that song comes first on the album, because the rest of the songs exist in that place.” These catchy, memorable songs radiate big “glass half-full” energy.

Do you think you know what Shy Boys sound like?

Each album feels different, and the audience gets the pleasure of listening in while Shy Boys experiment with and master new sounds. On their new album, Talk Loud, our Shy Boys are clearly so in sync with each other that they are able to explore getting out of sync in a way that feels right. The album is fun and scary at the same time. Right when you start to feel comfortable you turn a corner into a different dimension. They pan vocals, take audible breaths. The backing vocals are pure feeling. There’s a comfort to feeling surrounded by the five distinct voices that make up Shy Boys, but once in a while it starts to feel foreboding, too.

Touring can be a grind, and it can also feel like summer camp. Bands develop shorthand for communication, get used to tight quarters. You talk to each other and you sit in silence. It magnifies and affects your relationships with your bandmates, with yourself, and what home means to you. With Bell House, the tight-knit Shy Boys spent about a “year-and-a-half cheek-to-cheek in a conversion van touring the country,” recalls lead singer, Collin Rausch. They became friends with artists they’d been fans of… tripped in northern California under the redwoods… played for a couple thousand people and… played for two people. Arriving home from this intense journey together and separating from each other physically aligned with some personal and musical perspective changes. The outcome is an album that grapples with attachment.