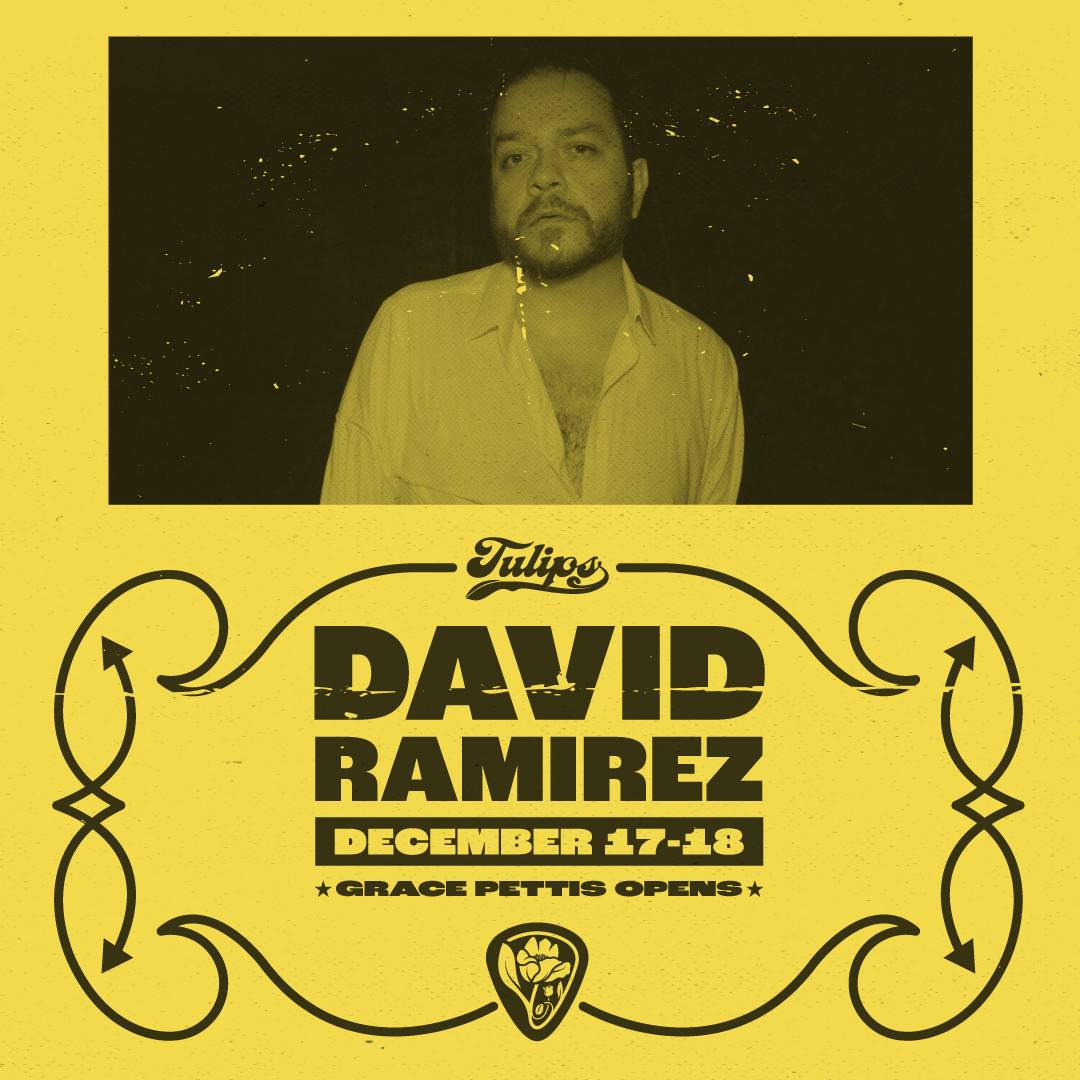 Tulips Fort Worth is excited to welcome An Evening with David Ramirez. Grace Pettis opens the show.

“David Ramirez has a voice like a tall tale, one minute strong and thick, the next threadbare and careworn.” — Stereogum

“Mr. Ramirez is a resolutely hesitant singer, never pushing his hurt, letting it instead decay him from within.” — The New York Times

“It's not easy for a writer to maintain the aura of the unspoken in a song. Music and the space surrounding it intensify the impact of confession; the true challenge comes in giving voice to a narrator who's tongue-tied, or simply reticent. Texas singer-songwriter David Ramirez does so beautifully…” — NPR Music