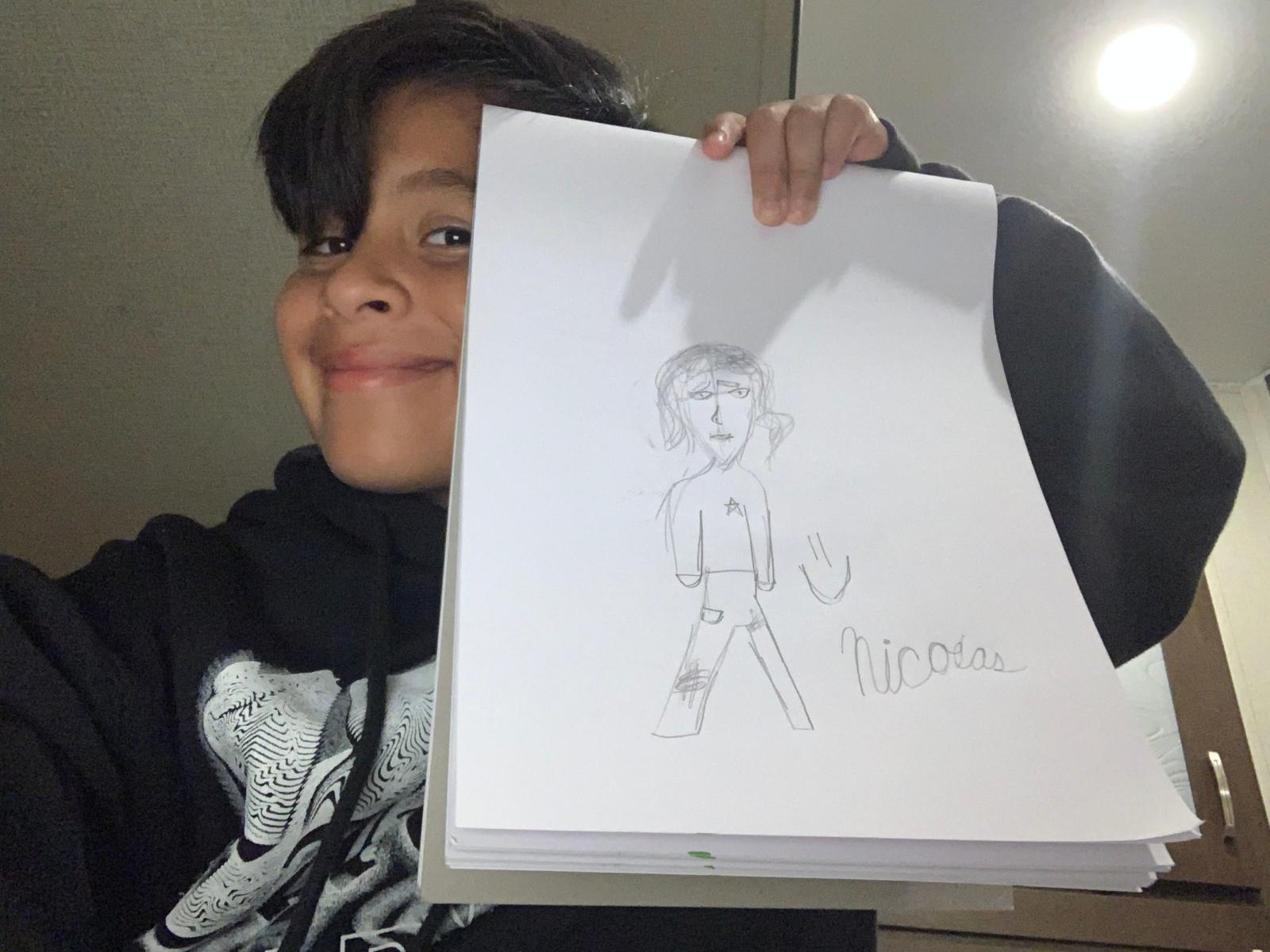 You are invited to Nicolas Escalante’s Art Gallery!

The gallery is free to attend!!

At 7:00 pm, there will be a concert on the Main Stage featuring Bidi Bidi Banda--

tickets for this event may be purchased HERE.

This art exhibit will be on display in the Gallery

and open to the public at the following times:

“Nicolas was a pure soul full of life. He would light up every room he would walk into. Always making our days brighter with his sweet smile and those adorable dimples he had. He was so charismatic and had a charm to him no one can really explain. Even standing over 4ft tall at nine years old he still had such innocence in him often being confused as the oldest of the two sons we had. He often found that amusing, always teasing his brother about it. When in reality he was still a child, my baby. He loved his teddy’s dearly often collecting them from all the different places we would travel to. He never went to bed without one, sometimes we would look at him and realize-although he may look older, his heart was still that of a young child. He would run every night to me and give me “shmuggles” as he would call them, referring to snuggles. Boy, how we will miss those. He had a thirst for life, often trying new things. Once he set his mind to something there was no stopping him. Weekends were his favorite, he knew how to ride a bike, became an expert at rollerblading, was a pro at skateboarding, and loved the water-he was such a great swimmer at such a young age. He never feared trying new foods, his favorite being sushi. But he had one special talent, one he was very proud of. He was an artist and had a vision none of us had. He was so talented and gifted, not only will he sketch out outfits that one day he would dream of creating, he would design buildings, he would create new rollercoaster rides, his imagination was just endless and the talent he had to put his vision on paper would always blow us away. We look now, through all the artwork he left behind and we’re in awe of how gifted he really was. His dream was always to be a fashion designer or an architect-anything he can draw about, he would. We would like the world to remember him for his talent, for who he truly was, and how amazing he could’ve been. We always knew he was special and one day he was going to be something big. Never did we imagine we would have such a short time with our boy. As we go through every inch of our home collecting every piece of paper he ever sketched on, we realize he left us so many memories behind. His art collection is immense and although it brings us tears to think he’s gone, those same pieces of art he left for us bring us joy and some sense of peace, knowing he lived every day to the fullest, and every day we allowed him to be him-spectacular, artistic, and sassy of course. Before he left us, we told our boy “draw everything buddy because one day we’ll see you again and we want you to show us everything.” His memorial will be the art show he always dreamed of, with visitation being open to the public. We know he must be smiling ear to ear and shining brighter than ever knowing his pieces will be up for display for the world to see. Thank you for keeping our boys light shinning with every prayer that has been sent our way. Forever and always we will have Nicolas in our hearts.”