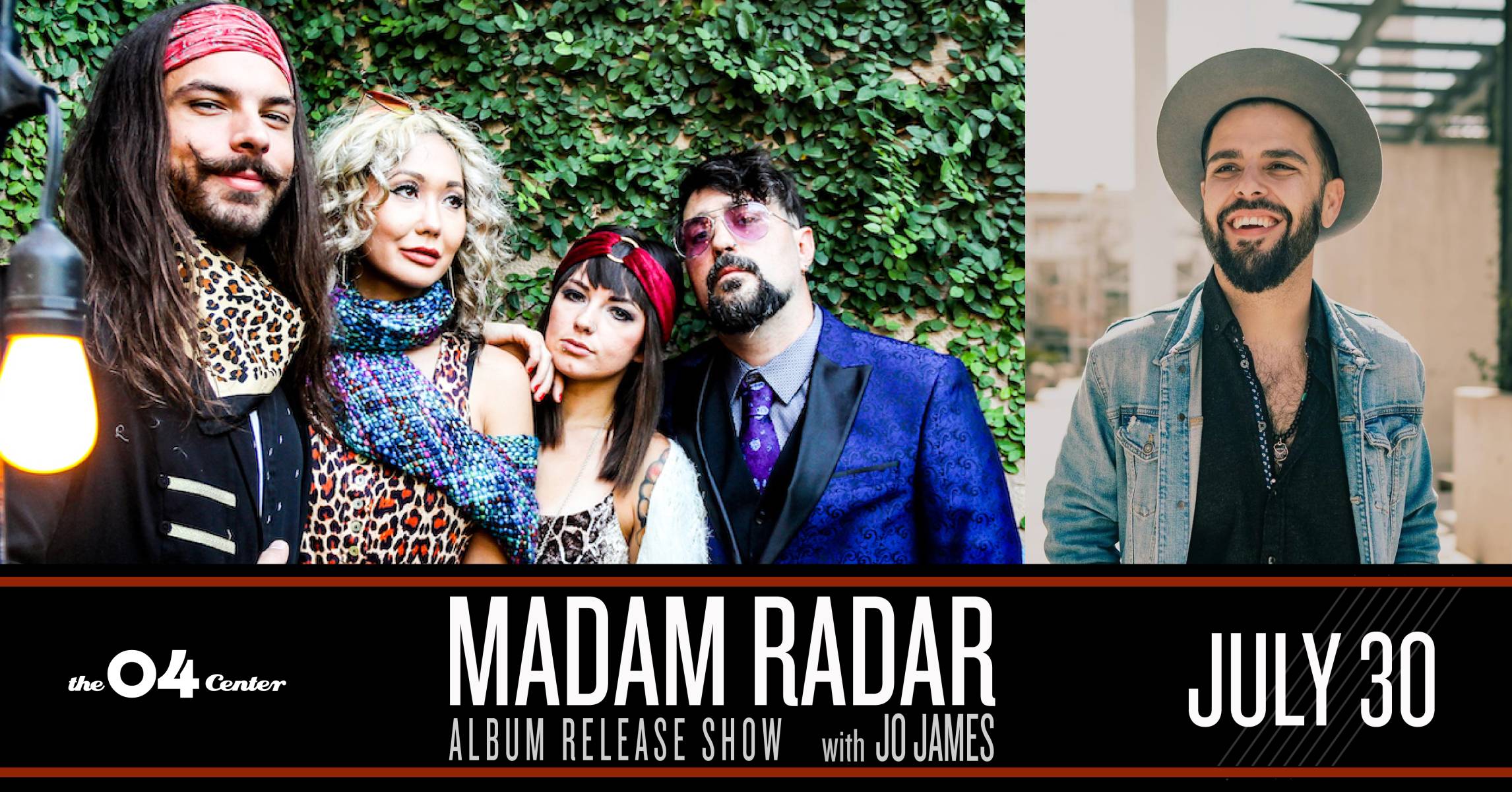 MADAM RADAR is an Americana rock band that punches hard with their explosive harmonies and eclectic original tunes. Having the unique advantage of three lead singers and songwriters, there’s something to be enjoyed for a variety of listeners. Once described as Fleetwood Mac meets the Eagles, there’s palpable energy in this family band that can be felt from the stage. Jace and Kelly Green are husband and wife and hold down the front end while their brother Kody Lee and Violet Lea make up the rhythm section. Soaring guitar solos, sweeping vocals, rich harmonies, and the diversity in the songwriting as the lead singers swap tunes truly makes a MADAM RADAR show a unique experience.

MADAM RADAR announced their name change after being awarded their second grant from Black Fret in December 2019 at The Black Ball at ACL Live at the Moody Theater. It was after this that they released their third full length album Madam Radar in 2020, recorded at The Finishing School and produced by Gordy Quist of The Band of Heathens.

During the global pandemic shortly following the release of Madam Radar, the band had to find a unique way to navigate the difficult situation and created a livestream that blossomed into a variety show with a global reach and spanned 63 episodes from March of 2020 to June 2021. The MADAM RADAR Saturday Night Extravaganza featured a variety of covers as well as new originals, games and auctions for the fans to interact with the band, and even a Halloween and Christmas special with a bonus jingle created specifically for their favorite shot- Iron Hot, made out at Iron Wolf Ranch and Distillery in Spicewood, Texas.

In October of 2021, MADAM RADAR went back into The Finishing School with Gordy Quist and Steve Christensen to record their newest studio album. It is due to be released in the summer of 2022.

Jo has worked and performed with some of the industry's top acts and also received the honor award at the 100% Music Songwriting Contest, and was nominated for “Soul of Austin” award at Austin Armadillo Awards.

You may have seen him featured on Season 17 of The Voice. “Great raw talent and voice is lovely to listen to” - John Legend “I love Jo’s voice” - Blake Shelton