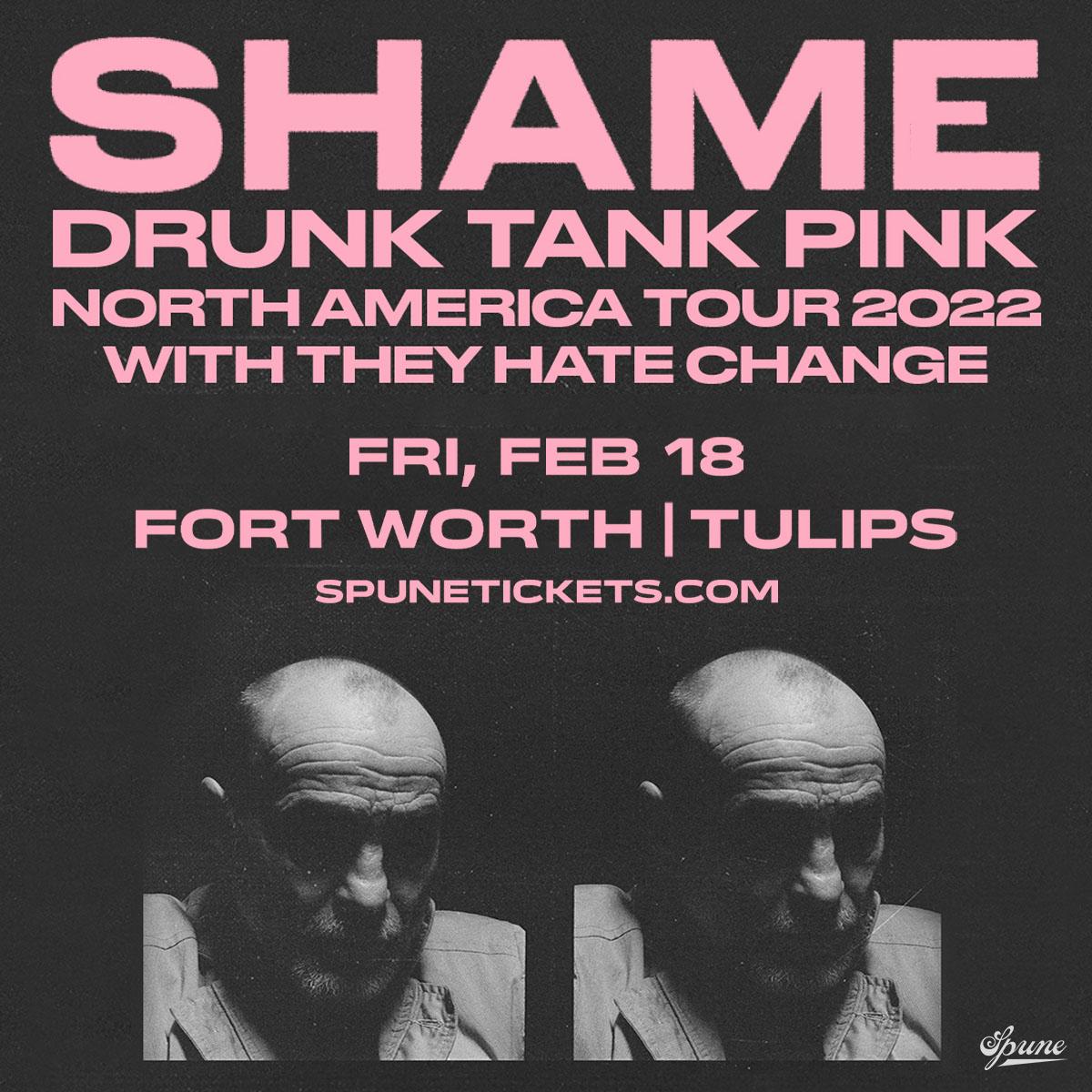 Since starting out as school boys, this five-piece band has become notorious for stealing every stage with the outrageous, jaw-dropping performances that have become the shame signature. Their riotous two-year journey has included gate-crashing a Glastonbury stage, supporting The Fat White Family, Warpaint and Slaves, performances in Europe, Austin Texas, a nomination for best new artists at the prestigious Anchor awards, headlining their own UK tour and releasing the double A-side single, Gold Hole/The Lick and follow-up, Tasteless.

Formed in the playgrounds of South London, Steen met guitarist Sean Coyle-Smith at primary school. They got together with guitarists Josh Finerty and Eddie Green at secondary school. Charlie Forbes –the drummer – was at nursery school with Green. Bonded by their precocious taste in music (one of their first gigs was supporting their hero Mark E Smith of The Fall) during their A level years they were hanging out at Stockwell’ s Queen’ s Head – unofficial home to The Fat White Family.