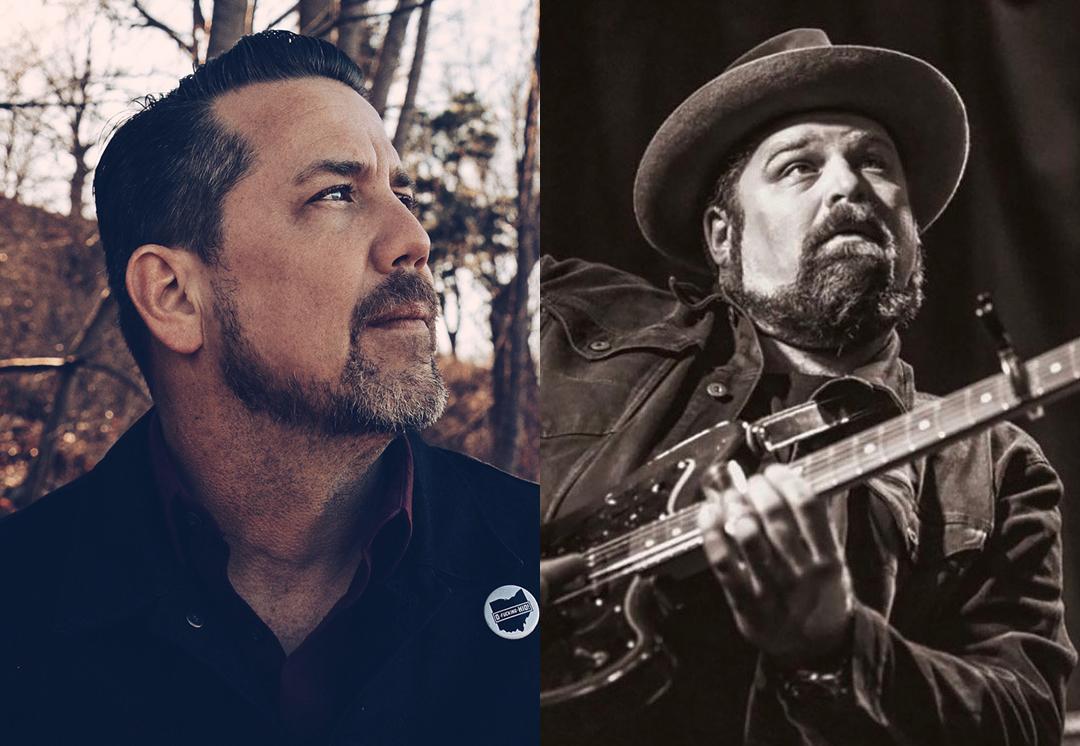 Patrick Sweany lives for the Grooves.

Whether it's the ones he records on his albums, the ones he lays down with his band on the stage, or the ones that define his days writing songs and living life in his E. Nashville neighborhood, the Grooves are what have propelled Sweany through 20+ years of performing and recording across 8 studio albums and dozens of countries around the world. Being in the Groove is Sweany's recipe for success.

To say 2020 has disrupted these Grooves, is a severe understatement. The cancellation of live music in the U.S. for the past several months initially ground Sweany's Groove to a halt. However, it hasn't all been bad. The time away from the road and away from the studio has forced some introspection and reflection.

Serendipitously, Sweany had begun a new experiment in 2019 teaming up with Andrew Trube and Anthony Farrell (the Austin duo known as Greyhounds) to rework and re-record some of his oldest compositions. Taking songs from his first two records, Sweany headed into Bud's recording Services, Greyhounds' studio while on tour in Texas.

Together with his touring band, Sweany reworked about a dozen older songs, and even tracked a cover and a never-released tune. The experience was rewarding and fun, but with tour dates pending, the rough tracks sat on the shelf for several more months. Once back in Nashville, Sweany began working with local producer Dexter Green at 3 Sirens Studio. Dex began meticulously shaping and mixing them, and Get That Feeling was born.

Nine Mile Records is releasing two batches of these recordings (volumes I & II) in 2020 and 2021 while Sweany writes and records another full-length album of new compositions.

The songs represent both a look back over Sweany's long career, and new collaborations that showcase some sides of Patrick's songs you might find surprising.

​It's never too late to find a new Groove.

Rather than simply roll up to those fabled crossroads of blues lore, JD Simo builds a bridge by hand. The Chicago born and Nashville based singer, songwriter, guitarist, and producer
connects the missing link between Motown and Woodstock as he fuses fluid and fiery fretwork with vital and vulnerable vocals. JD has been acclaimed by Rolling Stone, NPR, Guitar Player, Relix, No Depression, and more…. Logging hundreds of gigs annually, he has collaborated with Jack White, Tommy Emmanuel, Luther Dickinson and Blackberry Smoke among others. Not to mention, he graced the bills of festivals, including Bonnaroo, Warren Haynes Christmas Jam, and Mountain Jam. Phil Lesh, iconic co-founder of The Grateful Dead, invited him to join Phil Lesh and Friends. Meanwhile, JD’s 2019 solo album, Off At 11, incited fan fervor and tastemaker praise. Billboard claimed the record “channels forbearers such as Jimi Hendrix, Santana and the Allman Brothers Band,” and Guitar World dubbed it, “another step toward the 34-year-oldChicago native establishing himself as a contemporary blues rock giant.”

Throughout 2019, he maximized rare time off to write what would become JD Simo. Returning home after 150 gigs, he worked out of a “funky little eight-track studio” in his house. When it came time to record, he sought out a co-producer for the first time. Enlisting Eddie Spear behind the board, he recorded the album to tape in just three days during January 2020. And then, the pandemic hit. “Like everyone, I was unprepared in how to deal with this new “normal” so I turned to the thing that always helps me: music,” he elaborates, “I just started playing, opening up my socials and jamming and from that, Mind Control was born.” Mind Control, which is being released on November 5, is JD’s most unique, original and rawest effort to date. During lockdown in 2020 along with playing live weekly on his socials, he began cutting tracks in his makeshift studio joined by longtime collaborator Adam Abrashoff on drums and the addition of his good friend, bassist-producer-engineer Adam Bednarik (Justin Townes Earle), where they mused and fused a proverbial “stew” of shared musical influences. The songs are a mix of the hill country trance blues of Junior Kimbrough, RL Burnside and Asie Payton, the hypnotic Afro Beat of Fela Kuti and Tony Allen and the psychedelic warps of Captain Beefheart, Funkadelic, and Jimi Hendrix. In that swirling mix is also some old school blues of John Lee Hooker, Earl Hooker and Lightnin Hopkins and the spice as well as the raw fuzzy rock of The Stooges and Nirvana. “It is a lot!” laughs JD, “but the idea of the lockdown and after fighting Covid, it just all came naturally from us. The feeling in the record is hope and mixing it up when your options just narrow. We literally did what we know how to do to cope and that is what I am most proud of on Mind Control.” Mind Control is an artists record, the product of like minded musicians huddled in a humble setting, making music to make them feel good. JD says, “It is stark and revealing and the product of us using the creative process for therapy and the fun of playing music. I hope that what resonates for people is of course the music but also the vibe of the record which is a positive theme of growth, self help and also struggles with addiction and mental health baked inside a haunting, low down musical landscape. It’s raw, funky and real. ”JD will tour beginning in late September with GA-20 hitting all the cities he’s missed during this lockdown.