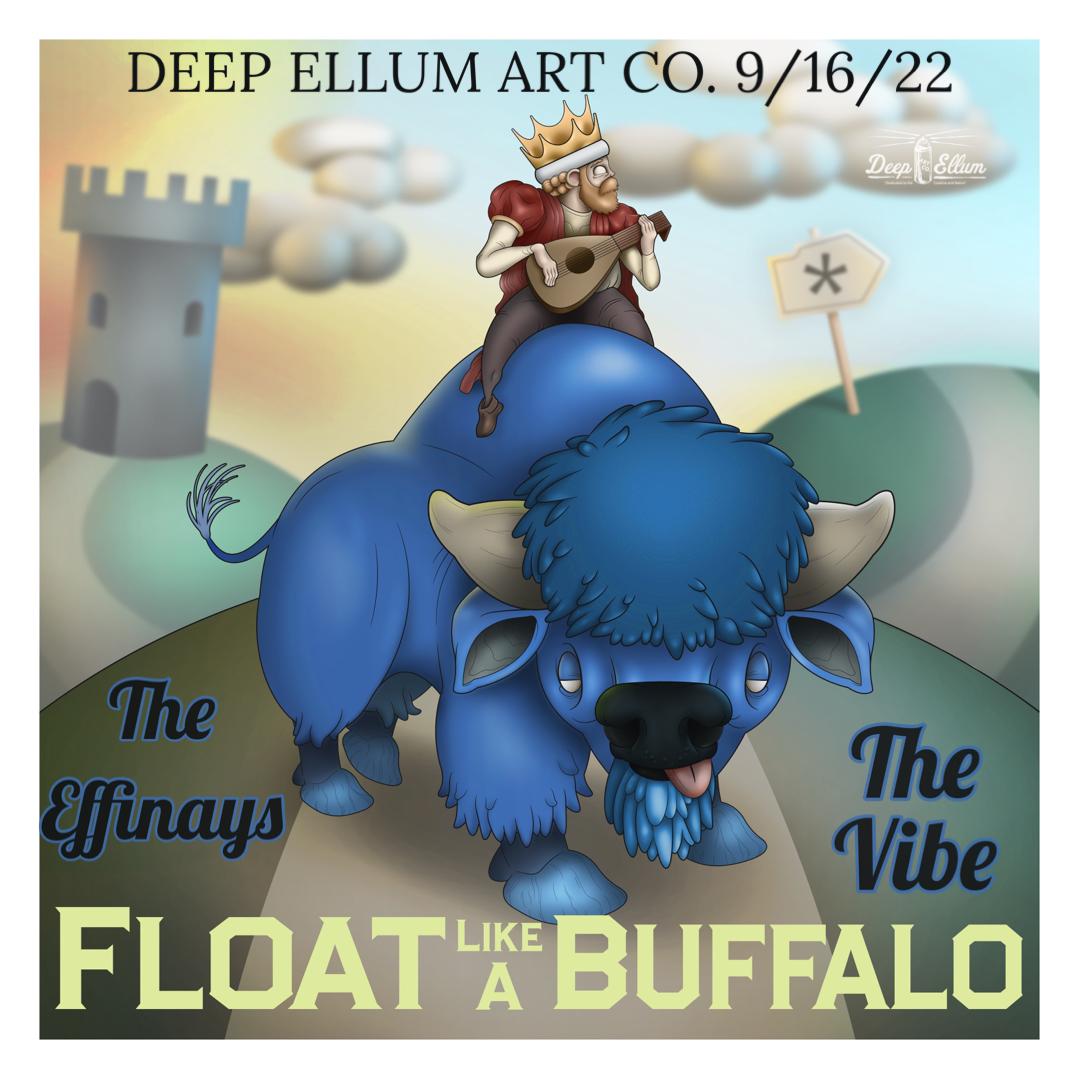 Deep Ellum Art Company Presents: Float Like a Buffalo - The Effinays - The Vibe

During the pandemic, the band created The Yard Ahead Tour, a live + live-stream hybrid concert experience sponsored by Breckenridge Brewery. In 2020, Float Like a Buffalo sold out a 2-night socially distant run at Red Rocks and a 2-night run at The Soiled Dove Underground for their Vertigo EP Release Show.

The Vibe is a blue eyed soul group out of Dallas Texas that brings a vintage feel with a modern twist, delivering sounds that we all know and love in a way that sounds completely new. Their unsuspecting vocalist, James Sebastien Hayes delivers a smooth tenor vocal over the groovy machinations of guitarists Ben Smith, and Andy Welker. What really sets The Vibe apart is their approach to songwriting. There isn’t one primary writer in this band, and no member can be held wholly accountable for the sounds they create. Collectively, their influences range from blues classics, funk, R&B, and classic rock, to heavy metal, 90’s pop, alternative, jazz and classical. That is what makes their sound so unique, and palatable to just about anyone who has ears. They make music that you can feel things to, and that's why they are aptly named, The Vibe.