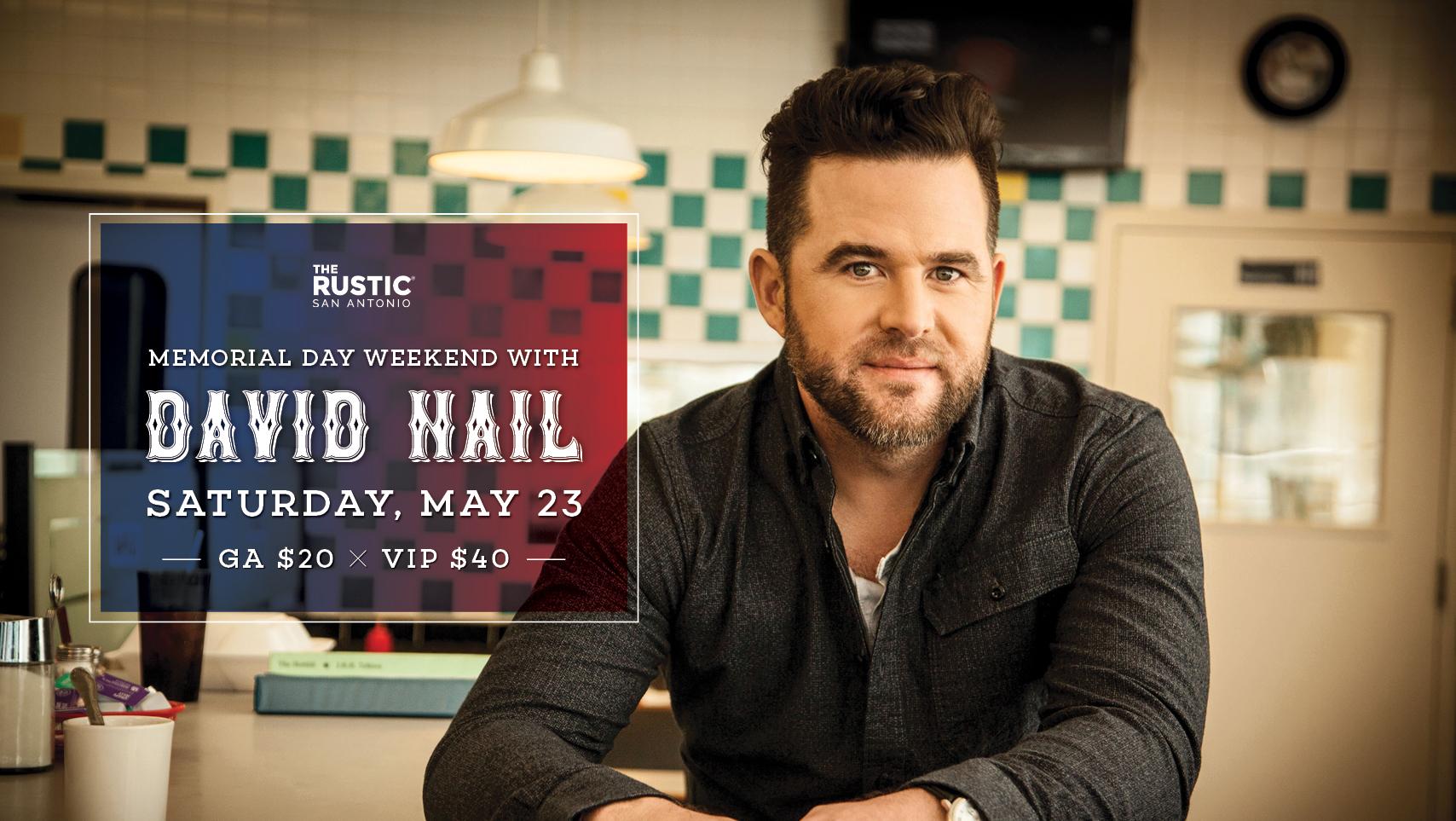 Join us for Memorial Day Weekend with David Nail at The Rustic San Antonio!

About David Nail:
David Nail has spent a decade leaving his unique mark on modern country music. He reaches a new creative peak with 2018’s Only This and Nothing More, a record that matches his longtime melodic chops with atmospheric rock & roll guitars, lush keyboards, drum loops, and rule-breaking arrangements. Billed not as a solo album, but as a project by David Nail and the Well Ravens, Only This and Nothing More finds its frontman leaving behind the familiar comfort of his longtime record label and, instead, uncovering new ground with help from two longtime partners; multi-instrumentalist Andrew Petroff and producer Jason Hall. Inspired not only by his country roots, but also the guitar-heavy stomp of Oasis, the reverb-heavy wash of Ryan Adams, the rhythmic punch of the Black Keys, and the anthemic swell of Kings of Leon, Nail and the Well Ravens co-wrote a collection of songs that placed a contemporary spin on older sounds. The result is David Nail’s most sonically adventurous work to date, as well as his first release as an independent artist. He’s a country crooner one moment, an indie rocker the next, and a diversely compelling frontman throughout. Most importantly, he’s an artist following his muse, making music without rules or regulations.

TIPS for the show:
-- ARRIVE EARLY: This event is a combination of standing room and limited seating. Please note for all RSVP’s: all seating is first come, first served and based on availability.
-- BRING CASH: we do accept credit cards at our main bars, but some pop up bars & beer tubs in Pat's Backyard are cash only.
-- RAIN OR SHINE
-- TICKETING QUESTIONS? Contact PreKindle Online Ticketing at www.prekindle.com.
-- RIDE SHARING is strongly suggested!
-- SELF PARKING: available throughout The RIM. All parking spaces in The RIM are available on a first come, first served basis.