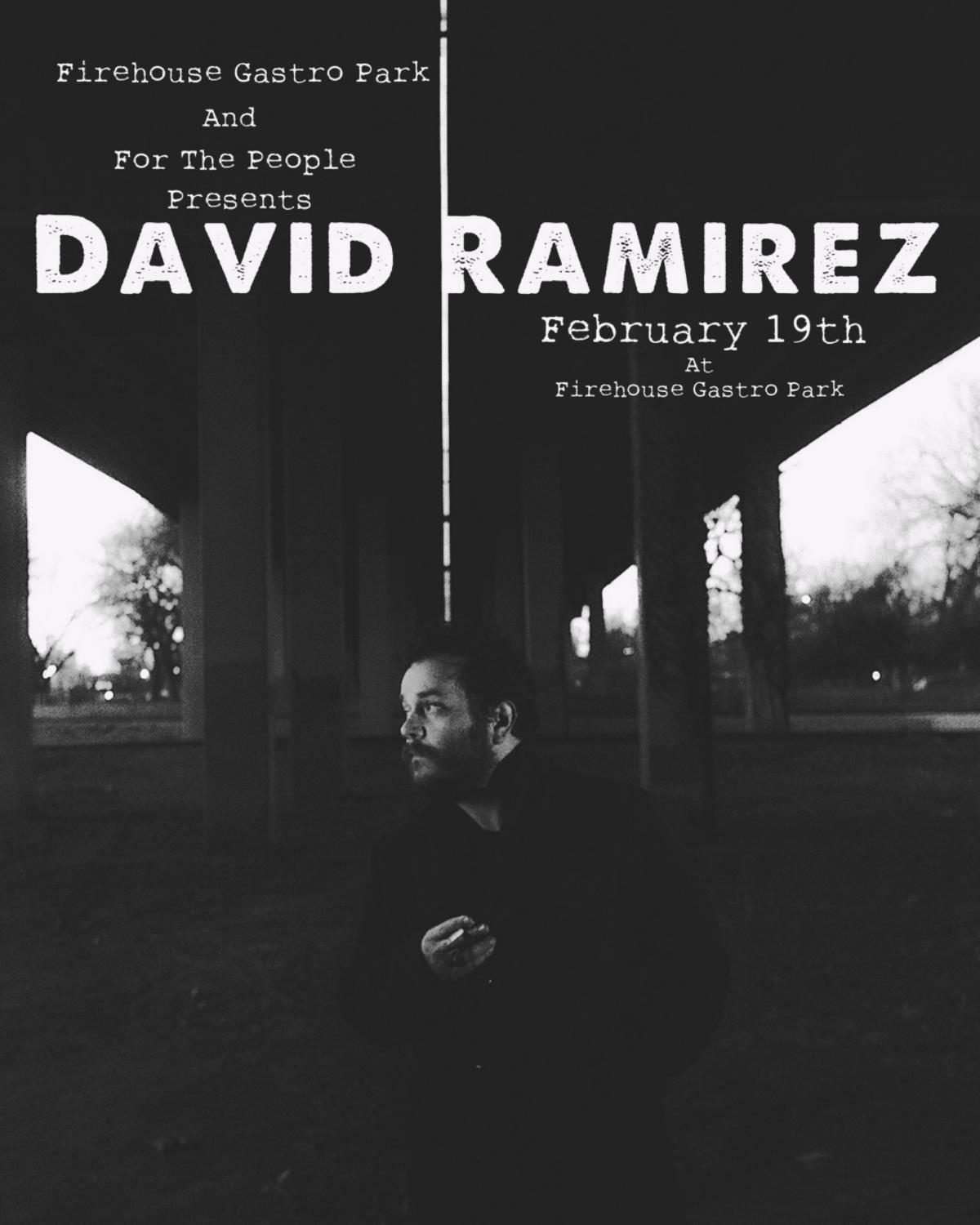 Firehouse Gastro Park and For The People Present

Due to inclimate weather the show is now moved to February 26, 2020

Firehouse Gastro Park hosts an outdoor, socially distanced stage where live music can be enjoyed safely.  We ask every patron that is not enjoying food or beverage to kindly wear a mask

“David Ramirez has a voice like a tall tale, one minute strong and thick, the next threadbare and careworn.” — Stereogum

“Mr. Ramirez is a resolutely hesitant singer, never pushing his hurt, letting it instead decay him from within.” — The New York Times

“It's not easy for a writer to maintain the aura of the unspoken in a song. Music and the space surrounding it intensify the impact of confession; the true challenge comes in giving voice to a narrator who's tongue-tied, or simply reticent. Texas singer-songwriter David Ramirez does so beautifully…” — NPR Music