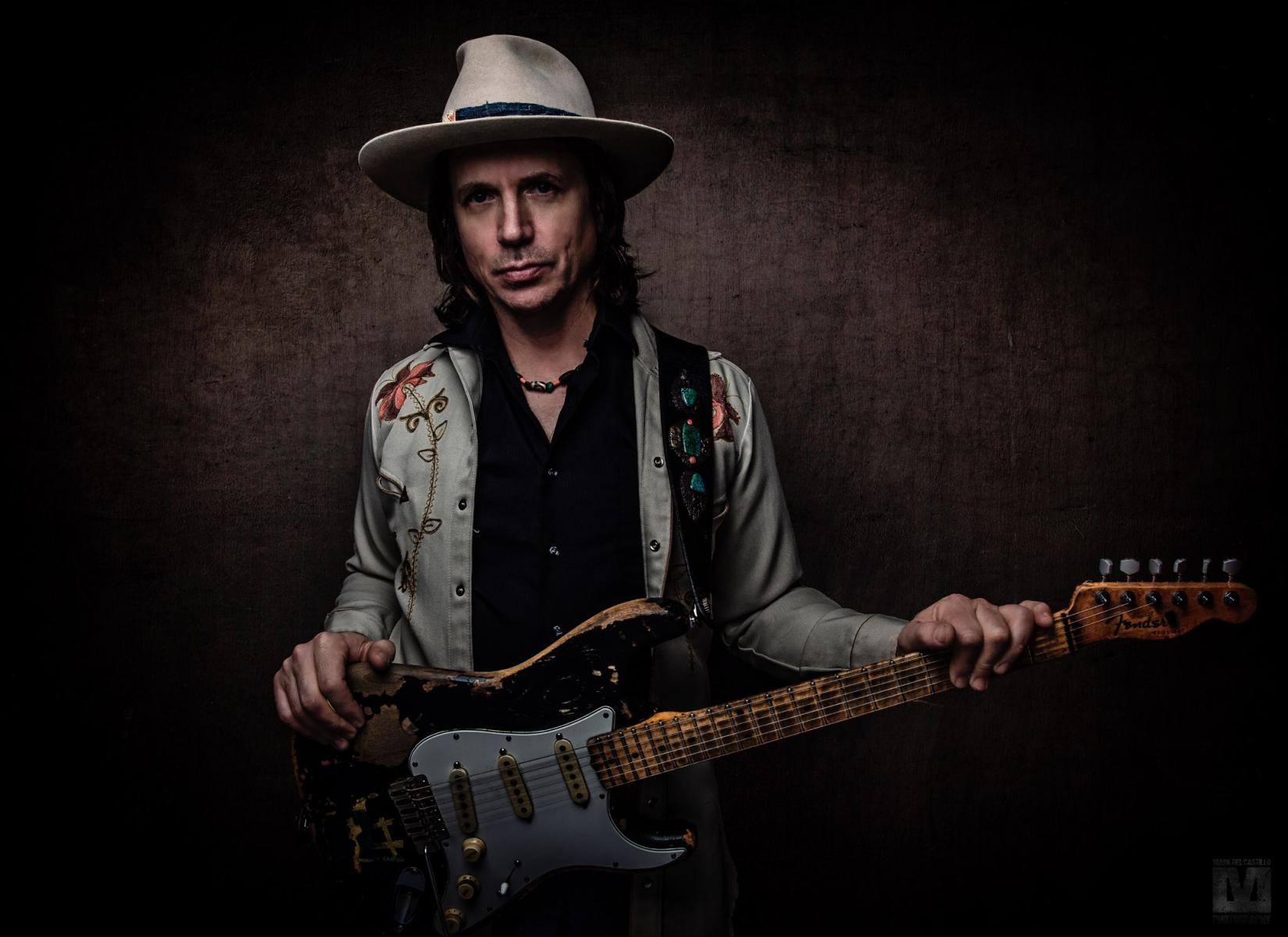 How do you define success as a musician? Is it a list of your accomplishments? Is it the sphere of your influence? Is it the strength of your recordings and live shows?

The word "legend" is showing up more and more in concert introductions and interviews, but the reference makes Ian uncomfortable. Yeah, he's proud of playing stadiums with the Stones, arenas with Dylan and ZZ Top, showing up in movies like Slingblade, and having numerous radio hits and tv performances.  The awards are affirming and exciting; the records are an ambitious list, with a who's who of producers and players. But it's the soul that he's chasing.

Ian would rather talk about the colors and sounds of the records, the connection with fans, and of spirit. He plays shows like they are the last thing he will ever do, and though he is known for his skills as a singer, guitarist, and songwriter, the ferocity and spirit are his stock-in-trade. When Ian plays, he doesn't do it to show his ability. He plays to create a communion with his audience. When he sings, he is seeking a connection- to elevate and heal. When he writes, his songs dance with the darkness, but always hold the promise of redemption and light.

In a time when  musicians have to think more like branding agencies, Ian's music is uniquely original with his own unique gumbo of styles and sounds. At the same time, he has a deep respect for the past, and you can hear echoes of the lineage of the great Texas songwriters and guitarists who mentored him and helped shape his sound. Like them, he sees the music as a living, breathing, ever-changing form that shouldn't be controlled, but left powerful and wild. He has lived on the creative edge, often confusing labels and companies, but continuously pushing himself sonically and lyrically into new terrains, and in doing so, has kept his creative spirit young and vibrant.

Reflecting on his live shows, Ian says, "I want the room to be a church, but one where everyone is included, and our collective goal is to shed the burdens, to elevate and refill the soul. I want to communicate true joy, give them a place to share their sorrows, give them a place to shake their asses, to sing along. When I talk to folks after the shows and hear how my music has helped them through the challenges of their lives … when I hear about them walking down the aisle to Satisfied, eulogizing a friend or family member to Today or Blue Sky, hearing that they knew they could keep going because of New Day … that's when I see my success.

Sparky Parker is a blues/rock/soul guitarist and vocalist from Houston, Texas with the grit,  drive, and talent needed to stand tall in the eternally-competitive Texas music scene. Houston  fans knew him as a young blues guitar prodigy but Parker has grown far beyond that kind of  simple label. Parker is now a triple threat who writes quality songs, sings with a feeling, and  plays with ferocity. His latest release, In The Dark, saw the light of day in the fall of 2019 and  broke Parker to a larger, national audience.

Parker began playing professionally straight out of high school, cutting his teeth as a frontman  with the rock band Bayou Monster and playing guitar in the blues band Mojofromopolis. He  also joined the Houston rock band Funky Mustard, who he still plays with to this day. Parker  went on to log road miles with Blues Music Award-winning artists Diunna Greenleaf and  Vanessa Collier, playing important shows around the USA and Europe, including The Legendary  Rhythm and Blues Cruise, The Blues Music Awards show, and The Chicago Blues Festival among  dozens of other major music festivals.

Parker launched the Sparky Parker Band in 2012 with Kevin Berry (drums) and "Fender" Phil  Lock (bass). The band is a high-energy outfit whose debut album, Live In Houston, was captured  live in the band’s hometown at Dan Electro's Guitar Bar. The trio format lets Parker dig deeply  into his influences, which include Jimi Hendrix, The Allman Brothers, Texas and Chicago Blues,  Classic Soul, R&B, and Classic Rock. The seven originals and three covers from the latest record  show off the band's versatility. Hard-driving rockers like "In the Dark" and "This Old Thing" keep  your head nodding and foot tapping. Bluesy originals like "Games" and "Good Man" show that  Parker can hang with the best of them when it comes to a more traditional electric blues  sound.

Parker has been compared to Gary Clark Jr, Stevie Ray Vaughan, and Jonny Lang but creates intensely original music that never falls into the shadows of imitation. A shy and reserved person offstage, music has always been the best way for him to forge connections with other people. It’s how he tells his story and speaks his mind. Anyone interested in where the blues is heading in the modern era should discover Sparky Parker today.