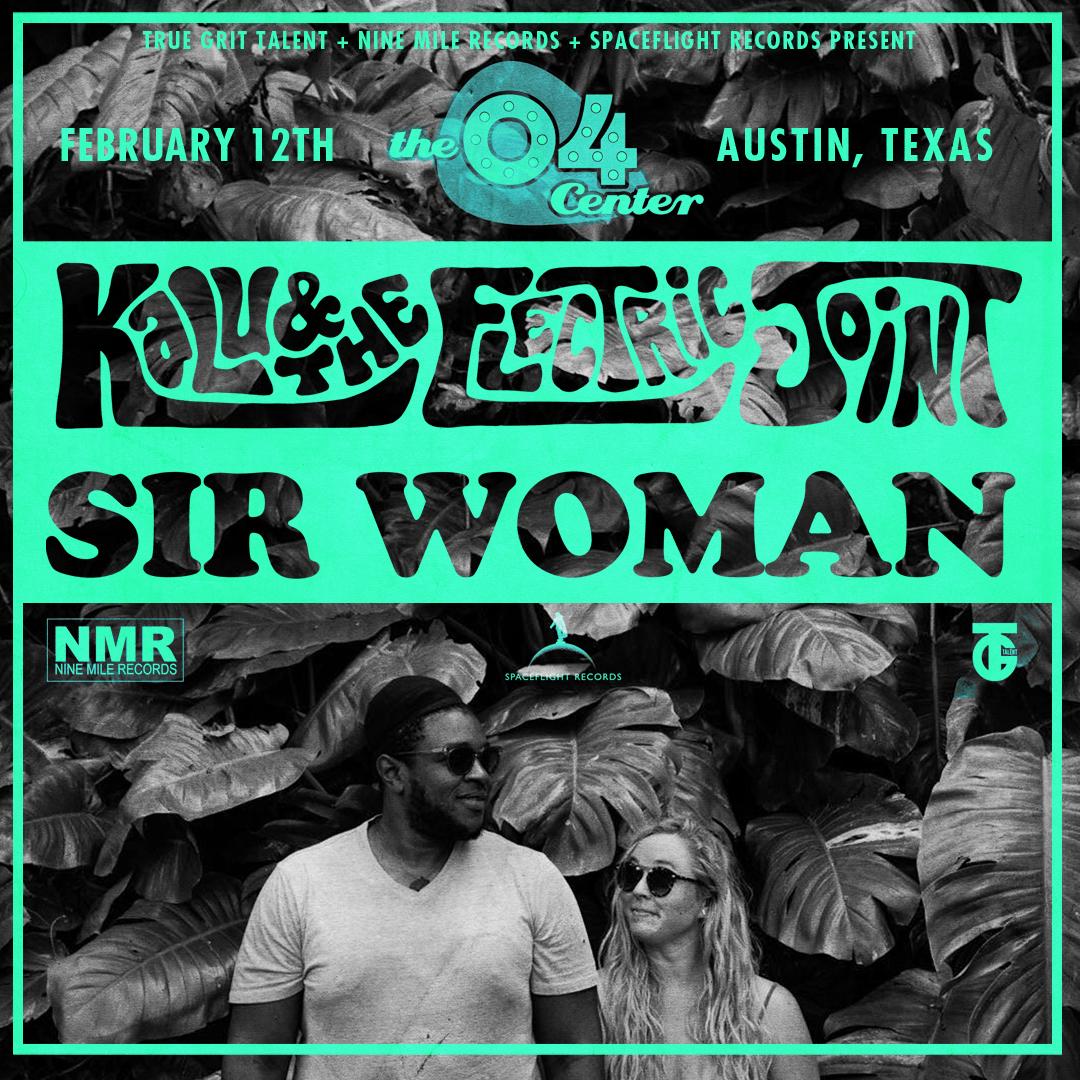 TICKETS
General Admission Seated: $22/$27
VIP Reserved Seated: $35
(VIP Ticket is for reserved seating in the first 5 rows, other amenities may be added soon)


Kalu and the Electric Joint blend the powers of psychedelic soul music with the driving beat of rock and roll and the ancient rhythms of Africa. Born in Nigeria, Kalu relocated to Austin, Texas, where he put together a stellar ensemble of players who graciously fuel and follow his deep well of eclectic influences. The group’s new record, Time Undone is a sonic masterpiece of original tunes with a positive message and soul-stirring beats. The arrangements are masterfully crafted allowing the songs to breathe and flow. From the first note, these musicians show that they’re prepared to carry modern music forward while still paying tribute to the inspirations of their past. Their music invokes a wide range of emotions while influencing with an uplifting message through masterful playing. Opening for acts like George Clinton & The Parliament Funkadelic, Vieux Farka Toure, Allen Stone, Keller Williams amongst many others, this band comes to play and when they do, the dance floor never stays empty.

With fewer reasons to celebrate, soul-singer Kelsey Wilson (Wild Child, Glorietta) ditched the party vibe she planned for her maiden, solo debut in favor of a more aptly titled record for troubled times.

But make no mistake, the Wild Child co-founder has stepped into the spotlight alone with this collection of love songs she wrote for herself as the perpetual party of touring life started to spin out of control.

“This EP is me finding what makes me feel good and falling in love with myself. A mix of everything that makes my body move — pop, soul, gospel, funk, folk, and R&B. It feels so right to make a record that has my actual heart in it,” Wilson said. “These songs are the part of me that wants to help people fall in love with themselves through music. I can’t wait for everyone to hear it."

Consider that evidence Wilson is “moving effortlessly into a brave new R&B-infused, gospel-flecked world where her golden pipes ease you back into a fluffy pillow of serenity and bliss,” NPR critic Gini Moscorro proclaimed.

In some ways, the EP’s title track, “Bitch,” set for an Oct. 1 release, took on new meaning after the world shut down.

When Wilson belts, “You’ve been a bitch, baby,” it’s as if a year at the crossroads of coronavirus crisis and national civil unrest is the unintended target of the soul-singer’s angsty honesty.