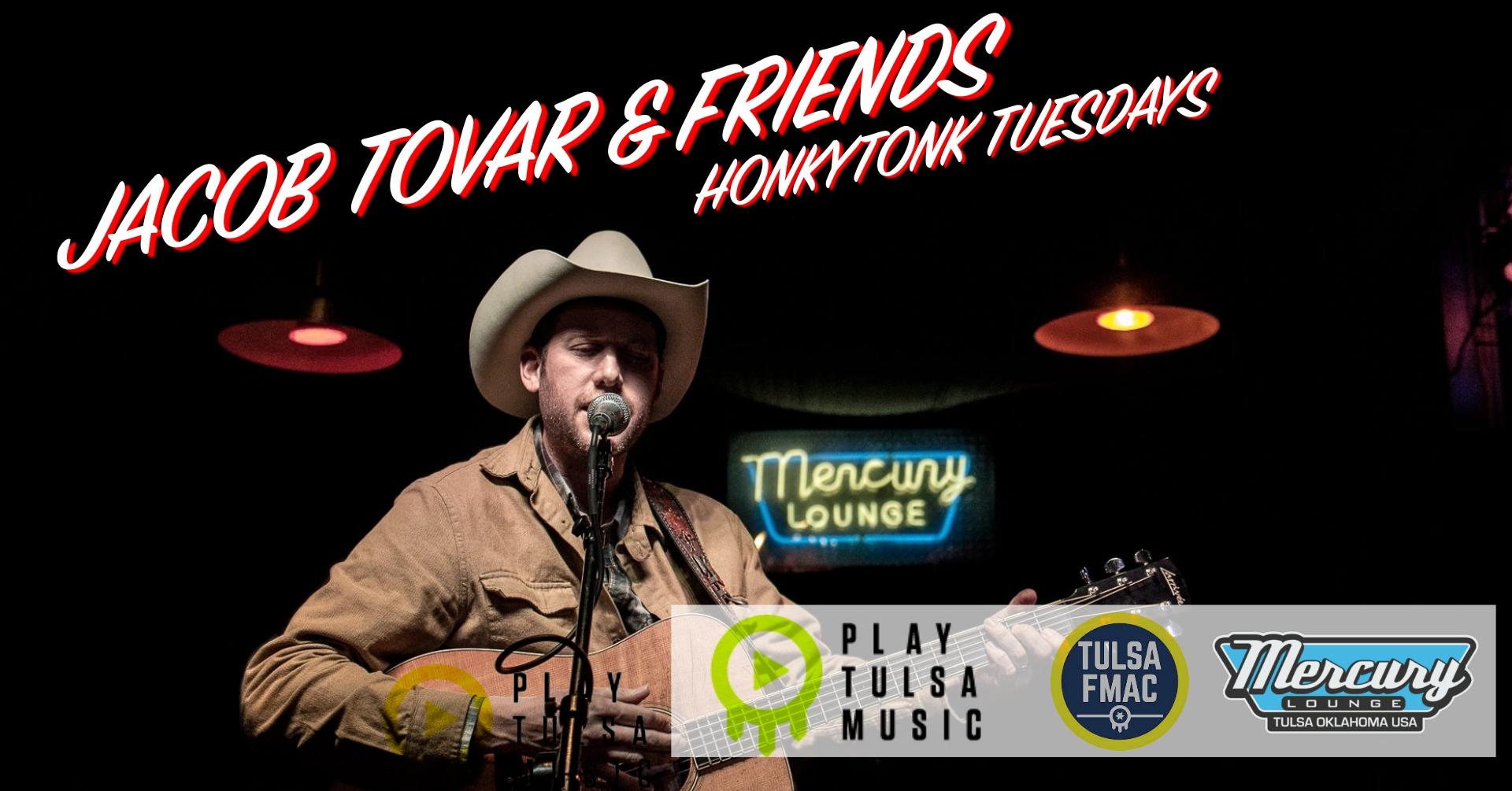 Jacob is an Oklahoma-grown musician bringing country music back to its roots! His distinctive crooning honkytonk vocals weave Americana, Folk, and Old School Country styles together to enchant and haunt, all within the same verse, in this “Roots Country” style of his own. Jacob sings impactful country classics and writes and performs his own sincere songs, with which everyone can relate. He is Tulsa-based today, but Jacob grew up in Western Oklahoma working with his family's business and appreciating many walks of life through a wide-open country lens. Since his debut album entitled “Jacob Tovar and the Saddle Tramps”, he has been spreading the Roots Country genre around sharing bills with the likes of: Chris Stapleton, Junior Brown, Sturgill Simpson, Wayne the Train Hancock, Corb Lund, Hot Club of Cowtown, Paul Benjaman, John Fullbright, and many other Tulsa icons and legends! You can often run into him taking in live music in the Tulsa area, continually connecting with the close-knit scene there.