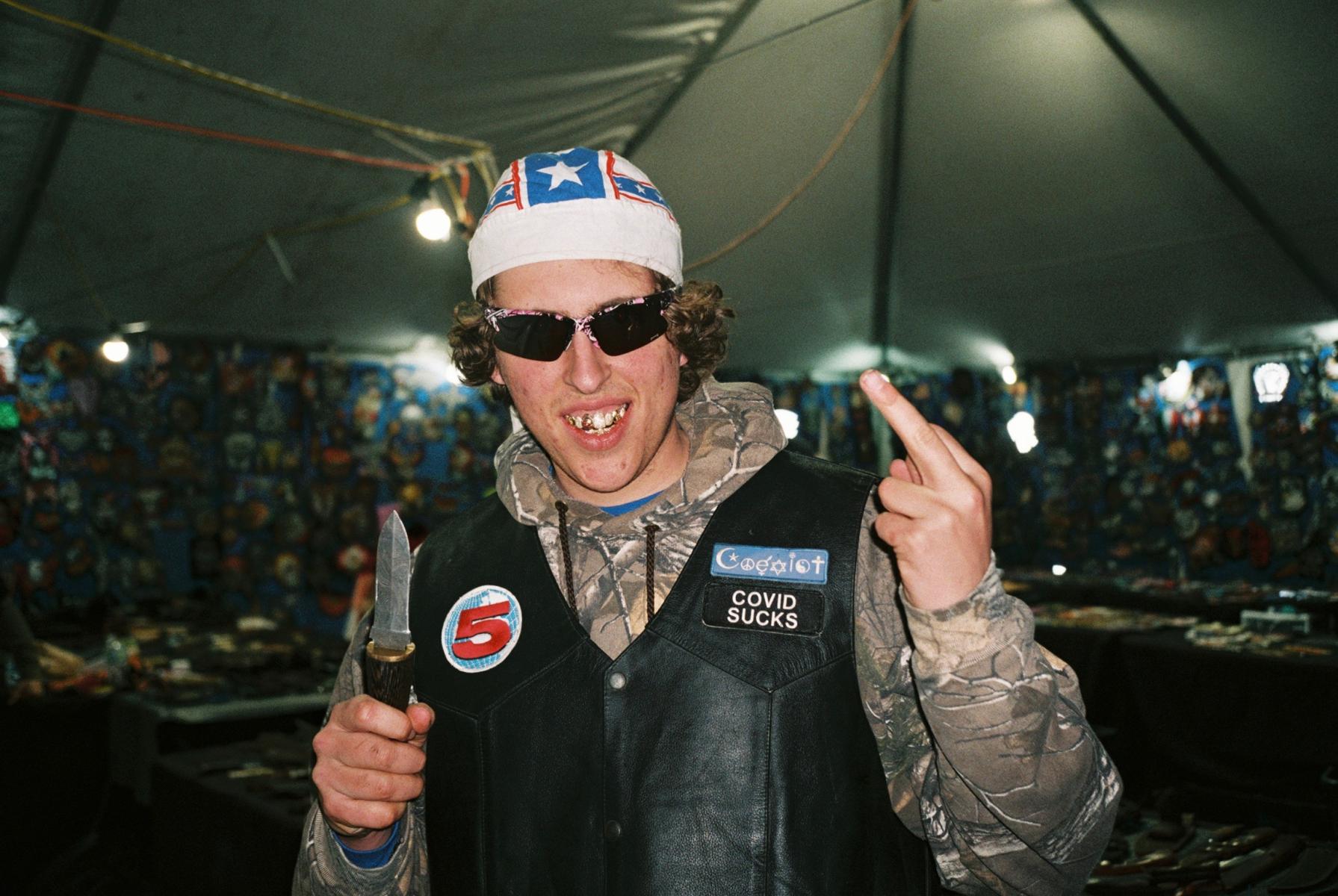 We wanted to let you know that a brief portion of the program does contain explicit content. The audience will be advised before the content begins so that they have the option to step out of the room for that segment.

Andrew Callaghan is a 25-year-old American journalist acclaimed as “the only honest man left in news.” Known for his deadpan humor and unfiltered reporting on complex social and political issues via his YouTube channel, Channel 5 with Andrew Callaghan (billed as the “digital journalism experience”), Callaghan explores the depths of the most controversial issues in spectacular fashion. This year, Callaghan traveled to Ukraine to document the Russian invasion in a way that made even the biggest broadcasters in global news question their access; covered the NRA meeting and exhibition which occurred this past May in Houston, Texas days after the tragic mass shooting at Uvalde which took the lives of 19 students; and covered a pro-choice protest in his hometown of Seattle, Washington just 48 hours after the Supreme Court decided to repeal Roe Vs. Wade, featuring interview with protestors and pro-lifers. Other recent highlights include documenting: Lyrical Lemonade’s Chicago festival, “Summer Smash;” Daytona Bike Week with motorcycle enthusiasts at Cackleberry Campground; and Satanic Semple Gathering in Scottsdale aka SatanCon.