The War and Treaty with special guest Nicole Atkins

The War and Treaty, Nicole Atkins 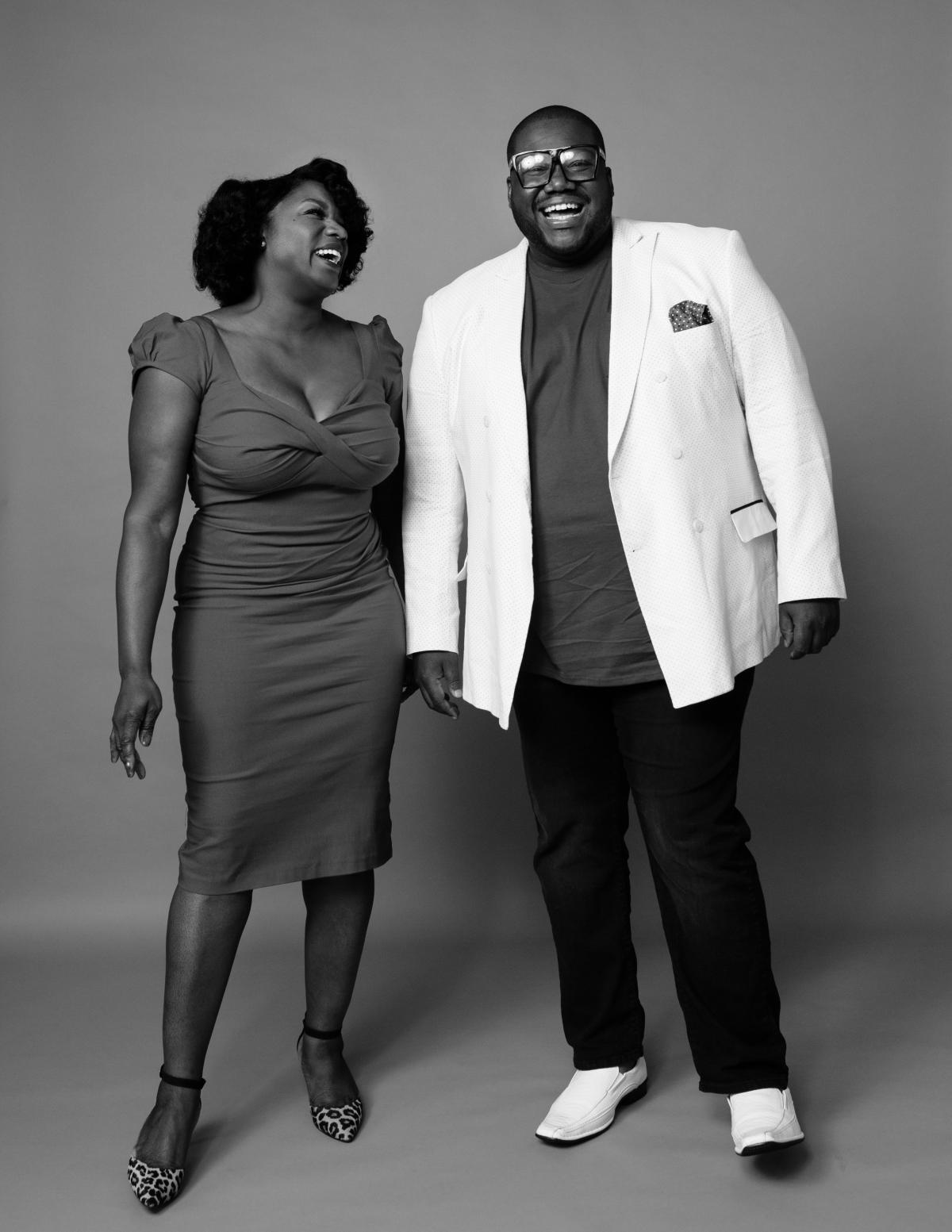 As The War and Treaty, Michael and Tanya Trotter serve up healing and pain robbing with freewheeling joy on their new full-length album, Healing Tide. Funky bass lines, keys, lap steel, acoustic strings, and stripped-down percussion create a swampy Southern soul bed for the couple’s transcendent vocals. A tour-de-force produced by Buddy Miller, the collection swaggers with confidence only gained by artists who are wholly, proudly, themselves.

Michael is a wounded warrior who found his voice while serving in Iraq, when he was pulled from the frontlines to write songs for the fallen. Tanya is a lifelong artist, drawn to singing’s power to take another’s pain away. “You have to have a deep place of love within yourself to be vulnerable,” Tanya says. “With The War and Treaty, we allow people to see two people that are not perfect. We get on stage. We sweat. We’re overweight. We yell. We get ugly, we scream! My hair comes loose. We’re vulnerable––naked––in front of people, and it’s a chain reaction. It allows them to be vulnerable, too.”

The War and Treaty’s music and stories bring tears and goosebumps, but ultimately, more is at work. “I want people to feel like we care,” Michael says. “When you think about artists, you don’t think about that.” He pauses and grins broadly. “But that’s the way I want the world to feel about The War and Treaty.”

To borrow a phrase from heaven's new poet laureate, Leonard Cohen, Nicole Atkins was "born with the gift of a golden voice." But somewhere along the way she misplaced it. Goodnight Rhonda Lee is the story of Nicole finding her voice, and how, in doing so, she went a little crazy.

Great Art is born of struggle and Nicole was struggling. The problem was that she felt nothing. Her fans responded to her performances with the same fervor they always had, but Nicole felt nothing. Her new husband loved her and doted on her, but she felt nothing. She traced it back to her drinking and decided to try to learn to live without booze. But that first day of sobriety brought with it an unexpected additional test -- Nicole's dad was diagnosed with lung cancer. This Jersey girl, whose big voice was tethered to a big heart, and whose reaction to the mundane setbacks of everyday life had always been equally overblown, suddenly faced a real problem. "It toughened me up," she says.

And the songs started to come. Little bursts of therapeutic creativity. Thorny feelings transubstantiated into melodies. Beginning with "Listen Up," a wake-up call to a lucky girl who hadn't realized how lucky she'd been, Nicole started to find her redemption in these songs. They rang true in a way no songs ever had before. They came from a deep, vulnerable place. If Nicole had been living an unexamined life, she wasn't anymore.

She needed her newfound toughness though, as in the midst of all this turmoil, she prepared to move from her native Asbury Park to Nashville. Having spent more than a decade as the de facto queen of Asbury, Nicole was finally leaving the warm, but often stifling confines of her hometown. During one of her final nights before the exodus, a song came to her in a dream. “I Love Living Here Even When I Don’t” summed up the complicated feelings she experienced as she said goodbye to the only real home she'd ever known.

In Nashville, Nicole's once hectic life was very different. Left home alone as her tour manager husband plied his trade out on the road, Nicole found herself writing songs that examined "feelings of separation and being scared of new surroundings." In particular, the songs "Sleepwalking" and "Darkness Falls" echo like ghosts through an empty house.

Unsurprisingly, her sobriety faltered. She drifted in and out of it. Nicole knew the wagon was good for her, but she had a hard time staying focused on what was good for her. As it went on however, the clarity of those sober days started to shine through. And she was able to string them together in longer stretches. For the first time, she was able to offer a shoulder for others to lean on, rather than always being the one in need of a shoulder. It helped that she had to be strong for herself in order to be strong for her dad. Much of what she was feeling was painful, but it beat the hell out of feeling nothing.

She reconnected with her old friend Chris Isaak who encouraged her, in the midst of all the soul-searching and soul-baring, to write songs that emphasized the one trait that most sets her apart from the mere mortals of the industry, telling her, “Atkins, you have a very special thing in your voice that a lot of people can’t or don’t do. You need to stop shying away from that thing and let people hear it.” To that end, the two of them collaborated on Goodnight Rhonda Lee's standout track, the instant classic, "A Little Crazy.”

Great Art is a journey -- and Nicole Atkins traveled quite a distance to bring us Goodnight Rhonda Lee. As Nicole explains it, "This record came to me at a time of deep transition. Some days were good, some not so good. What I did gain, though, from starting to make some changes and going inward, and putting it out on the table, was a joy in what I do again. Joy in the process and a newfound confidence that I don’t think I've ever had until now. The album title, Goodnight Rhonda Lee, also came from those feelings. Rhonda Lee was kind of my alias for bad behavior, and it was time to put that persona to bed."

The direction in which these songs were headed was obvious. Nicole's voice had always recalled a classic vinyl collection. She is the heir to the legacy of "Roy Orbison, Lee Hazelwood, Sinatra, Aretha, Carole King, Candi Staton." She is untethered to decade or movement or the whim of the hipster elite.

In order to capture the timelessness she sought, Nicole enlisted a modern day Wrecking Crew: Niles City Sound in Fort Worth, TX, who had just risen to national acclaim as Leon Bridges' secret weapon. "We spoke the same language. We wanted to make something classic, something that had an atmosphere and a mood of romance and triumph and strength and soul." The album was recorded in five days, live to tape. The album that Nicole and the boys came up with in those five days, Goodnight Rhonda Lee, is nothing less than Great Art and a quantum leap forward for Nicole Atkins who, no matter how much she grows up, will always be a little crazy.