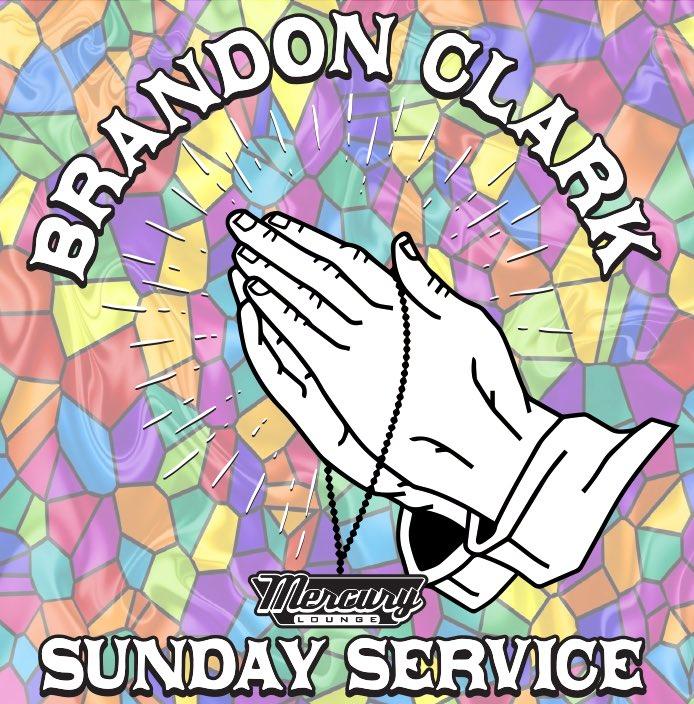 Part of the reason that audiences relate to Brandon Clark and his songs so well is because of the honesty that rings through in each of them. Clark is just as hard working and focused as the characters he sings about, having built his audience and success by playing night after night in bars all over Oklahoma, as well as touring the region, taking his music into Texas, Kansas, Nebraska, and Arkansas.
That commitment to touring and taking his music to his fans saw Clark play over 300 shows per year (both solo and with his band) for three consecutive years. Although he has cut back on live appearances the past couple of years, that more relaxed schedule still sees him performing over 250 times per year.

Sunday Service with Brandon Clark is entering its 15th year, 4PM-7PM. Full band rock and roll show the 1st Sunday of the month.