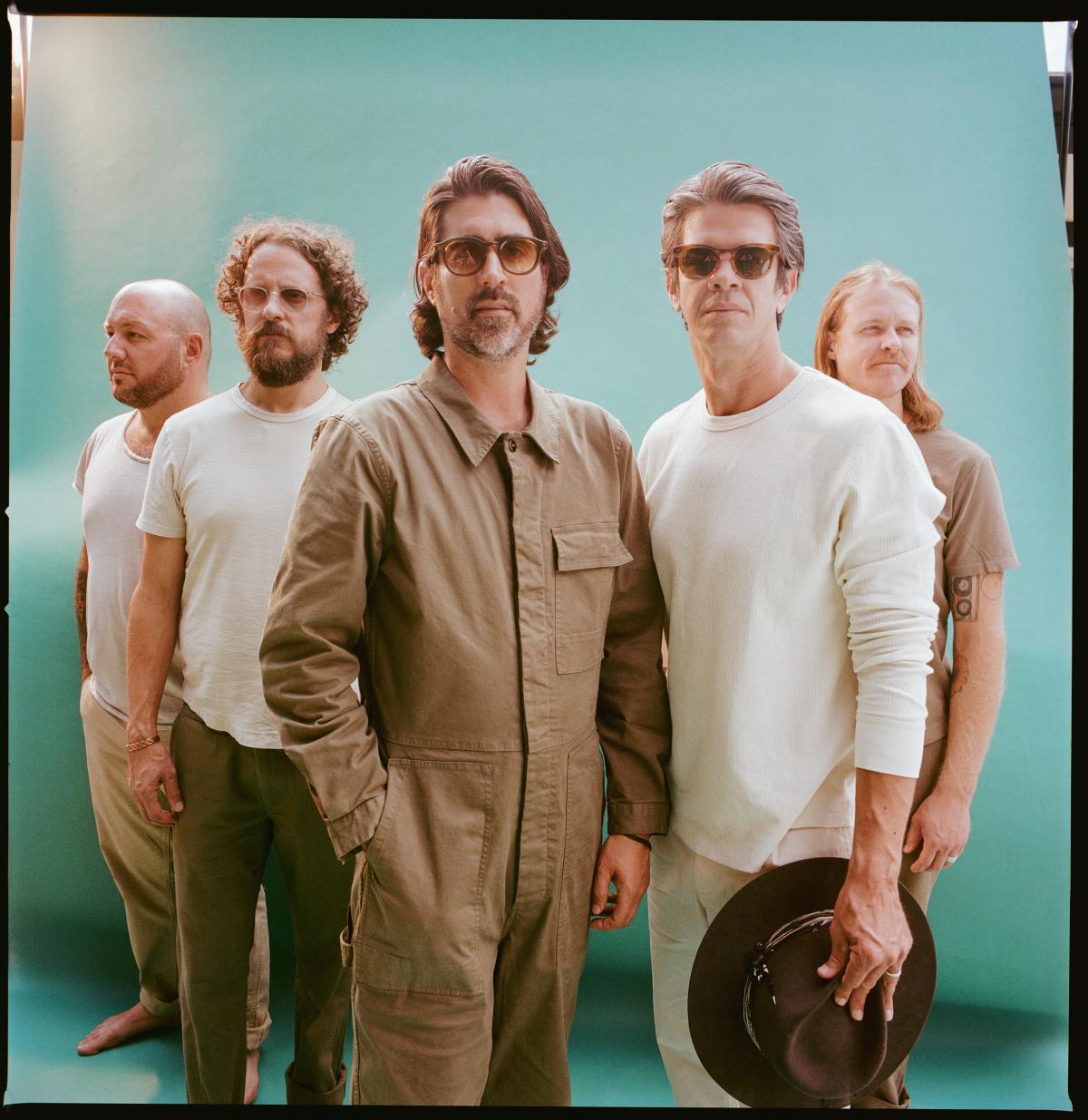 The Band of Heathens

With their eighth studio album, Simple Things, The Band of Heathens came home—geographically, as they returned to their longtime base of Austin for the recording; sonically, in an embrace of the rootsy, guitar-based rock with which they made their name; and thematically, with lyrics that speak to appreciating friends and family and our limited time on this planet. It’s a confident, assured statement of a group finding its place in the world amid uncertain and troubled times.

“It was a return to embracing our influences, our natural instincts, the way we sound when we get on stage,” says guitarist-vocalist Gordy Quist. “Many times in the past, we'd take a song and stretch to make it into something else sonically, because that's exciting and fun to do in the studio. This time around, we tried to use some restraint and embraced our first instincts, trusting the songs were strong enough. With the subject matter, there’s a sentiment of focusing on what's important as we go through this journey together—don't waste time, because this is all we've got.”

“Gordy and I each have a natural sound when we sing, but there's something even more special and unique when our voices blend together” says guitarist-vocalist Ed Jurdi. “So it was just about harnessing and embracing that. Good, mid-tempo rock and roll—that's our breadbasket, and there's not a lot of that music being made right now.”

Though the members of The Band of Heathens now live scattered across the country, coming back to Austin (where they first formed in the early 2000s when Quist and Jurdi were among four songwriters playing regular weekly sets at the late, lamented club Momo's) was crucial to the making of Simple Things. “The city has grown and undergone many changes over the years, but the intangibles that make Austin a unique place are still alive and well,” says Jurdi. “I feel like the band wouldn't have come together anywhere else. As Austin has evolved, the band has evolved too, and now coming back feels like a very full circle moment.”

They worked in a studio called the Finishing School, which was founded by the band’s close friend and sometime producer George Reiff; Quist took over the studio after Reiff passed away in 2017, and upgraded with gear including three of Freddie Mercury's actual vocal mics, which have previously been used on recordings by David Bowie, the Rolling Stones, and AC/DC. “It’s our own communal space and we’re very comfortable there,” says Quist.

In some ways, the new album is a logical extension of Remote Transmissions, the livestream series that Band of Heathens started soon after the pandemic shut down the world in 2020 (and which was documented in last year’s Remote Transmissions, Vol. 1 album). Unable to tour, the group convened every week for a year, playing covers of songs new and old, responding to a disorienting time by reconnecting with music they love.

“These were all the songs we grew up on and learned how to play in garage bands,” says Jurdi. “It was good to get back in touch with that, as a survival mechanism and as a creative outlet.”

As opportunities started to open back up, they extended the experiment with the “Good Times Supper Club” on Patreon, offering fans the chance to watch the band work and to participate in the creative process. “Rather than get together once a year for two weeks and make a record, now we're getting together almost every month, for three or four days or a week, and trying out some new songs,” says Quist. “The frequency of having to do that really dovetailed well into the workflow of making this record—taking little bites and small chunks of stuff, and then taking some time to listen and then go home and write. As we started putting some of this new material together, it started snowballing in terms of, ‘Oh, there's a good direction here. I got an idea for something that could work with this batch of songs.’”

After almost twenty years on the road, the domestic solitude of lockdown led to new sources of inspiration for the musicians. “Being at home and going out in the backyard to play with my daughter,” says Jurdi, “taking a walk and talking my neighbors, things that normally are incredibly mundane—but they weren’t mundane, because that hadn't been our mundane life.”

The title track of Simple Things took a while to cohere but started in the early days of the pandemic. “I just remember the world feeling like it was exploding,” says Jurdi, “I was talking to Gordy a lot—What the fuck are we going to do? How are we going to keep the band together?’ On a deeper level, my daughter is going to school on the computer at home and isn't out in the world, spending time with her friends. So the song is about figuring out what's important, what we need to be thankful for, and how we address this adversity without it being overwhelming and overcoming us. How can we harness the beauty in that and appreciate the moments and be present in them, without being swallowed whole by what's going on around us in the world?”

Quist ponders coming home in a different way on “Long Lost Son,” which he co-wrote with his friend Jeff Whitehead. It’s the experience of leaving home, seeing the world, and that feeling you get when you come back,” he says. “It's that special spot in your heart where the place you've been running from retains a new kind of charm and you realize how fortunate you are to have grown up there."

Jurdi recalls that “Don't Let the Darkness” began with a couple of simple but profound observations—a friend remaking one night that “If you weren't here, we wouldn't all be together,” and then bass player Jesse Wilson talking about being “a lot closer to a little further away.”

“I started thinking that there's a lot of sadness in the world,” says Jurdi. “That song is like a pep talk for my friends and myself. Like, ‘Hey, there's a lot of stuff coming at you, but how do we keep these forces the forces of darkness out?’ It’s sort of a mantra, to figure out how to get closer to being in the spot you want to be and keep the bad shit further away.”

From day one, The Band of Heathens have remained proudly, fiercely independent—turning down label offers, maintaining complete ownership of their catalog, building their audience one show at a time. ‘There's a survivor's spirit within this band that we've had from the first record,” says Quist. “I see a lot of artists out there screaming, ‘Hey, we're outlaws, we're independent!’ and they're signed to a subsidiary of a major label and live completely within that model. Now we don't necessarily go around waving that outlaw flag in everybody's face, but I truly feel we've been the ultimate indie band for 17 years. We've always been living outside the lines, industry-wise, and that spirit helped us during this time when it was all taken away from us.”

With Simple Things, they extend this achievement—creatively, personally, and practically—in the face of a challenging and turbulent landscape in music and beyond. “We’ve been able to grow with each record,” says Jurdi, “all the while doing exactly what we wanted to do—which, believe me, has not always been the best thing for our career or commercial success. There's never been anyone there to tell us, ‘Guys, don’t do this, you're fucking up completely.’ That was the whole thing to us, the idea of being in a rock and roll band is freedom, right? We grew up with icons and heroes that not only represented music, but a lifestyle, an attitude, and a way of doing things.  Those ideas molded us in our youth and we've carried them with us ever since."

“We've realized,” says Quist, “it's us, it’s our families, and it's our fans, and that's really all that matters.”