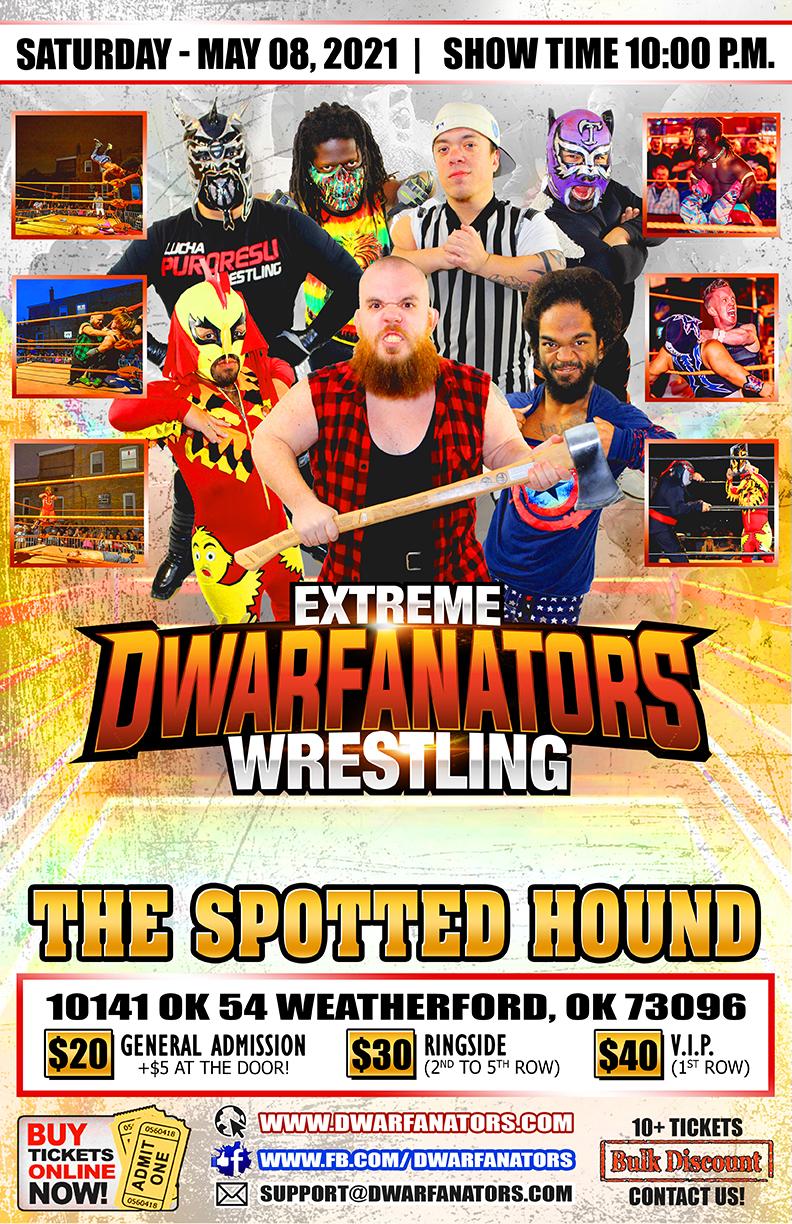 Center Stage Entertainment brings to you the Extreme Dwarfanators wrestling. The Dwarfanators is a wrestling group that has been entertaining for over ten years, selling out shows in event centers, arenas, casinos and night clubs.

Action packed where size never matters, these 4 foot mini, head cracking, body slamming legendary pro wrestlers give you a two hour show that you will never forget.  You might have seen some of our guys in special appearances in films such as Oz the Great and Powerful, Jackass 3D, cat Run 2, and some of your favorite TV shows like American Horror Story and spike TV, a long with radio interviews with Howard Stern and Shade 45. Mini rock stars battling it out with trash cans, metal sheets, pool sticks, sneak attacks and any weapons of destruction. Back flips off the top ropes in a 12x12 ring competing in an ultimate smack down to reveal who is talented enough to win the Championship Belt. All leading down to the final hour which brings on the Royal Rumble! Six to eight wrestlers head to head sweat and blood, no fears! Entertainment that will have you cheering on your toes the entire time!

Enjoy the baddest show on earth, intense entertainment is what you want and you will not be disappointed with the Extreme Dwarfanators wrestling. The hottest most ruthless world wide show you can witness. The Dwarfanators would love for the fans to be up close to witness the mayhem and carnage right in the combat zone. Laughs that will bring you tears. Size doesn't matter. you haven't seen anything yet!

Event by
The Spotted Hound Saloon
Calendar
Age Limit
21 & up