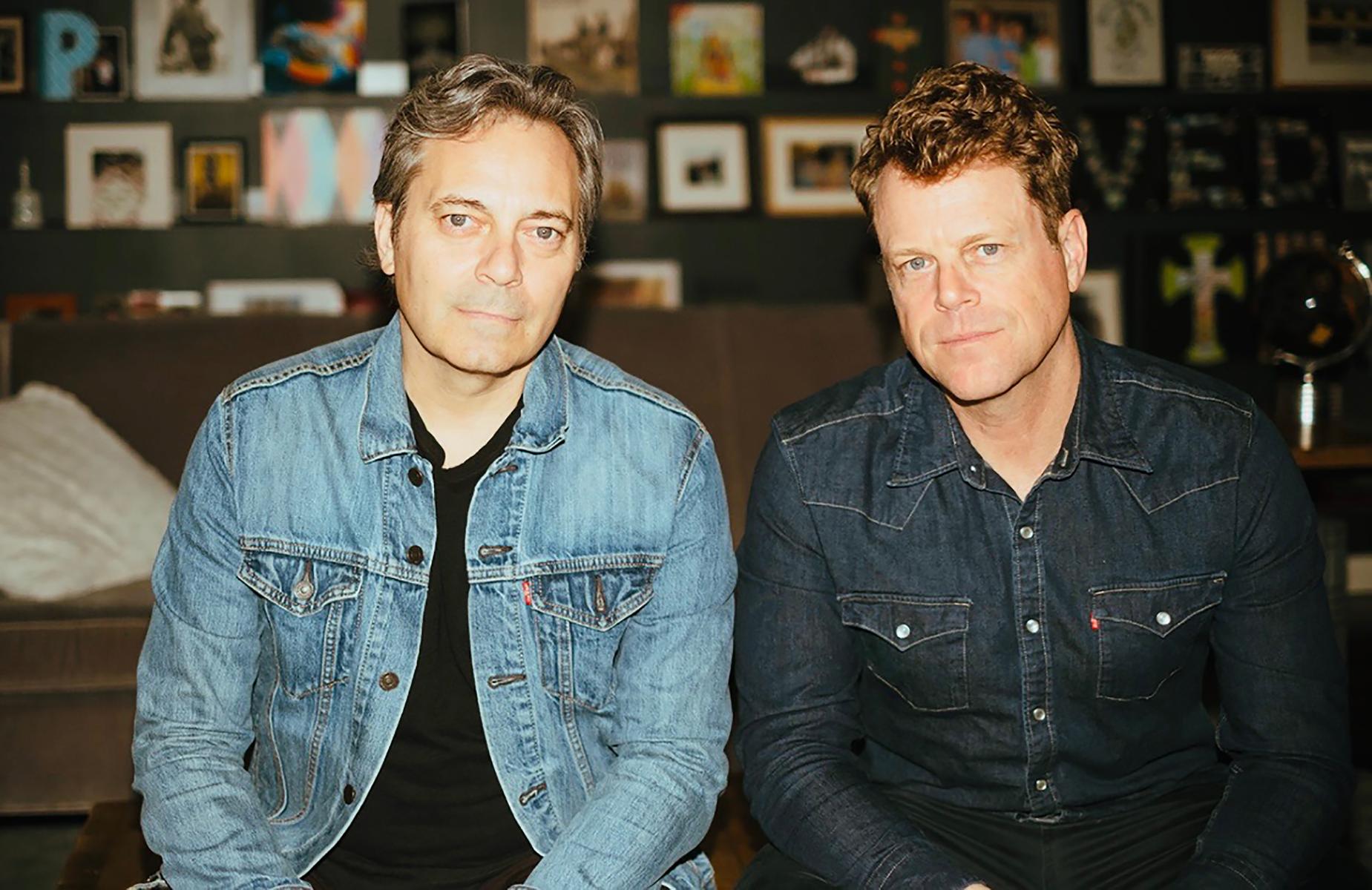 A river runs through this swath of ranch land, snaking in serpentine contours through willows and winters, destined for the nearby fertile plain to the south. Just before she empties into the basin, she joins another moving band of water, on her own journey from headwaters in the same mountain range.

Their power and beauty is greater at the conﬂuence.

I walk that river now, alone, almost there, lost in song.

I walk with ghosts, too, along this riverbank. Divorces, struggles with sobriety, crises of faith and conﬁdence... we all walk with them, though we may call them by different names. And when we ﬁnd the courage to shake those ghosts’ hands, brushing their ﬁngers in mutual acknowledgment and respect, sometimes we can let them go.

And then, ﬁnally free, we can turn to the future, and run into the joyful arms of breezy melodies, joy, and hope.

Cary Pierce’s ‘Back Again’ is that joyous morning-after to Jack O’Neill’s ‘Cadillac Kings’ evening spent dancing with ghosts, the juxtaposition of dark and light reﬂected in their own deep pool journeys.

Jack and Cary started playing together at SMU in Dallas, TX, when music was shared via mix tape, not mp3. They’d spend the next 10 years recording albums and touring the world, sharing stages with the biggest names of the era.

Their inaugural decade ended in a short-lived sabbatical, with Jack heading to New York  to pursue acting and Cary embarking on a solo career. The duo reunited 5 years later,  shook the dust off, and launched another twenty-year run of successful albums and  tours, bookended by sold-out shows featuring an all-star backing band (Vertical Horizon, anyone?) and popular destination events.

Along the way, Jack and Cary’s personal journeys followed turns and drops unique to them, but familiar to us all. And now, as this river meets the next, both peace with the past and excitement for the forward-view is palpable.

And best heard through their songs.

But not because they’ve been making music together for over 30 years, or because of their half-million albums sold, or late-night talk show appearances, or inﬂuence on an entire genre of acoustic-driven rock.

Listen because these two theater-major undergrads, with headwaters in the same late-80s collegiate mountain range, have stumbled over their own stones and through their own canyons over the last three decades.

And now, they meet again, where their power and beauty is the greatest.