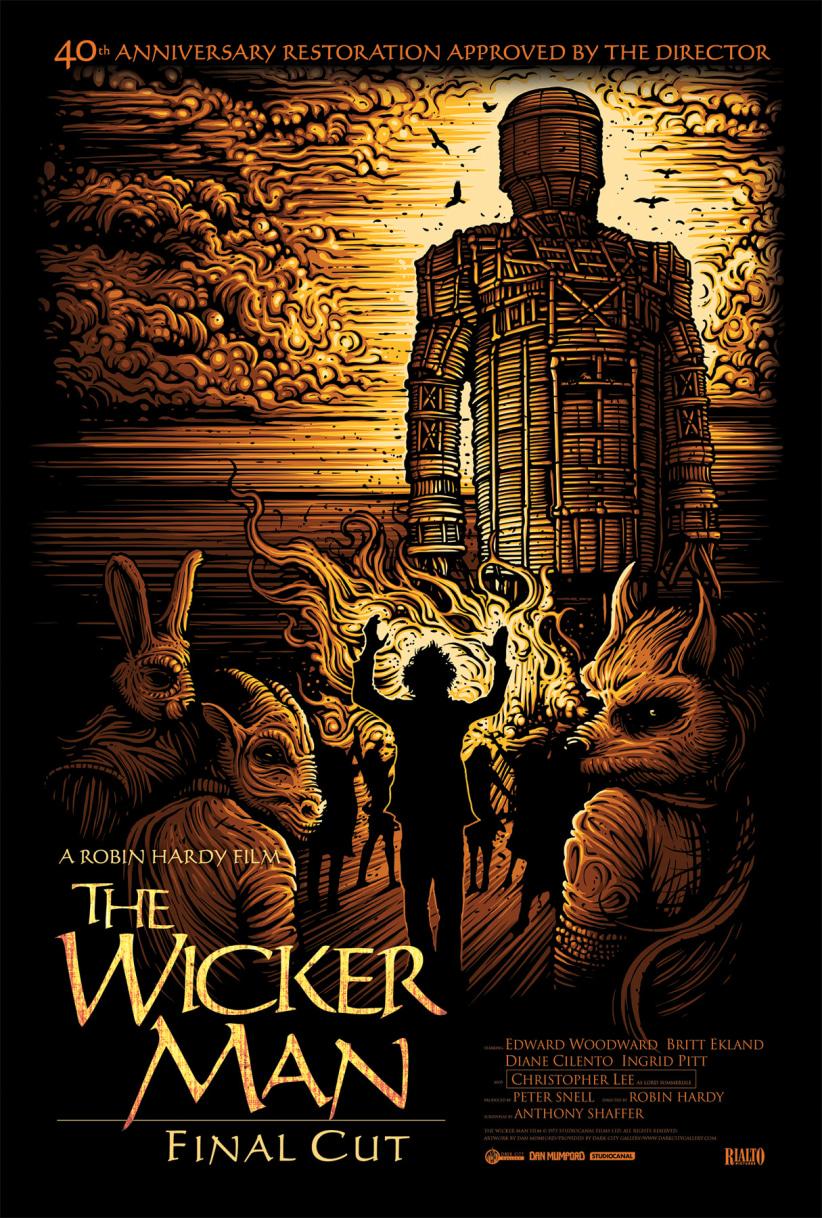 $20.00 Share
Buy Tickets
The Occult Revue presents The Wicker Man
+ Musical performances after the film by
Sybil Jay
Spirit Battery
& Video art accompaniment by Brian Tomerlin
On October 8th at the Texas Theatre, a brand new showcase will begin. One that celebrates the vast world of Folk Horror and Weird cinema.

COME JOIN US FOR THE OCCULT REVUE!

We will be showing films that bend our perceptions of reality. Films that challenge the way in which we think about life and death and everything in between.

For The Occult Revue's first showcase, we shall be screening the most essential of Folk Horror masterpieces, The Wicker Man: The Final Cut

It's Easter, 1973 on the Scottish island of Summerisle. A puritanical police sergeant arrives to investigate the disappearance of a local girl. The islanders claim that she never existed. In his search for the missing girl he comes across a way of life that challenges, disturbs, and alters his life irreversibly, forever!

After the film will be musical performances by Sybil Jay and Spirit Battery, with accompanying live video art provided by Brian Tomerlin.
Event by
The Texas Theatre
Calendar
Website