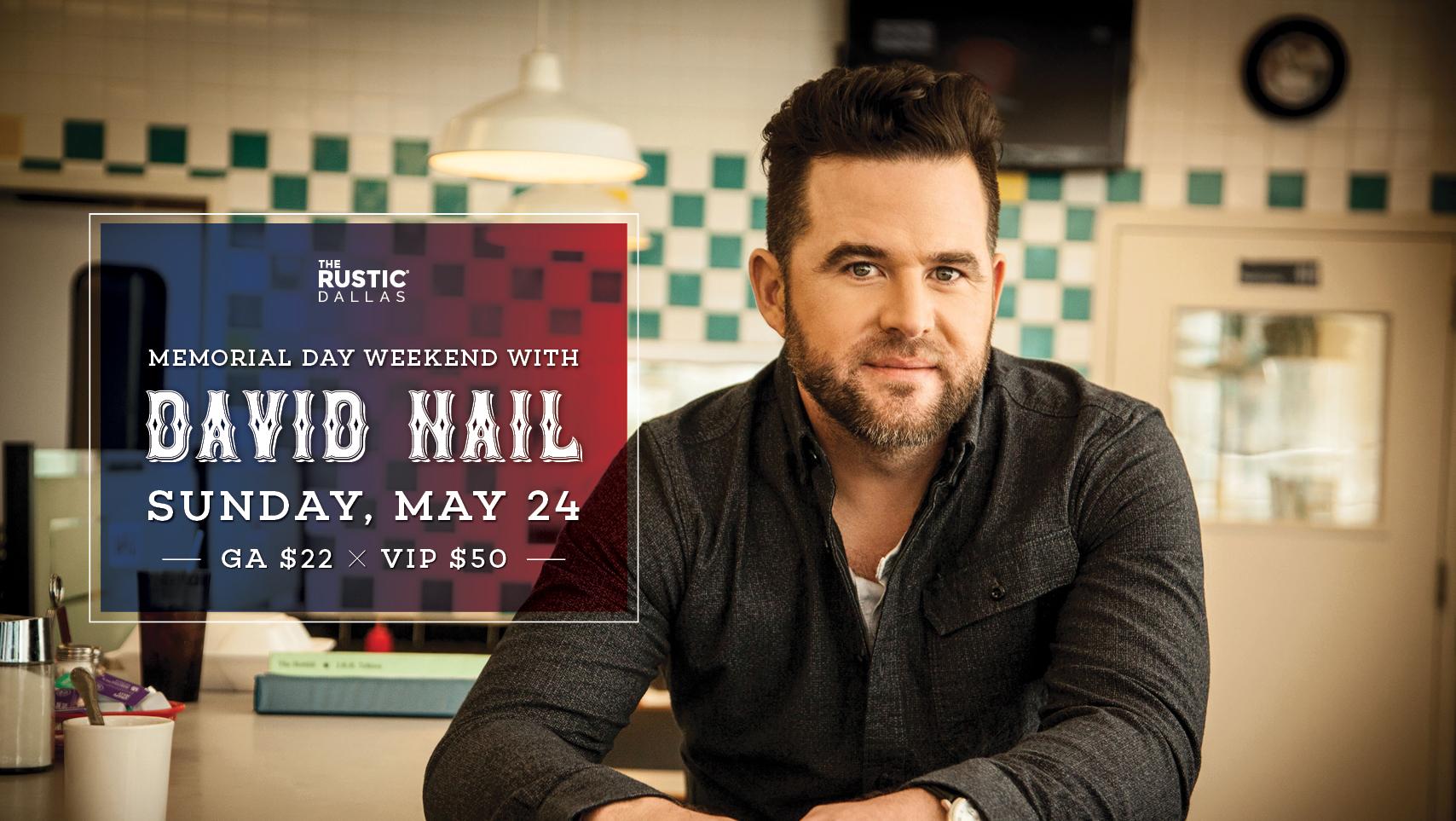 Join us for Memorial Day Weekend with David Nail at The Rustic Dallas!

About David Nail:
Hailing from Kennett, Missouri, David Nail is well-respected up and down Music Row. Some might even call him a “tour de force” as his songs pull no punches in evoking the demons with which he has wrestled through much of his life. His early releases, I’m About To Come Alive, The Sound Of A Million Dreams, I’m A Fire and Fighter, ignited his reputation as an innovator and creative risk-taker yet left Nail feeling restless. This led to the departure of the the only record company home he’d ever known, MCA Nashville, where he’d formed friendships that endure even now. Through dealing with his own bout of mental illness and the feeling of needing to “rebel against what people expect you to be,” Nail began making his most “organic” work to date, David Nail & The Well Ravens, with Jason Hall and Andrew Petroff. That project liberated Nail and propelled him into his next adventure. Writing solo for the next few months led to his current EP Oh, Mother, a reflective piece of work. Of the title track, Rolling Stone noted that “the song creeps in like a sunrise — quiet, restrained cello and keys are the only underpinning for Nail’s powerful vocals at first. But then it slowly builds to something more massive and majestic.” Nail plans on releasing more music throughout 2020, leaving behind any self-imposed restrictions. In Nail’s own words, “My philosophy has always been, I just hope to have a good enough year that I can have a next year while staying as true to myself as I possibly can.” Find more at www.davidnail.com.

TIPS for the show:
-- ARRIVE EARLY: This event is majority standing room throughout the facility.
-- BRING CASH: we do accept credit cards at our main bars, but some pop up bars & beer tubs in Pat's Backyard are cash only.
-- RAIN OR SHINE
-- TICKETING QUESTIONS? Contact PreKindle Online Ticketing at www.prekindle.com.
-- PARKING: There is limited parking at The Rustic.
-- RIDE SHARING is strongly suggested