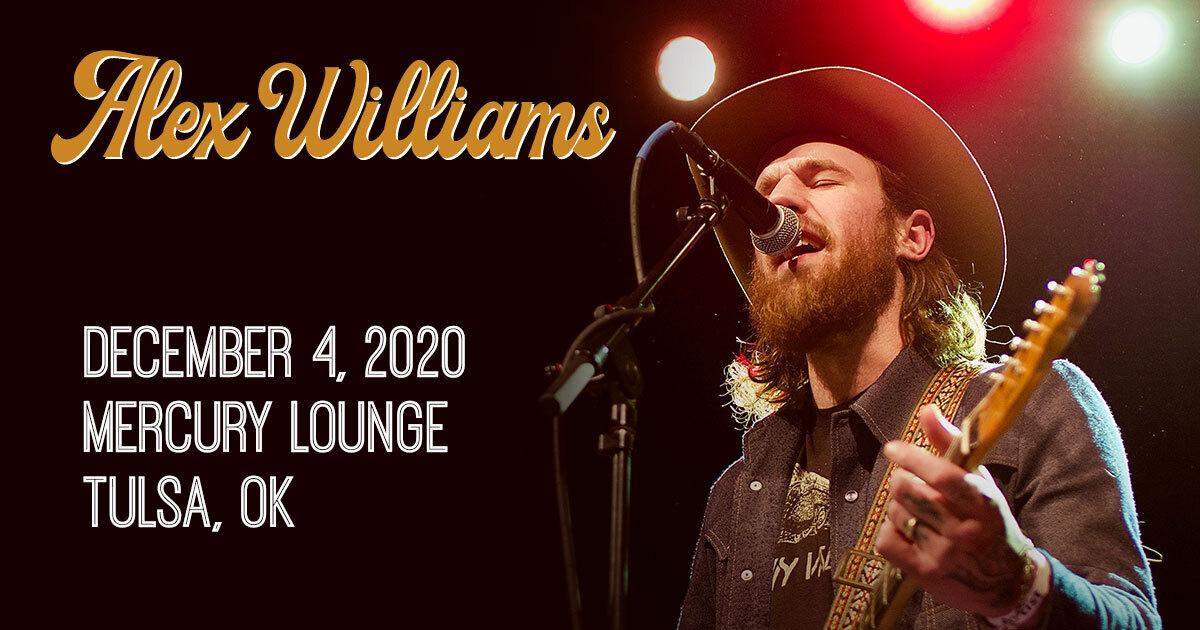 $20.00 to $75.00 Share
Buy Tickets
Alex Williams is a part of a neo-traditionalist country music that surfaced in the wake of Jamey Johnson's success in the early 2010s. Like Chris Stapleton and Sturgill Simpson, Williams uses the outlaw country of the '70s as a primary text, finding his own voice within the music of Nashville renegades like Waylon Jennings and Texas mavericks like Jerry Jeff Walker -- a skill that's apparent on his 2017 debut Better Than Myself.

A native of Pendleton, Indiana, Williams grew up listening to '80s metal, eventually gravitating toward classic country when he was in his late teens. He enrolled in Nashville's Belmont University after graduating from high school, but he soon dropped out of college and began gigging in the Music City, sometimes drifting back to his home state of Indiana, sometimes getting down to Texas. Williams wound up leading his own band and their constant gigging brought them to the attention of Julian Raymond, a producer who also worked A&R at Big Machine Records. He signed Williams separately from the band, taking him into the studio with a star-studded backing band that included J.T. Corenflos, Matt Rollings, and Victor Indrizzo to record his debut album. The resulting Better Than Myself was released in August 2017.

dumpster after a hurricane came through Galveston," remembers Williams. "One day I was in the bar restringing my guitar and he knocked on the door and gave it to me. It was really inspiring getting to know him, and a lot of things he said to me made it into that song."Perhaps the most personal track on the record, though, is "Old Tattoo," a stirring ode to Williams' grandfather and the strength of his mother and grandmother in the face of his passing. "Time don't heal / It's just fadin' like the floors of an old saloon," he sings. "You can hide the pain away / Even if it's carved right into you / Like an old tattoo."It's an arresting moment, and an apt metaphor for a songwriter with the ability to lodge his melodies and lyrics deep beneath your skin. Forget fame and fortune, hits and hype. As far as Williams is concerned, the legacy you leave behind with the ones you care about most is the true measure of any man. With that in mind, and with a debut album as good as 'Better Than Myself' under his belt, it's clear that Alex Williams is here to do more than just survive.