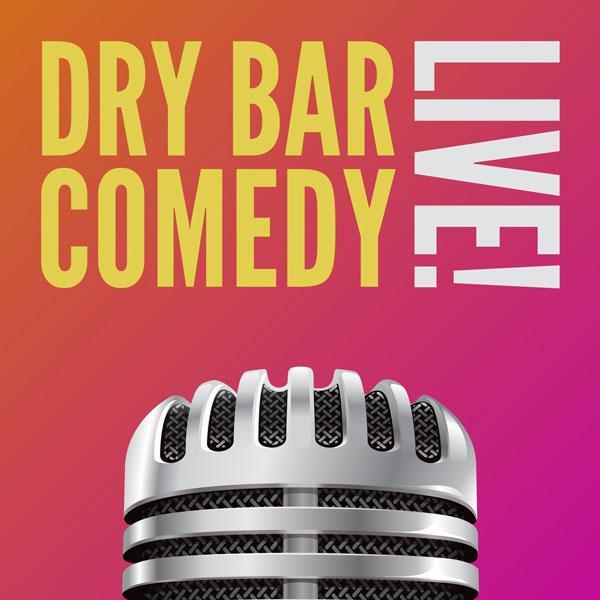 $25.00 Share
Reserve
The Dry Bar Comedy Tour is coming to beautiful Fort Worth, TX on 9/8 at Hyena's Comedy Club.
"The wildly popular online series of specials that offer clean ""Comedy for Everyone"" is expanding to live shows featuring comedians who've become Dry Bar fan favorites.
Since its launch , Dry Bar comedy specials have generated over ONE BILLION views on social media and generated millions of fans.
Dry Bar will maintain its whirlwind momentum by producing live shows across the U.S. These same professional comedians have also performed on many late night shows including The Tonight Show, Jimmy Kimmel, Netflix Comedy, TBS’s Conan, Comedy Central, and more. Tickets are expected to be in high demand as fans will now be able to watch LIVE, in-person comedians who they've come to know and love.
Comedians appearing include:
Alex Velluto, Steve Soelberg, and more!
About Alex Velluto:
Alex Velluto is a comedian on the rise. His two Dry Bar Comedy Specials, “Spurious” and “Thirsty” has gained him millions of views and thousands of fans across the country. Dry Bar Comedy also featured Alex on the nationwide Dry Bar Comedy Tour where he toured over 60 cities and top comedy clubs around the country.
About Steve Soelberg:
Steve Soelberg is a stand-up comedian who grew up in Seattle, WA. His first comedy special, 'We Say Bim', is streaming on Dry Bar Comedy, Amazon, Sirius XM, and Spotify. His clips on Facebook and Youtube have garnered millions of views. From fall 2018 to early 2020 Steve traveled to over 60 cities telling jokes, then he did a bunch of zoom shows for the love of comedy with a muted audience!
Event by
Hyenas Fort Worth
Calendar
Website
Facebook
Instagram