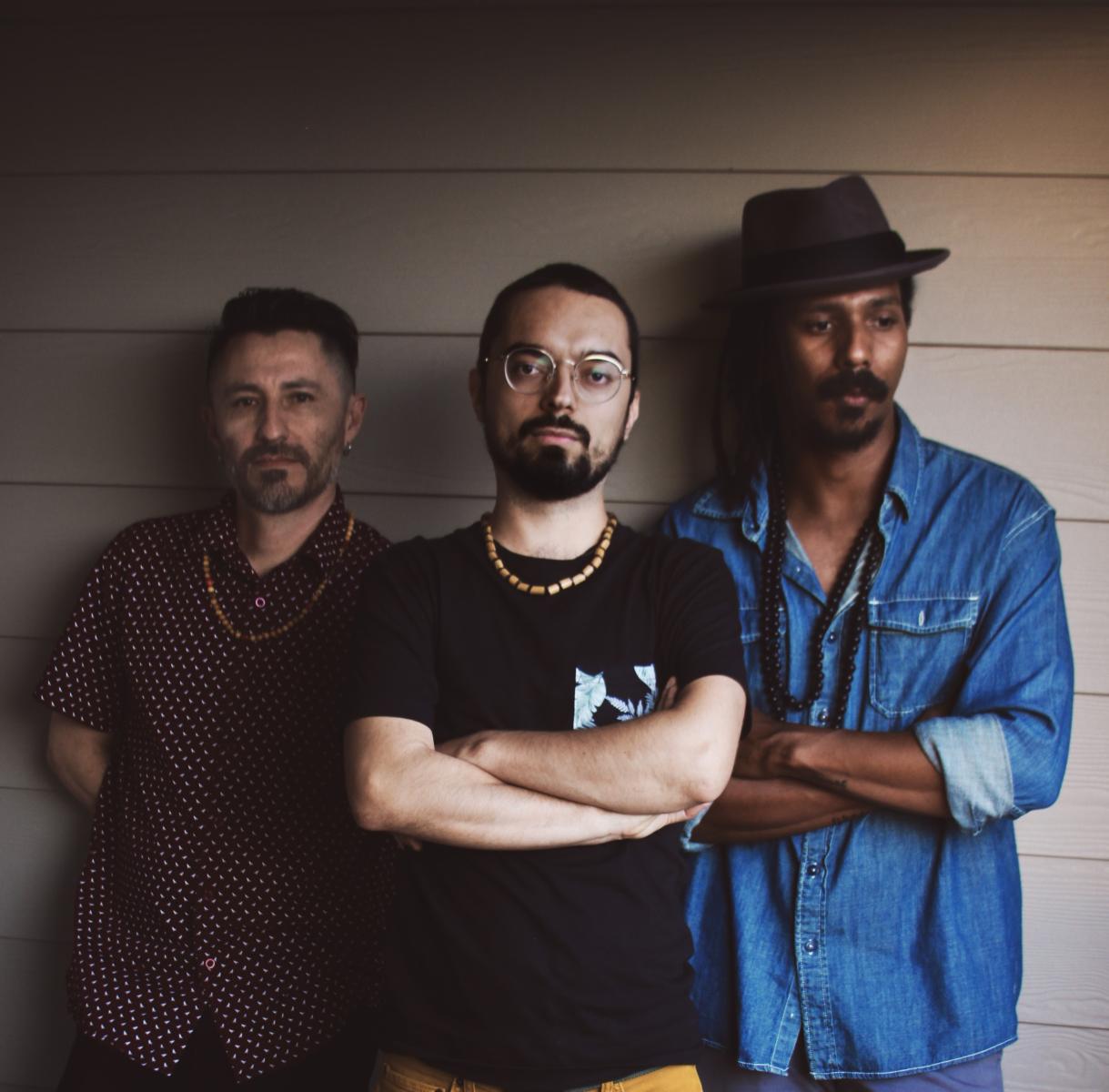 “Hycha Wy” in the Muisca language, means  “I am” in past or present tense depending on the context. This is the name of Nemegata’s debut LP, recorded by Beto Martinez (Prince / Brownout / Grupo Fantasma), and by longtime collaborator and colleague Juan Alvarez "El Mono", out on Chicago’s indie label Sonorama Discos. The album puts into context a far-reaching exploration into the many channels of influence this band possesses. Synthesizing tradition with elements of South American and African psychedelia through imaginary landscapes inviting the listener into what is without a doubt a sonic trip towards resignified roots and ancestry.

To cope with being an immigrant preteen growing up in the late 90’s USA, Victor-Andres Cruz "El Guámbito" obsessed over Colombian traditional music and instruments as a defense mechanism. He found refuge and a profound sense of identity rooted in these sounds. Raised as an amalgamation between the Colombian Andean countryside, Florida, New England, and New York City, Victor created a voice and a place where all worlds converge.

In 2018 Casa del Indio Discos recorded and released Nemegata’s first 7” single using a 4-track cassette recorder. The tracks were produced in collaboration by "Niño Lento" and played on drums by "Dilemastronauta", two of the masterminds behind the emblematic Combo Chimbita.

Among Austin Chronicle’s top 10 new local acts of 2019 along with Black Pumas, and Austin’s top 100 albums of 2020, this band has risen from the inseparable strong bond between César Valencia "I Nova"(Bass), Fabian Rincón (Drums) and Victor. An essential combination that makes Nemegata a mystical power trio.