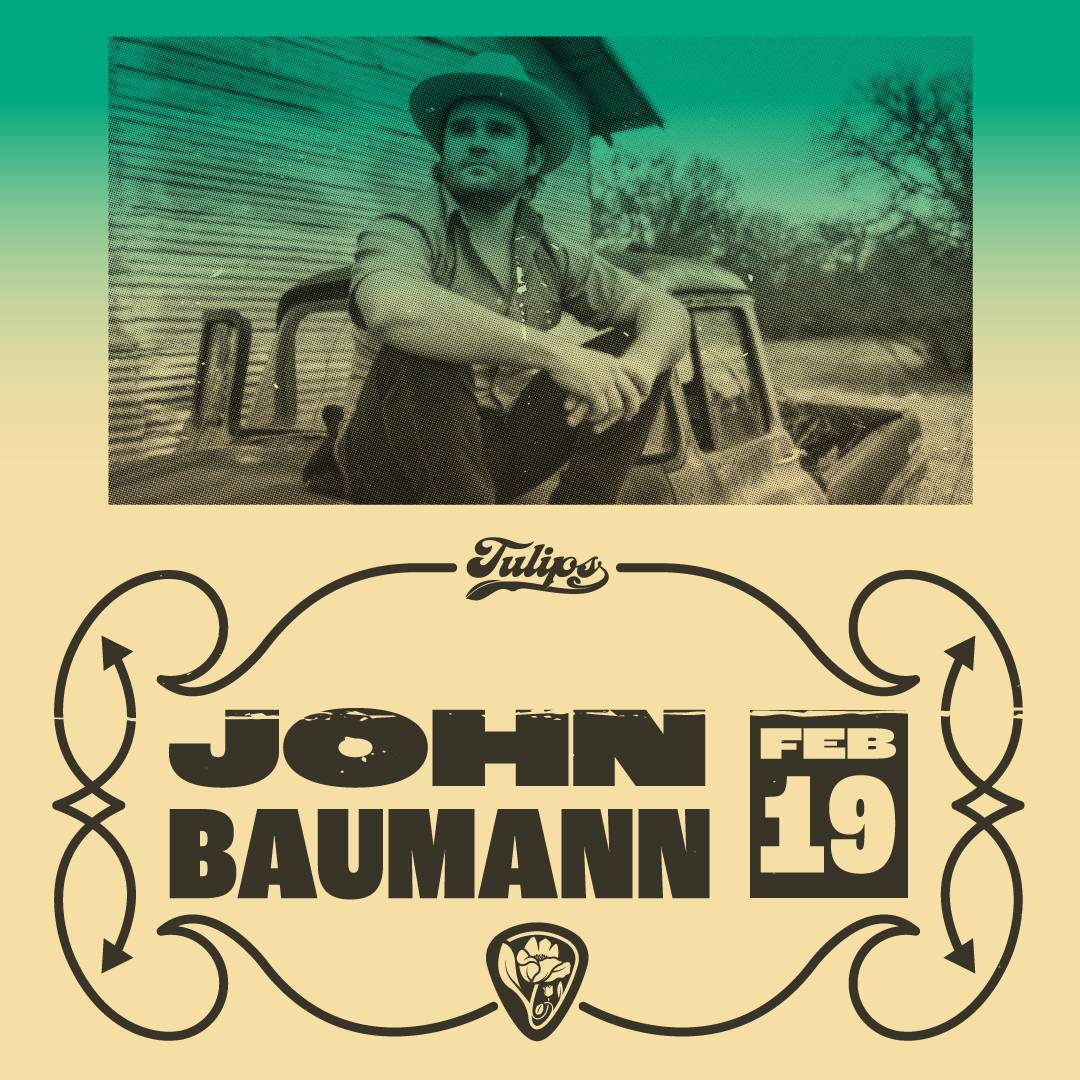 Tulips Fort Worth is excited to welcome John Baumann.

“I could use a shot of confidence to get a word in edgewise, I need to see that silver lining, in those dark and stormy skies, and pray I catch that feeling that I used to know back when, back when I never knew I’d ever need a second wind,” John Baumann sings on “Second Wind,” a deep cut from his forthcoming album, Country Shade. After having a conversation with the singer-songwriter, it’s evident that he tends to look at things with a glass-half-full mentality-complemented by a deeply-ingrained dose of ambition. He is curious how time passes in its unknowable and ever-interesting way, and he’s ready for what it’s bringing next for him.

“‘Second Wind’ is about digging deep and finding the next gear when you’ve lost interest or motivation,” John says about the track. “It’s about the times when I feel like nothing is moving forward, but ultimately really about anyone struggling to get up and get back on the horse.”

It’s a familiar sentiment to most anyone who’s felt like they’re teetering on the precipice of taking their next step, making their next leap out into the world. John has had a busy last few years – he’s a member of The Panhandlers, with fellow Texans Josh Abbott, William Clark Green and Cleto Cordero, and signed on with The Next Waltz, the Texas-based brainchild of legendary songwriter Bruce Robison, for management. He’s also continued to prove himself as a promising songwriter within his home state and beyond its borders, with Kenny Chesney recording “Gulf Moon” for 2018’s Songs for the Saints.