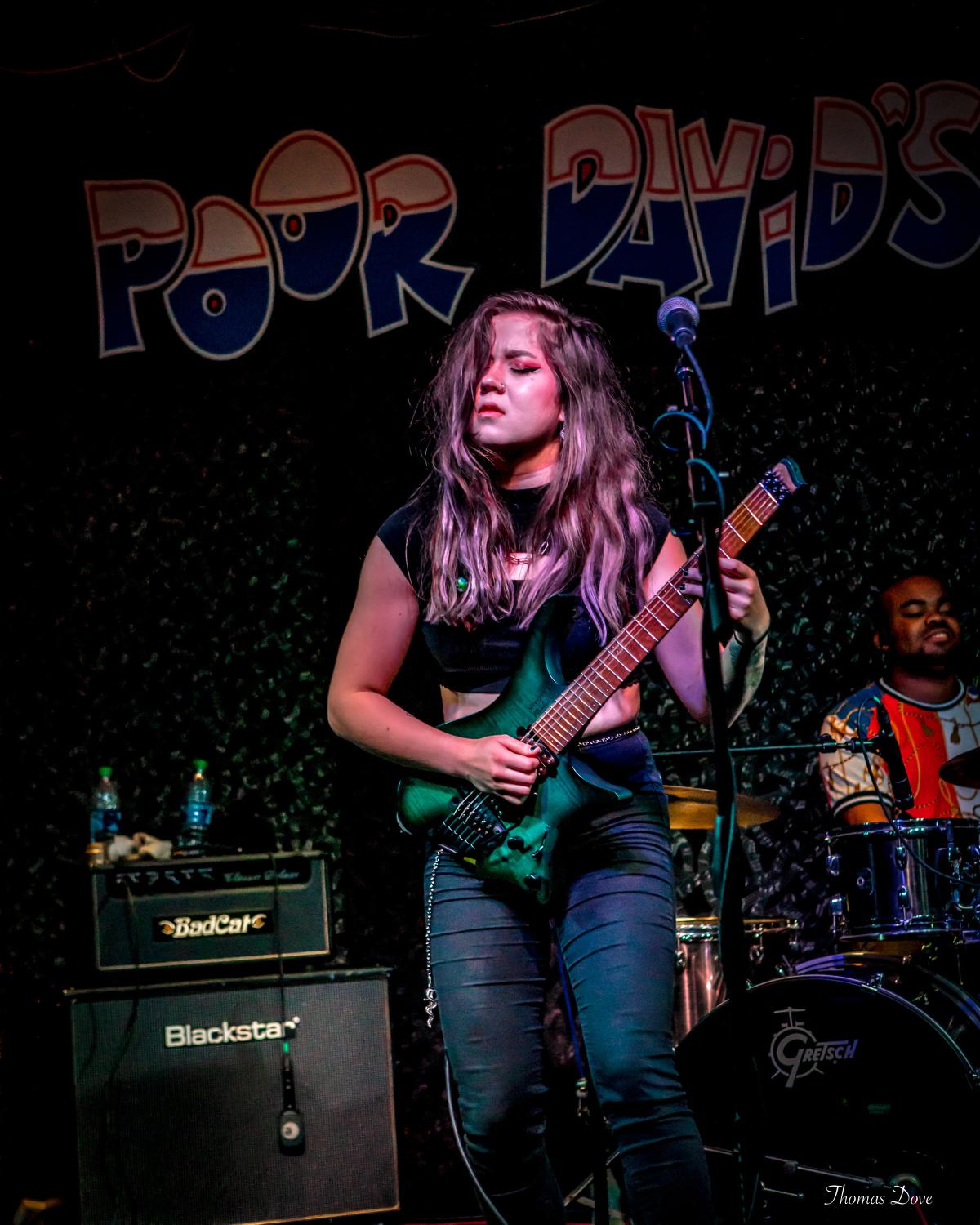 Erin Coburn is a force to be reckoned with. Since a young age, she has captivated her audiences with her prowess on guitar, powerful vocals, and unique blend of rock and blues, bringing it all into the 21st century.

Those that attend Erin’s live shows describe her as having a mesmerizing stage presence with her intricate arrangements and dynamic lyrics.  She commands her band with effortless confidence while giving the audience something unexpected, like shredding her electric ukulele during a hypnotizing solo.  It’s hard to pigeon-hole Erin’s style of music into one genre, which makes her music all the more compelling. It’s no wonder she’s seen her music placed on the Top 100 on the Americana Radio Charts.

With her latest single releases, ‘Flip’ (May 2021) and ‘The MiSFIT’ (July 2020) and latest album release ‘Out From Under’ (November 2019) this Ohio native captures her natural progression to a more mature sound with edgier lyrics, searing guitar solos, and a dash of humor.

Erin regularly performs across the U.S. at venues and festivals of all sizes.  She has performed with Grammy award winning artists in Nashville, was nominated for the 2017 Cincinnati Entertainment Awards in the Best Blues artist category, the 2018 Josie Awards for "Young Adult Artist of the Year" award for independent artists, and has played several shows and festivals, including Summerfest in Milwaukee, BlissFest in Michigan, and the main stage at the King Biscuit Blues Festival in Arkansas.