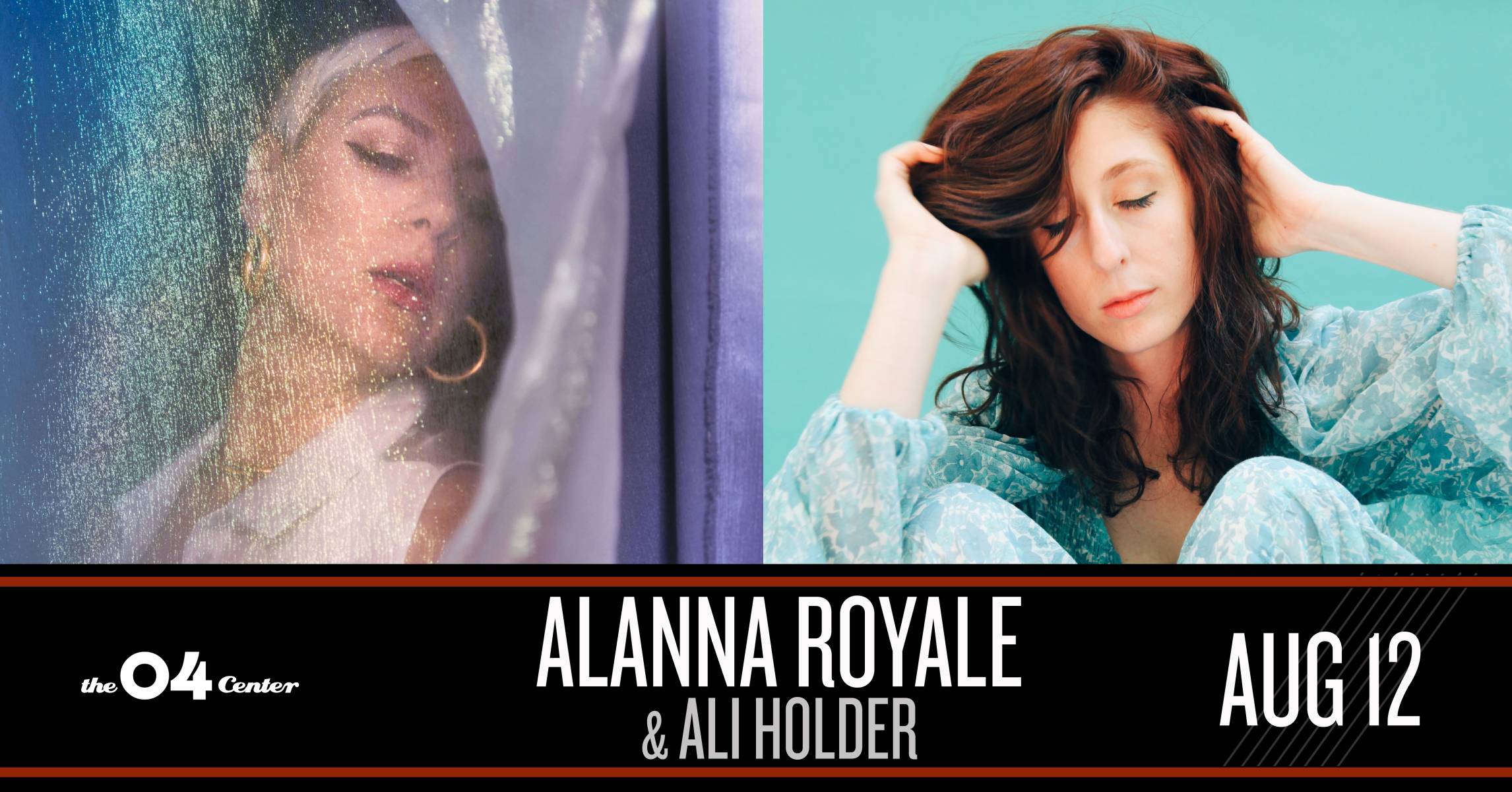 Alanna Royale makes classic-minded R&B and soul music for the modern age. It’s a sound rooted in big melodies, blasts of brass, percussive punch, and old-school grooves, with songs that shine a light not only on frontwoman Alanna Quinn-Broadus’ larger-than-life voice, but her songwriting chops, too.

The band formed in Nashville, where Alanna and guitarist Jared Colby relocated after cutting their teeth as working-class musicians in Boston. Once in Tennessee, they teamed up with bassist Gabriel Golden, forming a core lineup that often swells to as many as ten members — including backup vocalists and a two-piece horn section — in concert. Together, the band looked beyond Nashville’s country-filled past and, instead, took inspiration from Motown’s soul, Stax’s funky strut, and rock & roll’s rebellion. Tattooed, brash, and unapologetically unique, they stood out in a town dominated by Americana music, charting a unique course whose highlights have since included an appearance at Bonnaroo, a string of cross-country shows supporting acts like Lee Fields and St. Paul and the Broken Bones, and an audience that celebrates the band’s diversity.

On their fourth release, 2018’s So Bad You Can Taste It, Alanna matches the brassy spirit of the band’s previous records — including their full-length debut, ACHILLES — with rare vulnerability. There’s still plenty of soulful stomp here, from the upbeat sweep of the record’s lead single, “I Know,” to the funky fire of “Giving It All Away.” There’s also a more mature, sober look at the demands thrust upon independent artists — or anyone’s who’s willing to chase down an uncertain horizon, no matter how rough the journey may be. With songs that examine the midpoint between desperation and drive, So Bad You Can Taste It is the band’s most genuine work to date.

“There are mountains and valleys to any journey, and this record is about being in the valley,” explains Alanna Quinn-Broadus. “It’s about the low moments. It’s basically the opposite of someone’s Instagram feed, because it’s not a highlights reel. It’s just real.”

Low moments notwithstanding, So Bad You Can Taste It marks a creative high for Alanna Royale, whose members recorded the record’s six songs with producer Kelly Finnegan and engineer Mindy Watts across multiple studios. Joining them were guests like trombonist Nadav Nirenberg — known for his work alongside artists like Wyclef Jean, Breakdown Brass, and Wu Tang — as well as Kirk Donovan, Meggan Utech, and Alexis Saski. Working with this expanded crew, Alanna Royale carved out a song-based sound that targeted not only their audience’s dancing shoes, but their heads and hearts, too. Songs like the powerful, poignant ballad “I Used to Dream” were reworked multiple times, resulting in a record that’s nuanced, heartfelt, and unafraid to show off its own scars.

“The title, So Bad You Can Taste It, says it all,” Alanna explains. “This record is all about the idea of something that’s in front of you, and you can see it and feel it, but it’s just out of reach. That thing can be your sanity or your sobriety or your success. I sometimes think it’s harder to see the light at the end of the tunnel, rather than not seeing any light at all. Once you know the possibility of light is there, you have no option but to go after it. That can be really hard and really dangerous…which makes it really worthwhile to sing about.”
--

Although Ali Holder was raised on outlaw country in Wichita Falls, Texas, she is influenced by a broad swathe of styles including country, jazz, blues, folk and indie. “I use slashes a lot,” Holder notes. “Folk/country/blues/Americana/jazz. I don’t think I have to be any one thing.” She began writing, singing and playing guitar in junior high, and fell in love with songwriters early on- “Janis Joplin and the women of Lilith Fair had a big impact on me growing up”.

Over time, Holder discovered Texas songwriters such as Susan Gibson and Walt Wilkins, along with Wilco, Lucinda Williams, Ryan Adams and Tom Waits. In college, she absorbed Patty Griffin, Gillian Welch, Jenny Lewis and Neko Case. After completing her undergraduate degree in art education at the University of Texas at Arlington, Holder relocated to Austin in search of a larger audience. Once settled, Holder fronted two bands: the folk-leaning Ali Holder & the Broken Hearted, and R&B band Ali Holder & the Raindoggs.

In recent times, Holder has expanded her musical palate to include artists such as Brandi Carlile, Susan Tedeschi, Possessed by Paul James and Lera Lynn. These influences can occasionally be heard in the songs, but it’s her own sound — a sure voice that leans toward alto but effortlessly reaches far higher, coupled with well-targeted musical sensibilities and intelligent lyrics — that draws the listener in.

Whether her inspirations come from haunting historic sites, communing with cattle or reading Stephen King, Ali Holder clearly has creative blood coursing through her veins. Let her spill some into your ears.