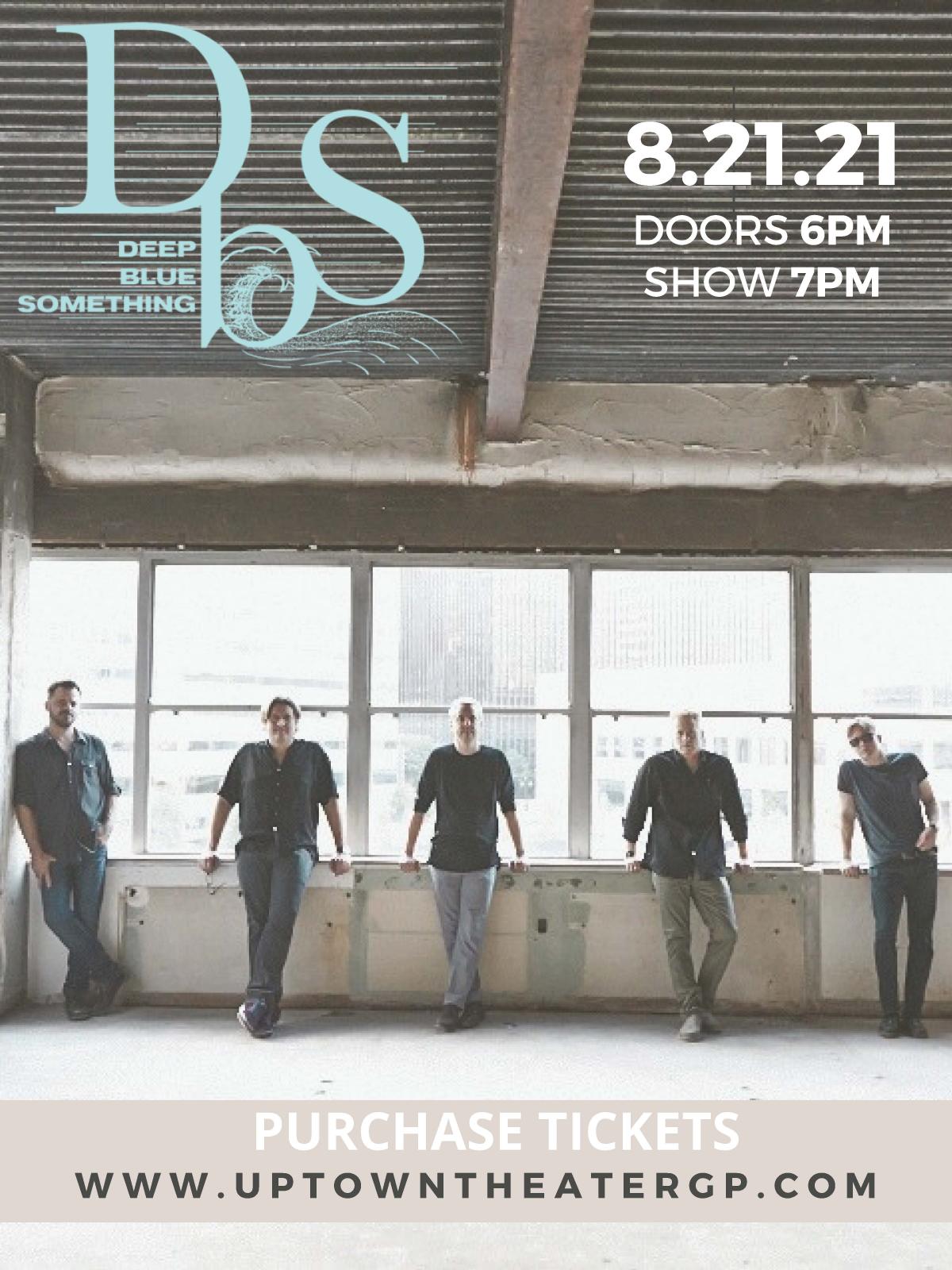 It’s been a while since the worldwide success of the Home album and the singles “Breakfast at Tiffany’s,” “Halo,” and “Josey, ” but Deep Blue Something reconvened in 2016 to record the Locust House EP. The EP has been expanded into a full-length album, and the excitement after a few shows has grown into a genuine desire to hit the road again.

It certainly doesn’t hurt that a whole new generation of fans has embraced the band due to their inclusion in popular films and T.V. series. In one six-month period during 2018, the band’s Spotify listeners went from 200,000 to over a million, and this total continues to grow. Deep Blue Something’s current monthly listenership is 1.75 million and counting . . .

August 21 will see the band coming to The Historic Uptown Theater for the first time since “Breakfast at Tiffany’s” shot to number one 20 years ago.