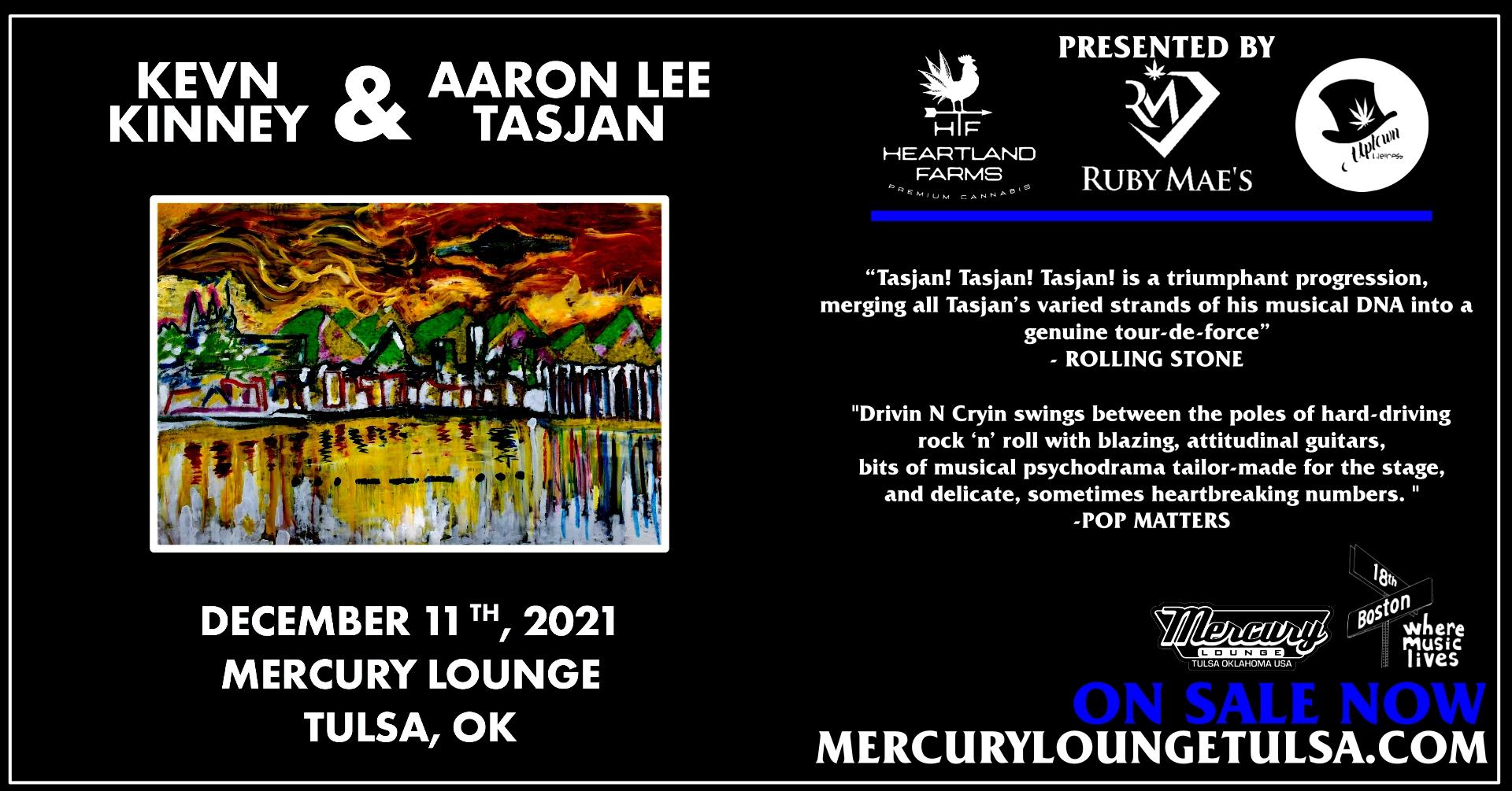 “Tasjan is here to represent, in both lyricism and musical vision, delivered with the whimsy of a sweet and salty spun confection.” - NPR

“Tasjan! Tasjan! Tasjan! is a triumphant progression, merging all Tasjan’s varied strands of his musical DNA into a genuine tour-de-force” - Rolling Stone

“Floating around inside the singer-songwriter and guitarist’s kaleidoscopic consciousness, one might encounter his encyclopedic knowledge of jazz music, ideas for gender-bending stage attire, sage bits of hard-earned wisdom, white-hot glam-rock licks and a seemingly infinite well of compassion for others”. - Nashville Scene

“Nashville-based singer/songwriter Aaron Lee Tasjan offers a playful yet piercing take on technological dependency in his performance of "Computer of Love." - Grammy.com

Kevn Kinney is the lead singer / songwriter of the Atlanta rock band, Drivin N Cryin, who recently celebrated the release of their 9th studio album, ‘Live the Love Beautiful’, on Drivin N Cryin Records. Since the band's 1985 inception, he's released some spare acoustic records on his own, often collaborating with R.E.M. guitarist Peter Buck. MacDougal Blues, released on Island Records in 1990, announced the rocker's arrival on the folk scene, with the engaging title cut and nine more acoustic tracks, produced by Buck, and mostly played by his bandmates from Drivin N Cryin. Though often cited as a working-class lyricist, Kinney cannot easily be thrown into the same bag as Springsteen, Mellencamp, or Dave Alvin. Instead, his is a unique spin on class, not urban yet not completely rural. Kinney still continues to tour as a solo artist in-between dates with Drivin N Cryin, and is known to help host the annual Christmas Jam in Asheville with Warren Haynes. Darius Rucker cut Kinney’s song, Straight To Hell, on his album When Was The Last Time. The Drivin N Cryin song was a major hit on their album, Mystery Road, originally released in 1989